Peter Leithart: Constantine and the end of sacrifice

In the final chapter of Defending Constantine Peter Leithart does two things. He rejects Yoder’s argument about the Constantinian “fall” of the church as being both historically and methodologically flawed; and he puts forward an alternative account of the “major (if not exactly epochal) shift that took place when Constantine converted” and of the subsequent history of the European church. A strong clue as to what shape this alternative account will take is given in the quotation from Augustine that heads the chapter: “God is not the ruler of the city of the impious, because it disobeys his commandment that sacrifice be offered to himself alone.” 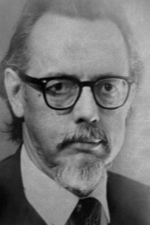 At the heart of the critique of Yoder is the contention that in effect he simply replaces one “Constantinian” narrative with another one. The Constantinian church is heretical, in Yoder’s view, because it aims at “conceptual mastery”, a godlike control of history and historical narrative. But Yoder fails to do what he says a good historian should do, which is to make ‘the imaginative effort to get into the “psychic skin” of his or her subjects in order to capture the openness of the choices before them’ (318). The reason for this failure, Leithart suggests, is that Yoder “starts with a closed narrative, the one he inherited from sixteenth-century Anabaptists” (319), which precludes any attempt to understand what was happening in the fourth century on its own terms. I have argued before that Anabaptism is too entangled in the Christendom mindset to provide the theological basis for the renewal of the church after Christendom. Leithart’s analysis of Yoder’s methodology appears to confirm this.

Now for the constructive part. Leithart thinks that the central theological rationale underlying the Constantinian shift lies in the ending of pagan sacrifice, which is to be seen as the concrete outworking in history of an argument that Paul makes in Galatians 4. For the Jews bondage to the stoicheia or “elementary principles” (4:3) referred “to the life of Israel under the dietary, sacrificial and purity regulations imposed by Torah” (324). Gentiles, on the other hand, were “enslaved to those that by nature are not not gods” (4:8). But the outcome was the same for both groups: “For Gentiles as much as Jews, this bondage meant adherence to animal sacrifice, the keeping of days, the avoidance of contamination” (325). Animal sacrifice held societies in childhood.

Leithart agrees with Yoder that victory over the powers and liberation from the stoicheia was won in the cross and not in AD 312. But it is not insignificant when that victory is appropriated in the subsequent history of the church—as Leithart says, “Church history is not an empty parenthesis between the cross and the eschaton” (325). So in Constantine’s case, liberation from the stoicheia was “evident in the end of sacrifice” (326). The significance of this is summed up in a paragraph in which Leithart quotes extensively and approvingly from Guy Stroumsa’s book The End of Sacrifice: Religious Transformations in Late Antiquity.

This is the “baptism” that I refer to, a moment in history, or a period of history, when a people, nation or empire receives the gospel of the victory of Jesus and is blown by the Spirit from the world of sacrifice, purity, temples, and sacred space and is transferred into a new religio-socio-political world. It is a baptism out of the world of the stoicheia, which, at least for Gentiles, involved the worship of “not-gods,” into a world without sacrifice, a world after the end of sacrifice. Before the fourth century, the world had already seen such a baptism: “it was the destruction of the Temple of Jerusalem… that activated the slow—overly slow—transformation of religion to which we owe, among other things, European culture.” With the fall of the temple, the Jews “offered the example of a society that had succeeded in conserving its ethnic and religious identity, even after the destruction of the only temple where daily sacrifices could be offered.” Such a “sudden disappearance of sacrifices in a community represents a deep transformation of the very structures of its religious life.” The waves from that baptism in Jerusalem eventually reached the Roman Empire. (326-27)

Whatever the merit of this argument about the “desacrificing” of Rome from a sociological perspective, I have some reservations regarding the link with New Testament eschatology. Earlier in the chapter Leithart made the point that “For all its celebration of the martyrs…, Christian anti-Constantinianism does little justice to the martyr’s hopes. The martyrs expected to be vindicated as Jesus had been vindicated—“not only in heaven and on the last day but on earth and in time” (309). Here we seem to have a central thrust of New Testament eschatology. The defeat of the persecutors, the judgment of idolatry, the deliverance of the persecuted, the vindication of the saints, the confession of Jesus as Lord—these are the elements that made up the parousia hope of the early church. The ending of pagan sacrifice is at best only an implicit part of this nexus.

In other respects, though, I would actually push Leithart’s argument further—I don’t think that Leithart grasps its full eschatological force. It seems to me that there is a consistent anticipatory structure to New Testament theology: the story of Jesus’ suffering and vindication intrinsically—not incidentally—anticipates the story of the early church’s suffering and vindication. This is what it meant to be “in him”, to have been baptized into the narrative of his death and resurrection. Jesus is put forward “at the present time” as a demonstration of the righteousness of God for the sake of and in anticipation of the future justification of the churches on the day when God judges first the Jews and then the Greeks (cf. Rom. 3:25-26). The resurrection of Jesus from the dead points forward to—is a sign of—the coming judgment on the pagan oikoumenē.

Finally (skipping over a brief but important section on pacifism, which I may come back to), Leithart comes to an optimistic “Constantinian” conclusion. I’m not sure I share his optimism, but I will let him have the last word:

What can we expect in this middle time? Not much, Yoder thinks. He says that the project of Christianizing the state is doomed. The time when that could happen has long ago passed away. If he is right, we are facing nothing short of apocalypse. I believe that here too Yoder is wrong, and that we can escape apocalypse. But this can only happen on certain conditions: only through reevangelization, only through the revival of a purified Constantinianism, only by the formation of a Christically centered politics, only through fresh public confession that Jesus’ city is the model city, his blood the only expiating blood, his sacrifice the sacrifice that ends sacrifice. An apocalypse can be averted only if modern civilization, like Rome, humbles itself and is willing to come forward to be baptized. (342)

The church changed dramatically in the Constantine era, that much is clear.

At one time I agreed with Yoder that there existed a pure form of christianity and that it was "ruined" so to speak by the people who turned it into a state religion with a completely different set of beliefs. For example, after carefully avoiding "graven images" of Jesus for centuries, suddenly relics and Jesus artwork and holy sites were in vogue.

But now I would say that there is nothing more or less pure about any of the permutations of christianity. Every church era reflects the culture and beliefs and technology of the age, and it always will. So I think it will ever move more further away from its roots.

A new course: Understanding and Practising “Missional Church”
What Jesus has to teach us about our response to the climate crisis
The Apocalyptic Symbolism of Mark 8:38 and (not) the Final Reign of God
Societal collapse, deep adaptation, and an agenda for mission
Multifaith Matters podcast: my conversation with missiologist Michael Cooper about the narrative-historical method
What is the essence of Christianity?
How does the New Testament predict the future?
Who will be taken? Who will be left behind? Darn it, we’re all too late anyway!
END_OF_DOCUMENT_TOKEN_TO_BE_REPLACED