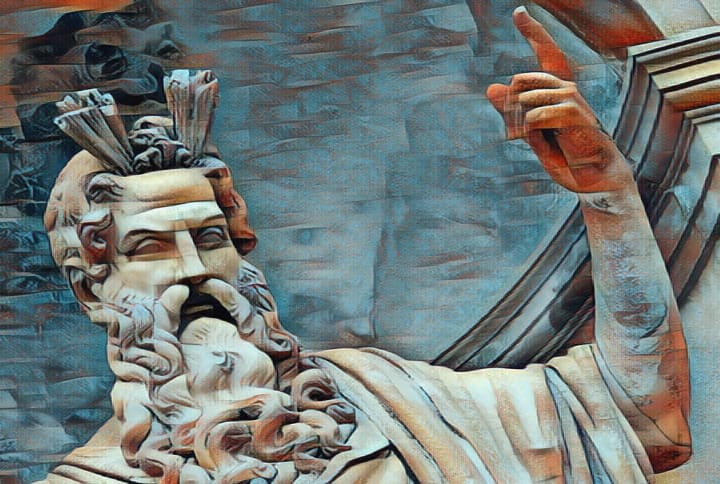 This is an odd two-part post. I came across Cleanthes’ “Hymn to Zeus” in Mike Bird’s Jesus among the gods: Early Christology in the Greco-Roman World. It’s an outstanding early example (third century BC) of the pagan instinct to identify a supreme god who created and now manages the cosmos rationally, by means of his “word.” “In the Stoic sphere,” Bird says, “the Logos was the ubiquity of divine rationality that holds all things together” (131).

The Greek text, with a translation and commentary can be found in E. H. Blakeney, The Hymn of Cleanthes, but I took the trouble of translating it myself, in my usual sub-literary fashion, keeping as close to the flow of the Greek as I reasonably could.