Wolfgang: Sometimes it might be good…
Samuel Conner: Re: Did the reference to…
Douglas Wilkinson: I’d ike to have seen you…
Andrew D: Thanks! That does make a lot…
Andrew: Very astute. The statement…
END_OF_DOCUMENT_TOKEN_TO_BE_REPLACED

How does the New Testament predict the future? (0 comments)
Who will be taken? Who will be left behind? Darn it, we’re all too late anyway! (2 comments)
Resurrection in the Old Testament: literal or metaphorical? (0 comments)
Thom Stark on the coming of the Son of Man: the Bible gets it right, Jesus gets it wrong? (9 comments)
END_OF_DOCUMENT_TOKEN_TO_BE_REPLACED

Who was/is Jesus? If we read the New Testament as historical narrative—rather than through later theological grids—the dominant story by a country mile is the one about the man who was marked out at birth, and by his birth, as Israel’s future saviour and king, who was chosen and anointed by Israel’s God to bring a powerful end-of-the-age message to Israel regarding the coming decisive intervention of God in the affairs of his people for better and for worse, who was fiercely opposed by the political-religious establishment in Jerusalem and put to death, who was raised from the dead, who was given supreme authority to rule as Israel’s king in the midst of his enemies throughout the coming ages, and who was eventually to be confessed as Lord by the nations of the Greek-Roman world. 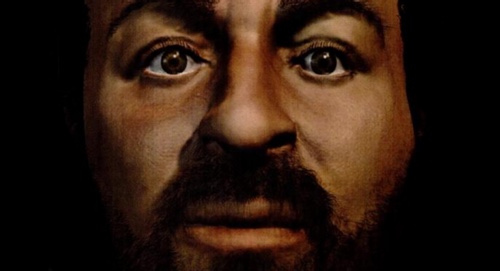 Woven into this thoroughly coherent eschatological narrative is a secondary plot line, according to which the primal Wisdom or Word of God found embodiment and expression in Israel’s revolutionary Messiah: “the Word became flesh and dwelt among us” (Jn. 1:14). This “incarnational” argument, for which we are almost entirely dependent on John, became the foundation stone for the Trinitarian model that the Church Fathers quite reasonably developed over the next two or three centuries.

But in my view, if we are to read the New Testament aright, this cannot be allowed to obscure the primary political character of the story about Jesus. In a further attempt to prevent that happening, here are some of the main pieces of evidence for the basic contention that Jesus was given the authority to act as prophet, Messiah, judge and king, though really it comes down to the whole New Testament story told as a continuation of Israel’s story. If you’re concerned that this way of thinking about Jesus has no personal relevance for you, you could try reading this.