Andrew: I probably do have an answer…
Jo: “These communities believed…
Phil L.: Thank you, Andrew, and I…
Andrew: Hi davo. The point about a …
Andrew: Yes, I now have some…
END_OF_DOCUMENT_TOKEN_TO_BE_REPLACED

The kingdom of God—temporal or spiritual? (0 comments)
The order of the descending city visions in Revelation and why it matters to us (3 comments)
Why the “bride, the woman of the Lamb” is not what I thought it was (6 comments)
So here’s the real reason why the holy city descends twice at the end of Revelation (2 comments)
END_OF_DOCUMENT_TOKEN_TO_BE_REPLACED

The good news of a different future

I am recording a couple of video lectures next week on 1 and 2 Thessalonians. The approach I want to take is to highlight the story that lies behind the two letters, constructed partly from the more or less credible account of Paul’s time in Thessalonica that Luke provides (Acts 17:1-9), partly from Paul’s own record of the circumstances of his preaching there, but more significantly from the extensive eschatological material for which 1 and 2 Thessalonians are well known.

I’m assuming that both letters were written by Paul, that the First preceded the Second, and that they were separated from each other by a relatively short period of time. What this post does is tell this story, which is the story of how Israel’s God intended to put an end to pagan hegemony through the faithful witness of such communities as the “church of the Thessalonians”. It overlaps somewhat with a recent post on 1 Thessalonians as a “document of eschatological formation”.

The good news of a different future

Paul and his colleagues had been shamefully treated at Philippi (1 Thess. 2:2; Acts 16:11-40) and were clearly concerned about what they would encounter in Thessalonica. Paul states that they boldly declared the “gospel of God in the midst of much conflict”, and he is anxious to establish the fact that such opposition does not in any way discredit their claims or disqualify their mission. As he will have to do later with the Corinthians, he labours to defend the integrity of their preaching and dealings with the Thessalonian believers—to the extent that they worked to support themselves financially while they proclaimed the gospel of God (1 Thess. 2:9). The Thessalonians are witnesses “how holy and righteous and blameless was our conduct towards you believers” (2:10).

The subject matter of the “gospel of God” or “word of the Lord” centred on the expectation of a coming day of wrath, when the Thessalonians would be vindicated (or justified) for having abandoned the worship of idols to “serve the living and true God”, and from which they would be delivered by God’s Son, Jesus, from heaven (1 Thess. 1:9-10; 5:9; 2 Thess. 1:10). 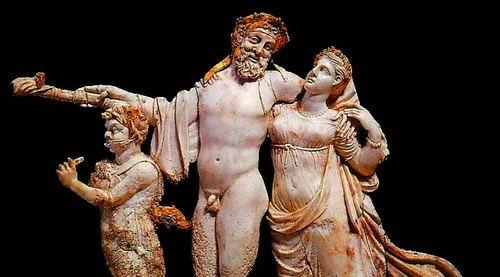 We can correlate this message with the public statement that he would make a few weeks later in Athens: the God of Israel is no longer willing to overlook the centuries of pagan domination; he is calling—by the proclamation of the apostles—people across the empire to repent of their worship of false gods; he has scheduled a day when he will judge the whole pagan system “by a man whom he has appointed”; and they are confident that this will take place because he raised this man from the dead (Acts 17:30-31). It also appears that Paul’s preaching at Thessalonica could be construed as politically dangerous: “they are all acting against the decrees of Caesar, saying that there is another king, Jesus” (Acts 17:7). Luke places the emphasis on the claim that Jesus was the Christ (Acts 17:3, 7), but Psalm 2 makes clear the political significance of the anointing of Israel’s king:

The kings of the earth set themselves, and the rulers take counsel together, against the LORD and against his Anointed….  The LORD said to me, “You are my Son; today I have begotten you. Ask of me, and I will make the nations your heritage, and the ends of the earth your possession.” (Ps. 2:2, 7-8)

The reference to “times and seasons” (tōn chronōn kai tōn kairōn) in echoes Jesus’ words to his disciples before his ascension in response to their question about when the kingdom would be restored to Israel: “It is not for you to know times or seasons (chronous ē kairous) that the Father has fixed by his own authority…” (Acts 1:7). These political connotations are reinforced by the occurrence of the phrase in Daniel 2. Having offered to interpret Nebuchadnezzar’s dream, Daniel prays for insight:

Let the name of the great Lord be blessed forever, because wisdom and majesty are his. And he changes seasons and times (kairous kai chronous), deposing kings and setting up, giving to the sages wisdom and understanding to those who have knowledge and revealing deep and obscure things and knowing what is in the darkness and in the light, and with him there is release. (Dan. 2:20-22; cf. 4:34 = 4:37 LXX)

It turns out that this was a dream about the rise and fall of empires and the eventual establishment by God of “another kingdom that will be forever and will not be corrupted” (Dan. 2:44 LXX). So when Paul writes to the Thessalonians that they do not need to be told anything about the “times and seasons”, he evokes just this sort of narrative about the fall of pagan empire and the elevation of the people of the true and living God.

A community with an eschatological vocation

[pullquote]The Thessalonian believers, therefore, formed a community with an eschatological vocation.[/pullquote] They would serve the living and true God in anticipation of—and as a sign of—that day in history when God would overthrow the pagan system that had controlled the ancient world for so long and would establish his own rule over the nations, from the River to the ends of the earth. They would then share in the “kingdom and glory” of God (1 Thess. 2:12). They were the “firstfruits” of many who would believe this gospel and eventually share in the “glory of our Lord Jesus Christ” (2 Thess. 2:13-14).

The evidence that the Thessalonians had been “chosen” by God for this purpose was two-fold. On the one hand, they had experienced the power of the Holy Spirit (1 Thess. 1:5)—as Paul writes elsewhere, the “guarantee” of the future inheritance (Eph. 1:13-14). On the other, they had immediately been subjected to the same manner of persecution from their own countrymen that not only the apostles, but also the churches in Judea and Jesus himself had suffered at the hands of the Jews (; ; ). This accounts for the intensity of Paul’s concern to hear news from Thessalonica (2:17-3:13). Would the community stand firm against opposition? Would they still be there, at the parousia of Jesus, as proof that he had successfully fulfilled his commission (2:19)?

In the second letter he makes much of the fact that their persecutors would be punished “when the Lord Jesus is revealed from heaven with his mighty angels in flaming fire”—excluded from the new order of things that was to be established (2 Thess. 1:7-9).

In addition to believing in the good news of a radically different future and standing firm in the face of opposition until it arrived, Paul expected the Thessalonians to live differently—in particular, to abstain from sexual immorality, to love one another, and to carry on working as normal (1 Thess. 4:1-12; 2 Thess. 3:6-15).

So here’s what will happen…

Paul cannot answer the obvious question of when exactly the day of wrath or “day of the Lord” would come, though the assumption appears to be that it would happen within the lifetime of his readers. What he stresses is that they should be prepared for it. They should not be complacent but should be armed and ready—like soldiers before a day of battle—for an event of “sudden destruction” that would come upon the world as “labour pains come upon a pregnant woman” (1 Thess. 5:1-11).

Two particular issues, however, did need to be clarified. First, the Thessalonians expressed concerns about those among them who might die before the day of judgment and the parousia of the Lord. Would they not be excluded from the promised vindication? Would they miss out on the life of the age to come? Paul advises them “by a word from the Lord” that the “dead in Christ” would be raised and would share in the public vindication of the community of the living (1 Thess. 4:13-18).

Secondly, at some point confusion appears to have arisen over whether the “day of the Lord” had already come (2 Thess. 2:2). Paul seems to accept that the day of the Lord might have a localized impact, but he reminds them that certain events must first take place. There would be a rebellion; a “man of lawlessness” would no longer be restrained and would take his seat in the temple of God, “proclaiming himself to be God” (2 Thess. 2:1-4). The narrative is loosely dependent on the account of the crisis provoked by Antiochus Epiphanes in Daniel 7-12, which suggests that Paul has in mind a Jewish revolt and the emergence of a hostile and blasphemous ruler—such as Nero—who would openly defy the God of Israel. In the end, the Lord Jesus would destroy this satanically inspired king “with the breath of his mouth” (2 Thess. 2:8-10).1

Surely this is the anti-christ that Jesus will destroy “with the breath of his mouth”?

Also: Why do we believe scripture? Because the authors were divinely inspired and infused with god’s holy spirit? But then, so was Jesus. So are they all god?

Barnabas, I’m not Andrew, but your second question is a strange one. The divinity of Christ has never been understood as simply a matter of the Holy Spirit speaking through him.

Did Jesus believe that Gentiles would be included in the renewed people of God?
Kingdom and mission. What’s changed since Schweitzer? Not much
What is the basis for the mission to the Gentiles?
The kingdom of God—temporal or spiritual?

The kingdom of God—temporal or spiritual?
The order of the descending city visions in Revelation and why it matters to us
Why the “bride, the woman of the Lamb” is not what I thought it was
So here’s the real reason why the holy city descends twice at the end of Revelation
Why does the holy city Jerusalem descend from heaven twice at the end of Revelation?
Apocalyptic thinking and the fate of the dead in the New Testament
Conversation with Rob Bavington about church-planting in Bradford, UK
The sinfulness and salvation of all Israel in Romans
END_OF_DOCUMENT_TOKEN_TO_BE_REPLACED