Gerald: TreeI see the New Heaven as…
Samuel Conner: This is just an…
Helge Seekamp: Here the transcription as…
Helge Seekamp: Now, I worked it through and…
Keith Witwer: Gentlemen,  Thanks for the…
END_OF_DOCUMENT_TOKEN_TO_BE_REPLACED

The destiny of the unevangelised (in narrative-historical perspective)

I happened this morning upon a short video in which the highly regarded New Testament scholar Ben Witherington talks about the fate of people who do not hear the gospel. He asks the question: Isn’t it inherently unfair that people should be damned simply because they haven’t had an opportunity to hear the gospel?

There are two main parts to his answer.

First, he argues from Romans 1 that the reality and power of God is evident in all his creation, so every single person knows the truth of God, but people have exchanged the truth for a lie. This means that people will be held accountable for what they know and for what they do with what they know. It is not the case that a person is “lost” because he or she has not heard the gospel.

Secondly, he suggests that God is not finished with any of us yet. Romans 9-11 tells us that “God still has a plan for Jews who have not received Jesus even after this life”. When Christ comes back there will be a large conversion of Jews and all Israel will be saved (Rom. 11:25-26). Witherington thinks that since we have a gracious God, Paul would probably say the same thing about those who have never heard the gospel—that “there will come a day, at the end of God’s salvation plan, when those who have not yet heard the good news will have an opportunity to respond either positively or negatively when Jesus comes again”. 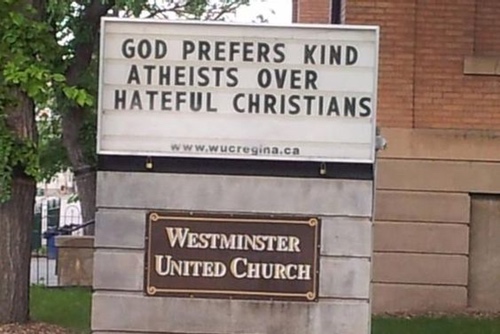 This seems to me to be going about the matter in the wrong way. I address the point because it illustrates, in several ways, the difference between an evangelical-theological interpretation of scripture and a narrative-historical reading.

1. Paul’s argument in Romans 1:18-32 is directed not against humanity in general terms but against the idolatrous culture of Greece and Rome. A similar argument may hold in other historical contexts—we might say that in the post-Christian secular West people have exchanged the truth about God for the lie of his non-existence or irrelevance.

But the point to make here is that Paul expected the wrath of God to come against the “Greek” world, when people would be judged according to what they had done. If, at this judgment, uncircumcised, Lawless Gentiles were found to have lived righteously, they would be “justified” as “doers of the Law” and would gain “glory and honour and peace”. The gospel entailed the proclamation of this coming “judgment”, but it made no difference whether these Gentiles had heard the gospel or not: God was impartial and would judge them fairly according to their works (Rom. 2:6-16, 25-29).

It is a sort of category mistake to expect the New Testament to answer a theoretical existential question about the destiny of the unevangelised.

Witherington says that salvation is not a question of fairness, it’s a question of God’s grace. Paul, however, seems to be saying here that it is very much a question of fairness: Gentiles who lived as though the Jewish Law were written on their hearts, whose hearts were not full of evil, covetousness, malice, envy, murder, strife, deceit, maliciousness, etc. (Rom. 1:29-31), would fare better on the day of judgment than Jews who had the Law but failed to keep it. Perhaps Paul is thinking principally of “God-fearing” Gentiles.

2. I’m surprised that Witherington confuses knowledge of God with hearing the gospel. Paul’s gospel in Romans is that the God of Israel, who is God of the whole cosmos, has raised his Son from the dead and has given him authority to judge and rule over both his own people and the nations. In the context of Paul’s mission to diaspora Israel and the Greek-Roman oikoumenē, those who believed in this good news and who looked forward to a radically different future for the ancient world were “in the right” in God’s eyes and would be justified when eventually God judged the pagan world.

3. When it comes to the interpretation of Romans 9-11, I think we have to keep in mind the simple historical fact that Paul is writing before the events of AD 66-70. For some reason, commentators invariably fail to do this. My argument in The Future of the People of God: Reading Romans Before and After Western Christendom is that the quotation of Isaiah 59:20-21 in Romans 11:26 relates in effect to the coming judgment against Israel, when God “will banish ungodliness from Jacob”. Paul’s hope was that following that judgment Israel as a nation would repent and the branches cut off from the cultivated olive tree would be re-engrafted. But as it turned out, Israel did not repent and so “all Israel” was not saved.

4. That difficult claim aside, on any reading of Romans 9-11 it seems speculative in the extreme to suggest that at the end of God’s salvation plan all humanity will be given the chance to hear the gospel. Why should an argument that has to do specifically with national Israel be applicable to humanity as a whole? Why is there no hint of this in scripture? What about those who are dead? Did Paul imagine that all dead Jews would be raised and told about Jesus? He seems to have thought that only the dead in Christ would be raised at the parousia (1 Cor. 15:21-23; 1 Thess. 4:16). And when we do hear of a resurrection of all the dead, nothing is said of them being given a chance to hear the gospel (Rev. 20:11-15).

So my argument about the “unevangelised” would be this. If we take the biblical witness as a whole, the basic assumption regarding humanity is that all the dead will be raised at a final judgment and judged according to what they have done (Rev. 20:11-15). As with the judgment of righteous Gentiles, the “gospel” doesn’t come into it.

However, the living God has kept a priestly people for his own possession ever since the beginning of empire, and the story of this people has occasioned decisive moments of judgment and salvation along the way, which may be declared as “good news”. The New Testament tells the story of how God judged and saved his people through the agency of Jesus and then went on to judge the ancient pagan world—when some Gentiles were justified because they held to the belief that Jesus had been made Lord and others because they had lived as though the Law was written on their hearts.

But this narrative is made up of large-scale historical events concerning nations and empires, communities and civilisations. It is a sort of category mistake to expect the New Testament to answer a theoretical existential question about the destiny of the unevangelised—other than with respect to a final judgment according to what people have done. History doesn’t work that way.

I find your distinction between the ‘priestly people’ and the rest of the world rings true to the Bible. There never seems to be the kind of panicky evangelism that we have often been battered with because of a ‘no salvation apart from the church’ understanding. Israel was not charged with a call to proselytise and in many ways it is missing from the NT as well, though passages like Matt 28:20 are made to do some heavy lifting on the theme.

What is the role of the priestly people? They bear witness to Jesus, they serve the world with ‘the good works prepared for them’, they seek to be communities of welcome, reconciliation, healing and goodness. It seems pretty clear we are not going to experience a day when other religions crumble and bow to christianity, nor is the secular humanist majority. Is that ok? Is there a horizon of a world at peace, a world of mercy and healing, of ecological harmony that we can believe in and work towards? The priestly community contributes to that horizon but not alone. Maybe the Spirit is working through other agents as well?

I love the “panicky evangelism” phrase, and agree with most of this.

I’m not sure biblically that we should expect global peace and harmony to break out at any point. Scripture seems to me pretty sceptical about humanity’s capacity to overcome its inherent “sinfulness”. I think it will always be a struggle for the church to maintain a convincing witness. In the end, as I read Revelation 20-21, it will require a complete ontological overhaul.

But I certainly think that the church should always seek to embody the possibility of renewal and the ultimate victory of the good creator God.

I wonder why we need to say that the Spirit is working through other agents. Why not just say that humanity is doing good things? Why not give people the credit? It is perhaps a case of false humility on the church’s part that we cannot claim the Spirit of the covenant God for ourselves.