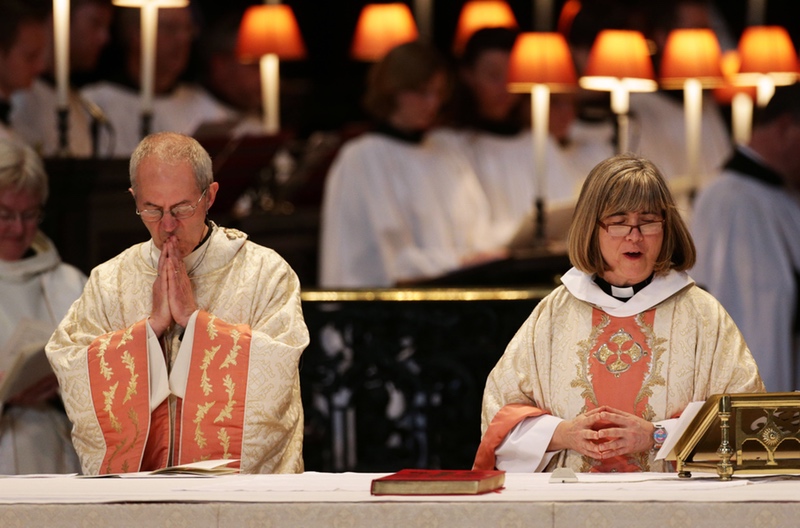 Alastair Roberts is an astute, articulate and assiduous commentator on both scripture and society. I’ve enjoyed reading a lot of what he has written. But I’m disappointed by his defence of the complementarian view of male-female relations in family and church.

In a recent video he makes the case against women’s ordination. He begins by listing briefly the obvious biblical arguments against the egalitarian position: the explicit restrictions found in 1 Corinthians 14 and 1 Timothy 2; the circumstantial evidence that Jesus chose male disciples; the presumption of male leadership in the New Testament church (he defers discussion of the “apostle” Junia); and the precedent of male kingship and priesthood in the Old Testament.

But the main thesis presented is that men and women in scripture do not merely have social functions, they have sharply different symbolic values; and that the church should continue to reflect these symbolic distinctions in its management of male-female relations.

I will summarise the main points of his argument here, somewhat in his own words, and give my reasons for disagreeing with him. I hope he doesn’t mind.

The symbolic pattern is derived from the creation narratives

Roberts thinks that in modern western societies men and women are regarded as interchangeable agents who perform arbitrary social or economic functions. But in scripture men and women have important symbolic weight; they stand for different sorts of relations; therefore, they are not functionally interchangeable.

Adam was created to form, to till the earth, to establish God’s order. Eve brought unity and communion through joining with Adam. They have different orientations in the world, different symbolic roles, which the church should preserve.

The man, supposedly, is associated more closely with heaven, the woman with the earth. Roberts thinks that this is somehow evident in the curse pronounced on Adam and Eve. Like the earth the woman brings forth fruit from her body; the earth is the ʾadamah, the man is the Adam. The womb is associated with the earth. These images are very significant for understanding the symbolic world of scripture. The earth is our mother, God is our father, and as father God is in a different relation to us.

Priests and pastors are to be exclusively male, Roberts argues, because it is a fatherly form of authority that is represented. God’s transcendence is symbolically masculine. He is presented in ways that highlight male authority—as king, judge, sovereign, lawgiver, master, or father. Christ is incarnated as a man who takes a bride, the church.

Pastors need to be aggressive

Patriarchy has traditionally been the social norm because it is male strength that holds groups together. In scripture elders and pastors are primarily guardians and defenders of the church. Female leadership is “nice leadership” that won’t stand for anything, won’t keep churches safe, won’t uphold truth.

Women stand for the heart and inner life of the community, they are its generative source. When women get involved in positions of leadership, the agonistic [sic] dimension of them tends to close down. So either we lose the sensitivity of the heart of society or we have non-combatants on the front line of social issues. The result is that people do not fight error. A nice church will not fight error.

The story of Deborah represents the failure of male leadership

People sometimes point to the Old Testament story of Deborah as an example of a female leader in Israel. But Roberts maintains that what the story really demonstrates is the failure of male leadership. Barak doesn’t want to go into the battle, and the woman Jael has to kill Sisera. When outside forces want to destroy a society, they do so by removing the power of the men. Women establish the inner life and order of a society, but men defend it against external threats. The women give men something to fight for.

Ordained women have the wrong attitude towards power

Roberts thinks that women’s ordination has been ordered around a narrative of empowerment. There is a difference between people who have natural strength who go into an office where they exert that strength for the sake of a community and people who seek office for the sake of empowerment. Women unavoidably bring a false or unnatural authority to bear on the task. The result is that the office is corrupted.

The rise of women in pastoral ministry goes along with the rise of the corporate organisation, detached from the normal structure of life. We think only of offices that need to be fulfilled with different skill-sets, not recognising the differences between people. The corporate model is designed to flatten out individuals.

See also:
The curse of patriarchy and the hope of new creation
Polysemy, pre-eminence, and patriarchy in Paul
Man and woman as “one flesh”: are we just obsessed with sex?

Great article Andrew… thanks very much.

Your argument sounds similar to William Webb in his book “Slaves, Women, and Homosexuals.” I have just finished reading it and find his redemptive-movement hermeneutic compelling. Have you engaged with him at all? I think it would strengthen your argument.

Jesus Have I Loved, But Paul? Chapter 6: Women in the Story of God
Some women and the story of God’s people, and a brief obituary
Did Jesus heal the centurion’s male sexual partner?
What are the differences between man and woman according to the creation stories?