toddh: Very interesting, that…
Andrew: Agreed. We may not be able…
davo: It is not clear that Adam…
Samuel Conner: Thank you, Andrew. I must…
Spring blossom : Luke 4:17 The scroll of the…
END_OF_DOCUMENT_TOKEN_TO_BE_REPLACED

Falling sideways: why not much changed when Adam and Eve sinned (3 comments)
How did Jesus’ disciples imagine that he would “redeem Israel”? (18 comments)
Why the outpouring of the Spirit on the day of Pentecost marked an end, not a beginning (3 comments)
Jamie Davies on the apocalyptic Paul: from interpretation to theology (2 comments)
END_OF_DOCUMENT_TOKEN_TO_BE_REPLACED 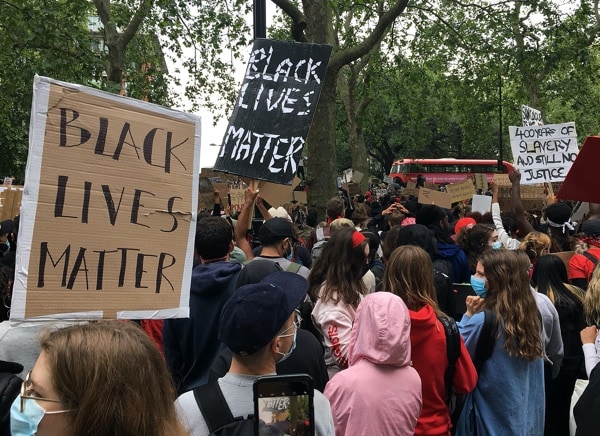 The social unity and cohesion of the churches among the pagan nations was of utmost importance for the apostolic mission. Much of the teaching in the New Testament letters is given over to the issue. We mostly think of church unity as an end in itself, but the apostles also had an eschatological purpose in view.

Neither Jew nor Greek, neither slave nor free, no male and female

For as many of you as were baptized into Christ have put on Christ. There is neither Jew nor Greek, there is neither slave nor free, there is no male and female, for you are all one in Christ Jesus. And if you are Christ’s, then you are Abraham’s offspring, heirs according to promise. (Gal. 3:27–29)

Jesus could not have said “there is neither Jew nor Greek”. He remained in effect, though the term needs to be carefully qualified, a Jewish “nationalist”, with the boundary between Jew and Gentile firmly in place. What was at stake, from his point of view, was the salvation of his people, given that they were on a broad road leading to a devastating war against Rome. At the fringes the odd Gentile benefited from the overflow of the renewal process, and perhaps that was a sign that, when the dust settled, the nations as nations would live in the light of Israel’s renewal. But that was the extent of it.

Paul’s outlook was different. A lot had changed by the time he wrote his letter to the Galatians. Gentiles who believed in the Son of God were now being incorporated into the community that would inherit the promises to Abraham on exactly the same terms as Jewish believers.

Why was this happening? Why were Gentiles being justified by faith in the coming lordship of Jesus, alongside Jewish believers? Because the God of Israel was not the God of the Jews only; he was God also of the nations of the Greek-Roman world (Rom. 3:28-30). After centuries of pagan ignorance (cf. Acts 14:16; 17:30-31), the resurrection of Jesus had demonstrated that history was finally edging towards the moment when the God worshipped by the Jews in Jerusalem would also be worshipped by the Gentiles. Quite something.

The full extent of that vision was to be embodied in the churches which Paul was so painfully bringing to birth as a concrete sign that this outrageous future would be realised.

The promise was not only that they would receive the Spirit of blessing (Gal. 3:14); they would also “inherit the kingdom of God” (Gal. 5:21). By putting on Christ they put on the experience, which was above all the experience of suffering, crying “Abba! Father!” with Jesus in Gethsemane, in the face of persecution (Gal. 4:6; cf. Mk. 14:36; Rom. 8:15). But they also “put on” the future expectation that they would reign with him in the age to come.

Likewise for slaves and women who had put on Christ (cf. 1 Cor. 12:13). They had also received the Spirit on the basis of faith in Jesus as Lord and they would also have a share in the future kingdom of God, the rule of Jesus over the nations. I suspect that there is an allusion here to the giving of the Spirit indiscriminately at Pentecost to form a prophetic community that would proclaim the coming judgment and salvation of Israel:

The distinctions highlighted in these texts probably reflect, too, the centrality of the household in the apostolic mission. Whether Paul expected patriarchy and slavery to be abolished in the age to come is unclear to me. The point of the statement in Galatians 3:28 is only that all who were part of the community of eschatological witness, regardless of their social and ethnic status, 1) had the prophetic Spirit, and 2) would be included in the future kingdom, not excluded from it.

Sometimes, however, a different social tension comes into view.

Here there is not Greek and Jew, circumcised and uncircumcised, barbarian, Scythian, slave, free; but Christ is all, and in all. (Col. 3:11)

Barbarians were non-Greeks. They were, therefore, uncultured and spoke vulgar and to the Greeks incomprehensible languages. So a person who speaks in tongues in the Spirit will sound like a “barbarian” (barbaros)—speaking gibberish—unless there is an interpretation (1 Cor. 14:10-11, 13).

Explaining his eagerness to preach the good news of the coming kingdom of God in Rome, Paul says that he is “under obligation both to Greeks and to barbarians, both to the wise and to the foolish” (Rom 1:14). Perhaps tongue in cheek, he echoes the prevailing cultural assumption that the Greeks were wise and the barbarians were anoētoi, foolish, unintelligent, backward. The people of Malta who showed kindness to Paul after the shipwreck are called “barbarians” (Acts 28:2, 4). ESV has “the native people”.

The very specific reference to the Scythians is odd. They came from the region around the Black Sea and were regarded as an especially savage type of barbarian. Josephus comments that they “take a pleasure in killing men, and differ little from brute beasts” (Apion 2:269). He goes on to say that they killed Anarcharsis, “a person greatly admired for his wisdom among the Greeks, when he returned to them, because he appeared to come fraught with Grecian customs” (Apion 2:269). That illustrates rather well the distinction between intelligent Greeks and stupid barbarians.

But Paul is thinking here of Scythians living in such Greek or Roman cities as Colossae, in all likelihood as slaves. When he talks about preaching the gospel to barbarians and Scythians, I doubt that he is thinking in terms of systematic mission beyond the borders of the Greek-Roman world. His intention has always been only to claim the oikoumenē, in its entirety, for the God of Israel, east to west, top to bottom—from Jerusalem to Spain (Rom. 15:19, 24), and from the emperor down to the most wretched slave, represented by the Scythians. The kingdom of God was a political matter.

The full extent of that vision was to be embodied in the churches which he was so painfully bringing to birth as a concrete sign that this outrageous future would be realised (cf. Col. 1:24-27).

The deeply rooted contradictions between wisdom and folly, power and weakness, wealth and poverty were being nullified by the apostolic message, which was that through the cross of Jesus the one true living God was turning the whole oikoumenē on its head (cf. Acts 17:6-7). This reversal included salvation, but the more fundamental claim was directed towards the future: the God of Israel would judge the empire (Acts 17:31) and establish Jesus as ruler of the nations (Rom. 15:12).

In my previous post I asked the question, somewhat hypothetically, what new meaning repentance, faith and baptism would have in a climate emergency scenario. We could ask the same question with respect to a racial justice scenario. Our world is changing, it is being turned upside down.

I think it is important to stress that the early believers were baptised not just into Christ but into a story about Christ—a story that would entail their own suffering and death with him, on the one hand, and their future vindication with him at the parousia, on the other. Evangelicals struggle to grasp that point because they have no good way of talking about the God of history.

I suggest that a narrative-historical perspective pushes us to consider what story we now become part of when we are baptised—black and white, rich and poor, educated and uneducated, young and old, conservative and progressive, native and migrant, male, female, and transgender, straight and gay—into Christ.

What outrageous future is waiting to be realised?

Thanks for this. A question (or two).

Further to your paragraph “Likewise for slaves and women who had put on Christ (cf. 1 Cor. 12:13). They had also received the Spirit on the basis of faith in Jesus as Lord and they would also have a share in the future kingdom of God, the rule of Jesus over the nations.”

I wonder what we should expect ‘receiving the Spirit on the basis of faith in Jesus as Lord’ to mean and look like for individuals and communities of faith in the times in which we are living? How might we anticipate this beIng manifested and with what expectations and outcomes?

More crudely, how do we recognise and realise receipt of the Spirit?

(I confess that my perspective is coloured by my now somewhat tired recollection of the confident anticipations of charismatic fellowships).

Falling sideways: why not much changed when Adam and Eve sinned
Why did Jesus instruct his disciples not to preach the kingdom of God to Gentiles and Samaritans?
Jesus as Alpha and Omega, first and last, beginning and end
Why Romans 8 should not make you a Calvinist
Why will Sodom and Gomorrah be present on the day of God’s judgment against Israel?