Gerald: TreeI see the New Heaven as…
Samuel Conner: This is just an…
Helge Seekamp: Here the transcription as…
Helge Seekamp: Now, I worked it through and…
Keith Witwer: Gentlemen,  Thanks for the…
END_OF_DOCUMENT_TOKEN_TO_BE_REPLACED

Jesus and the empire to come 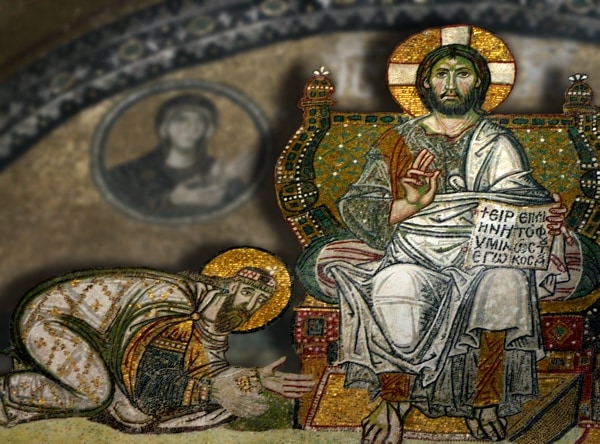 The letter to the Hebrews is a Jewish-Christian text, perhaps an exclusively Jewish-Christian text. At its theological core is the argument that Jesus has become their heavenly high priest. But he is a high priest “after the order of Melchizedek,” which means that he is not only a priest, he is also a king (Heb. 5:6, 10; 6:20; 7:1, 11, 15). This is the point that is made in the opening passage (Heb. 1:1-2:9).

In the past the God of Israel spoke in vain many times to his people through the prophets, more recently through his Son, whom he sent to the badly managed vineyard of Israel to do the work of a servant (Heb. 1:1-2). I paraphrase a little.

This Son was killed by the leaders of Israel, but YHWH’s immediate response was to “make” or “appoint” (ethēken) him “heir of all things.” So having made “purification” for Israel’s sins, he “sat down at the right hand of the Majesty on high, having become as much superior to angels as the name he has inherited is more excellent than theirs” (Heb. 1:3–4, 13).

For reasons best known to himself, the author then elaborates at some length on the superiority of Jesus to the angels, through to the end of this passage. I will confine myself to the kingdom theme.

At the moment of his heavenly enthronement, and not before, God says to Jesus, in the words of Psalm 2:7, “You are my Son, today I have begotten you” (Heb. 1:5). What the psalm asserts is that, when the nations conspire against him, YHWH will establish his king and will eventually give him the hostile nations as his “heritage,” to “shepherd them with an iron rod” (Ps. 2:9 LXX). In this way the covenant with David will be fulfilled: “I will be to him a father, and he shall be to me a son” (Heb 1:5; cf. 2 Sam. 7:14).

The construction with hotan and the aorist subjunctive in Hebrews 1:6 arguably refers to a future event: “when he brings (hotan… eisagagēi) the firstborn into the empire (oikoumenē).” The construction is found in numerous statements in the New Testament with an eschatological import—for example:

I highlighted the royal significance of the “firstborn” motif in the previous post on the Cosmic Christ. The word oikoumenē is likely to refer not to the whole world or to the cosmos but to the political entity that supremely opposed YHWH and his anointed (cf. Lk. 2:1; Acts 11:28; 19:27; 24:5; Rev. 12:9).

So the meaning of Hebrews 1:6 is that when, some time in the future, YHWH introduces his firstborn, Israel’s king, to the whole Greek-Roman world, to the domain currently governed by Caesar, all the angels will pay homage him.

Jesus has been seated at the right hand of God to rule in the midst his enemies until that day when he will be “revealed” to the nations of the Roman Empire, and the whole political order—not just the few who now believe—will be subjected to him.

The argument is summed up in the last part of the passage. God has “subjected the oikoumenē to come” to Jesus, leaving nothing outside his control (Heb. 2:5-8). This is not yet apparent: “At present, we do not yet see everything in subjection to him.” It would take some time before the whole Greek-Roman world was fully assimilated into the new translational political-religious system (i.e., an empire) under the Lord Jesus, to the glory of Israel’s God.

In the meantime, the Jewish-Christian readers of the letter “see”—no doubt in the spirit’s eye—the crucified Jesus now enthroned and “crowned with glory and honour” (Heb. 2:9). He has tasted death for all of them, therefore they have no need to fear the hardships that lie ahead. It is this shared experience of suffering that provides the bridge to the high priest theme.

Why does the holy city Jerusalem descend from heaven twice at the end of Revelation?
Jamie Davies on the apocalyptic Paul: the J. Louis Martyn school
Jamie Davies on the apocalyptic Paul: from Weiss to Martyn
Why did Jesus instruct his disciples not to preach the kingdom of God to Gentiles and Samaritans?
Did Jesus promise to return within the lifetime of his disciples?

Jamie Davies on the apocalyptic Paul: the J. Louis Martyn school
Jamie Davies on the apocalyptic Paul: from Weiss to Martyn
The narrative vocabulary of rape in the Old Testament and the counter-example of Amnon and Tamar
No one’s blaming Bathsheba
Further notes on David and Bathsheba
Did David rape Bathsheba?
The marginalised servant of the Lord: existence, function, and dysfunction
When prophecy mostly didn’t fail
END_OF_DOCUMENT_TOKEN_TO_BE_REPLACED