davo: When the ordinary Jewish…
Mark Newton : What I don’t understand is…
Kevin Holtsberry: Very helpful summary. I…
Andrew: Thanks, for this, Richard…
Samuel Conner: Just starting into your new…
END_OF_DOCUMENT_TOKEN_TO_BE_REPLACED

In the form of a God: The Pre-existence of the Exalted Christ in Paul: what the book is about and why (2 comments)
Notes on J. Richard Middleton’s The Liberating Image: The Imago Dei in Genesis 1 (0 comments)
Our eco-theological blindspots and the climate crisis (0 comments)
Biblical hermeneutics and the destabilising of the world (0 comments)
END_OF_DOCUMENT_TOKEN_TO_BE_REPLACED

The scandalous particularity of Jesus 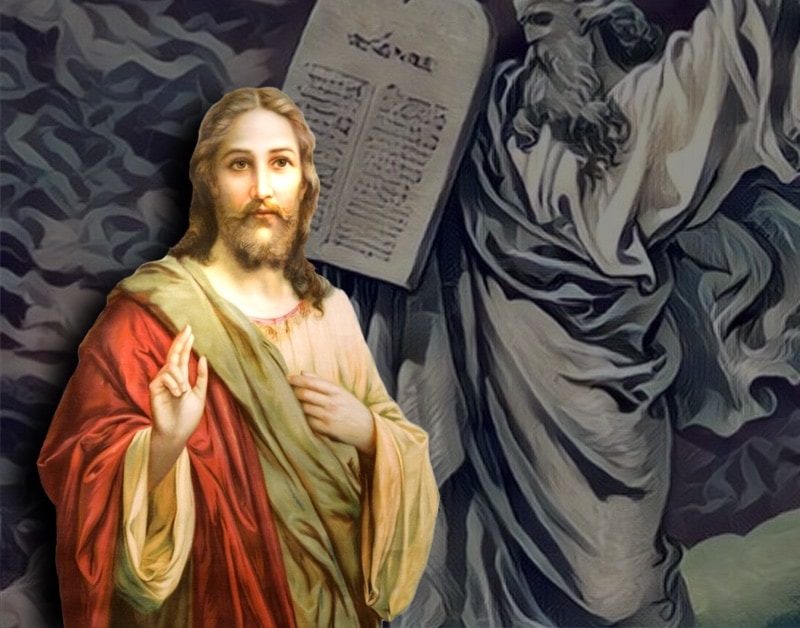 John Morehead had this to say about my “Is there only one way to heaven?” post, and I want to explore some thoughts in response to it:

…as you developed this piece, for me it lost theological momentum when you got to the section on how the early parts of the post connect to the question of Jesus and other religions. I do think that good arguments can be made for God revealing himself (the “God-consciousness” you refer to) among other religions. At the same time, I wonder how this accounts for Israel as a light to the nations, the proclamation of the one true God in their midst, and the “scandal of particularity” in Christianity.

The fundamental “scandal of particularity,” biblically speaking, I think, is not that Jesus is the only way to God. That is a secondary matter. It is that God chose Abraham to be the father of a people who would obey and serve him alone throughout history. The ideal self-understanding of Israel, which carries over into the New Testament, was that they bore the weighty responsibility of functioning as a holy and righteous priesthood in the world, not as a professional elite but as a whole nation, in the service of the one creator God, who had revealed himself to Moses as YHWH (cf. Exod. 19:6; 1 Pet. 2:9). What the Bible gives us, and what we are still living out, is the long, complex, chaotic, and often disappointing story of this vocation.

Originally, therefore, the scandalous particularity consisted in the fact that Israel uniquely among the peoples of the ANE worshipped YHWH alone to the exclusion of all other gods. Hence the first commandments:

That every knee should bow and every tongue confess

That is the basis for the Isaianic hope that YHWH’s servant, Israel, would be a light to the nations. Through the salvation of Israel from exile and the restoration of Jerusalem—a singular and scandalous divine action!—the surrounding polytheistic nations would learn that there is only one God:

Assemble yourselves and come; draw near together, you survivors of the nations! They have no knowledge who carry about their wooden idols, and keep on praying to a god that cannot save. Declare and present your case; let them take counsel together! Who told this long ago? Who declared it of old? Was it not I, the LORD? And there is no other god besides me, a righteous God and a Savior; there is none besides me. Turn to me and be saved, all the ends of the earth! For I am God, and there is no other. By myself I have sworn; from my mouth has gone out in righteousness a word that shall not return: ‘To me every knee shall bow, every tongue shall swear allegiance.’ (Is. 45:20–23)

In the Hellenistic-Roman period this tension remained operative, though the church as it moved into Europe was confronted with a Platonist rationalist monotheism and latched on to this in order to construct a new theology for Christendom, as the old gods of Greece and Rome faded from sight.

So it was the vigorous and exclusive monotheism of Jewish faith that warranted and sustained the particularity that we find in the New Testament. It was more or less an empirical fact that devotion to the one God who made the heavens and the earth was found uniquely in Israel.

The particularity of Jesus consisted in the fact that he uniquely saved the Abrahamic-priesthood of the one creator God from annihilation or obsolescence. As Peter declared to the Jewish Council, Israel’s builders rejected this stone, but by raising him from the dead, God made him the cornerstone. So “there is salvation in no one else, for there is no other name under heaven given among men by which we (ie. ‘we Jews’) must be saved” (Acts 4:12).

That is what I mean when I say that the particularity of Jesus was secondary.

But the story continues

But the story continues. Having been made the cornerstone—seated at the right hand of God as judge and ruler—Jesus became the one through whom the Isaianic vision was finally realised. It was a matter of history that the polytheistic nations of the Greek-Roman world repented of their idolatry and turned to serve the “living God, who made the heaven and the earth and the sea and all that is in them“ (Acts 14:15; cf. 1 Thess. 1:9-10; Rev. 14:7).

Why did they do that? Because they believed that the God of Israel really had raised his Son from the dead and had invested in him all authority and power. So in the end, it was “at the name of Jesus” that every knee bowed and every tongue confessed that Jesus Christ was Lord, to the glory of the one living God of the Abrahamic-priesthood of Israel.

That brought the scandalous particularity at the heart of the biblical narrative to its proper historical climax—the one God worshipped by the nations because the one saviour, by his suffering and death, had redeemed the one priestly-prophetic people from utter destruction.

We have inherited that story and are bound by it. The vocation remains in force. We become part of the Abrahamic-priesthood on God’s terms, for his service, for the sake of his glory in the world. But the context in which we must practice the priestly-prophetic function has changed out of all recognition. It is not now the clash with regional and frequently imperialistic polytheisms. It is, I would argue, at least in the West, the determined debarment of God from public discourse at a time when the heavens and earth and sea and all that is in them are in such jeopardy.

That is the scandalous particularity that we should be concerned about—the insistence that the world that we are trashing is God’s world.

Yes, becoming part of the Abrahamic-priesthood brings forgiveness, blessing, a vital personal relationship with the living God, etc., but before that it is a vocation and a weighty responsibility.

Related content
Is there only one way to heaven?

It’s a matter of historical record that “the powers” (taking these to be the gods of the Roman world) were abandoned as Israel’s ancient faith, in its new christian garb, spread throughout the Empire.

I’m curious what the proposals are, within the Narrative Historical approach, for understanding how  Jesus’ death by means of the Cross “disarmed the powers”.

Likewise, elsewhere Paul reckons that the “archons of the age” would not have crucified Jesus had they understood what YHWH was up to. Is that the same thought?

It would be quite something, IMO, if this approach to the NT could lead to an ecumenically acceptable “theory of atonement”. Unity at last!