Andrew: See above.
Andrew: I always struggle with this…
Arthur Davis: Thanks for this one, Andrew…
Jo: “In a narrative-historical…
Andrew: Hi Rosemerryn, thanks. Just…
END_OF_DOCUMENT_TOKEN_TO_BE_REPLACED

When prophecy mostly didn’t fail (4 comments)
What did it mean to be the “fragrant aroma of Christ”? (0 comments)
Oops, mustn’t forget it’s Pentecost Sunday this weekend (0 comments)
No, not that undomesticated Jesus, the other one (9 comments)
END_OF_DOCUMENT_TOKEN_TO_BE_REPLACED

Is there any hope of redemption in Genesis 1-11? 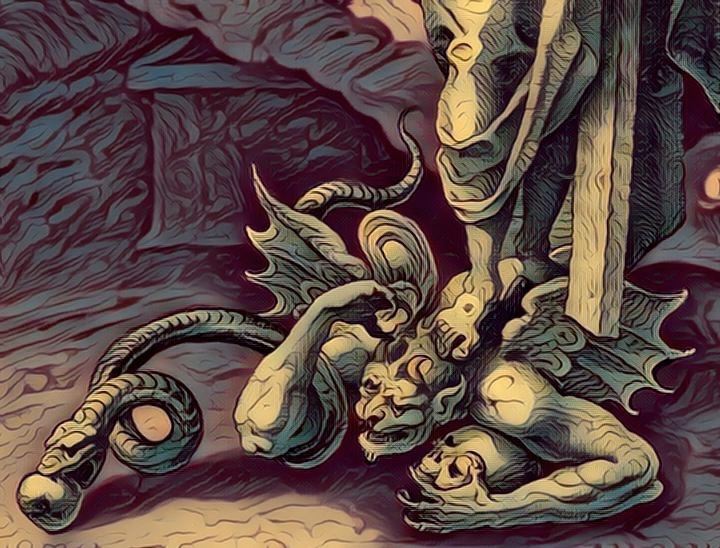 It is clear from reading recent books on missional church that a missional theology needs to extend in two directions. It needs to extend in a social direction to encompass the existence of churches as communities interacting with societies; and it needs to give an account of the temporal dimension of the existence of churches by telling the story of which they are part. Michael Goheen’s book A Light to the Nations: The Missional Church and the Biblical Story addresses both these aspects in solidly biblical terms: the relation of the missional church to the nations as an outworking of the biblical story.

But in common with many who set out to tell the biblical story with the mission of the modern church in mind, Goheen exhibits a tendency to make the narrative relevant first by universalising it, then by steering it towards a familiar—and theologically safe—redemptive outcome. My view is that the biblical story needs to be understood in narrower, more contingent, more historical terms, which means, among other things, that the redemption of the whole of creation is not what it’s about. In the end, creation is not redeemed or restored; the old one disappears, and a new one is installed in its place (Rev. 20:11; 21:1).

To illustrate the point, let’s look at how the story begins. Goheen finds in Genesis 1-11 three emphases that constitute the background to God’s promise to Abraham in chapter 12 (27-27).

First, the narratives establish a “creation-fall-restoration” storyline. The creation and fall parts are obvious. The promise of restoration is found in the word to the serpent in Genesis 3:15: “I will put enmity between you and the woman, and between your offspring and her offspring; he shall bruise your head, and you shall bruise his heel.”

Secondly, the stories of Genesis 1-11 set the stage for Abraham by establishing the universal scope of God’s sphere of interest. God is Lord over all the nations; “all humanity owes him their undivided allegiance and loyalty”; he holds all humanity accountable. So equally “in his redemption God reaches out to all; God offers his promise to all peoples, so that all nations might again acknowledge him and know his glory” (28). Admittedly, the focus of the story narrows in Genesis 12 to one man and one nation, but this would eventually be for the sake of all nations.

Thirdly, we see in these opening chapters an escalation of the consequences of sin. The dark stain of the original sin spreads “throughout all nations, into every nook and cranny of human life.” All humanity and all creation are alienated from God.

I’m surprised that Goheen places so much theological and narrative weight on this highly questionable reading of Genesis 3:15. Nothing in the text points to an identification of the serpent with Satan, whatever may have been made of it in later Jewish tradition. Nothing hints at a reversal of the consequences of the decision to eat of the tree of the knowledge of good and evil.

The basic thought here is that snakes and humans will be perpetually at odds with each other. No end to the enmity is in view. “The imperfect verb is iterative. It implies repeated attacks by both sides to injure the other. It declares lifelong mutual hostility between mankind and the serpent race.”1

The Septuagint translates the Hebrew verb shuf with tēreō, meaning perhaps that the woman’s offspring will “watch out for” or “be on guard against” the offspring of the serpent, and vice versa, which avoids the problem of the same verb being used for two quite different actions.

There is no clear reference to the text in the New Testament, which is awkward if we want to make it definitive for the whole biblical story and a statement of God’s intention both to “crush all the evil forces unleashed by Adam and Eve’s rebellion” and to “heal creation in spite of persistent human failure and faithlessness” (27).

Paul assures the churches in Rome that the “God of peace will soon crush (syntripsei) Satan under your feet (Rom. 16:20), but the language is very different and the reference is likely to be to the sort of Satanic opposition to the churches that will require them soon to put on the “armour of light” (Rom. 13:11-14). The casting of “that ancient serpent, who is the devil and Satan” into the abyss to be imprisoned for a thousand years following the overthrow of pagan Rome has similar import. It is the enemy of the church, not of humanity, who is confined, and the link with the Genesis text is tenuous.

In any case, the words spoken to the serpent hardly amount to a promise of restoration for humanity. There is no hope expressed in the whole of the divine judgment in Genesis 3:14-19: the snake is cursed all the days of its life; women will always suffer pain in childbirth, men will always work the fields in pain; and men and women will finally return to the dust of the earth from which they came. Wenham thinks that the “curse envisages a long struggle between good and evil, with mankind eventually triumphing.” But why should mankind triumph over the serpent and not over the pains of childbirth and agriculture and the final reality of death?

In the presence of Babel

The second characteristic is less controversial, but there is still a tendency to over-interpret, I think, in order to sustain a general, modern missional theology. It is not a distinctive emphasis of these chapters that God is the great King over all the earth—he is, in fact, nowhere said to be king. The flood is a judgment on the wickedness and violence of humanity, but it is followed by a renewal of creation and the promise never to destroy the earth again (Gen. 9:11). The problem after the flood is sin of a different kind—the beginning of technology and empire in the form of a proto-Babylon. Human ambition is hampered by dispersion across the face of the earth and the confusion of language, but Abraham and his family are brought from the land of the Chaldeans presumably in order to defy the might of pagan empire at a later stage.

What we have here is the beginning of a story not of universal redemption, as Goheen suggests, but of regional defiance: a faithful people of God living in the shadow of Babylon’s power. That the New Testament climaxes in the overthrow of “Babylon the great” (Rev. 18) shows how little the apostolic witness digresses from this storyline.

What the opening chapters of Genesis prepare us for is the story of a new creation people whose survival is always threatened by its more powerful Godless neighbours. The story of the missional church today is no different. We are a new creation people, given priestly and prophetic responsibility, gravely threatened, in all sorts of ways, by the success of secular consumerist humanism.

I don’t see that the calling of Abraham to be the father of a great and famous nation (Gen. 12:1-2) is introduced in any way as a solution to the problem of human sin or as the means by which God will put everything right. Goheen asserts that “God chooses Abraham and gives him the promise that the blessing and harmony of God’s good creation will be restored for the nations through Abraham” (29). That is nowhere claimed.

It seems to me correct to say that Abraham’s descendants would, in principle, recover something of the original blessing of creation, and that they would mediate that blessing to the surrounding nations. But the blessing would be mediated only to nations which in turn blessed Israel. Those peoples who cursed Abraham’s descendants would, by the same token, be cursed. This suggests, on the one hand, that the blessing was reciprocal, and on the other, that Israel’s world was more likely to be divided between friends and enemies than restored to a pristine harmony or shalom.

Goheen notes that the word “curse” is used five times in the whole of Genesis 1-11, whereas “bless” is used five times in Genesis 12:1-3, making it clear that “in Abraham God will reverse the effects of sin.” But the two-sided formula occurs elsewhere in the Old Testament (Gen. 27:29; Num. 24:9), and is borne out in the concrete historical experience of the nation. It is not until we get to Jesus that it is turned on its head: “But I say to you who hear, Love your enemies, do good to those who hate you, bless those who curse you, pray for those who abuse you” (Lk. 6:27–28). But such a radical re-application in response to eschatological opposition is beyond the horizon of the patriarchal narratives.

There is no thought of a long-term universal or cosmic redemption in Genesis 12:1-3. The point, rather, is that Israel will endure an ambiguous and challenging existence among the nations as it seeks to stay faithful to its identity as a people chosen to serve the living God.

When Paul quotes the promise to Abraham that in him all the nations shall be blessed (Gal. 3:8), it is in order to include Gentiles, by virtue of their faith, among the descendants of Abraham. But the narrative frame hasn’t changed: Gentiles have become part of a priestly-prophetic new creation community which continues to endure an ambiguous and challenging existence among the nations, etc.—through to the overthrow of pagan Rome and beyond.

Related content
Does the gospel first appear in Genesis 3:15?
Was the gospel told first to the serpent?

When prophecy mostly didn’t fail
What did it mean to be the “fragrant aroma of Christ”?
Oops, mustn’t forget it’s Pentecost Sunday this weekend
No, not that undomesticated Jesus, the other one
What does Luke’s account of Paul’s visit to Athens tell us about how to do “missional church”?
Not sure about the charts: please explain…
Kingdom of God and missional church: not as difficult to define as you might think
Defying history: the future of the church in a Third World Culture
END_OF_DOCUMENT_TOKEN_TO_BE_REPLACED