Gerald: TreeI see the New Heaven as…
Samuel Conner: This is just an…
Helge Seekamp: Here the transcription as…
Helge Seekamp: Now, I worked it through and…
Keith Witwer: Gentlemen,  Thanks for the…
END_OF_DOCUMENT_TOKEN_TO_BE_REPLACED

What is the eschatological wisdom of God up to these days? 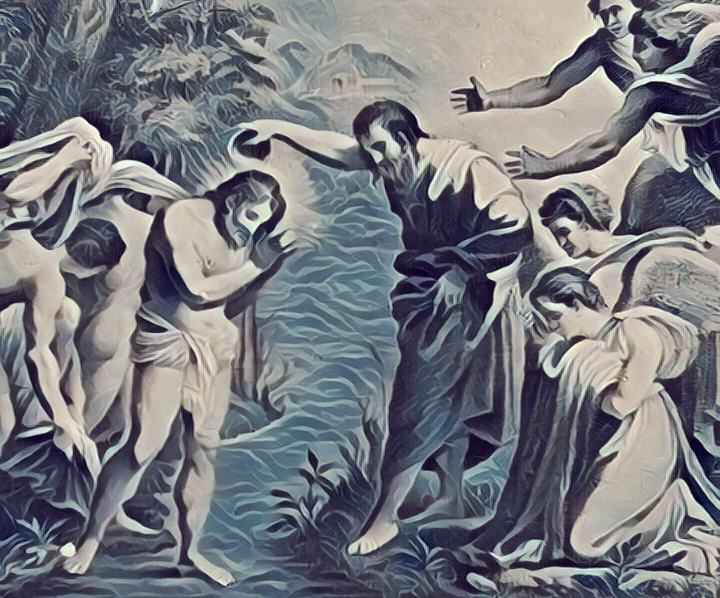 My recently developed narrative missiological model has three main parts to it. During periods of stasis the people of God is 1) new creation and 2) royal priesthood. During periods of crisis those functions tend to be reduced, and 3) a prophetic identity comes to the fore. We are currently in a protracted period of crisis following the collapse of Western Christendom, and the church is having to learn how to embody the conviction that it has a viable future. I think, however, that the important biblical theme of divine wisdom needs to be integrated into this model, so here we go….

My suggestion would be that wisdom is a golden thread running through each layer of the missiological identity of the people of God, with its origins in the simple idea that God created the world wisely. There is a social wisdom that enables us to live well as a new creation. There is a priestly wisdom that communicates the ways of God to the world. There is a prophetic wisdom that explains the reasoning or mind of God in a time of crisis. It is this prophetic or eschatological wisdom that dominates the New Testament, for obvious reasons, and there is a very interesting backstory to it in ancient Jewish literature. Actually, two stories.

Wisdom as the delighted child watching the creation the world

The first story is found in Proverbs 8:22-31. Wisdom preceded the creation of the world and was present when the boundaries of heaven, earth, and sea were drawn. She was with God as ʾamon—either as a “craftswoman” or, perhaps more likely, as a playful child, in whom God delights.1

Wisdom is given a constructive role in Psalm 104:24: “O LORD, how manifold are your works! In wisdom have you made them all; the earth is full of your creatures” (cf. Prov. 3:19; Wis. 9:1-2; Philo Worse 54; Heir 199; Flight 109). But we notice in Proverbs 8 that wisdom was “acquired” by God at the beginning of his work, “brought forth” presumably as his own child and established in a place of supreme honour at his side (Prov. 8:22-26). As God creates the world, wisdom is inactive, merely an onlooker, rejoicing in what God is doing, taking delight especially in the “children of man” (Prov. 8:31). But personified wisdom is no longer a child. She has grown up and now stands at the crossroads or at the gates of the towns calling people to hear her instruction and be wise, to pursue wisdom and find life rather than injury and death (cf. Prov. 8:1-5).

This is clearly a “new creation” wisdom, so to speak. The personified wisdom that understands and delights in the workings of the whole created order invites Israel and the surrounding nations to live wisely, and so to find life.

The second story is found in the Hellenistic literature and is told in two contrasting ways. Universal wisdom came from the mouth of the Most High “from the beginning,” and went in search of a people “in whose inheritance I would settle” (Sir. 24:7). She is instructed by God to “Encamp in Jacob, and in Israel let your inheritance be.” So wisdom ministers before God first in a “holy tent,” then in Jerusalem (24:8-12). In other traditions wisdom is embodied in Torah. Wisdom or the “way of knowledge” is “the book of the decrees of God and the law that remains forever. All who seize her are for life, but those who forsake her will die” (Bar. 4:1; cf. Sir. 24: 24:23, 25-27). Here we see a glimpse of a priestly wisdom.

According to the author of Similitudes of Enoch, however, when wisdom went out looking for a place to dwell, she found no welcome and so returned to heaven and settled among the angels. Iniquity, by contrast, was warmly received by people, much to her surprise. “And she dwelt with them, like rain in a desert, like dew on a thirsty land” (1 En. 42:1-3). The author has Israel’s present crisis in view and expects a “day of burden and tribulation” when God will set things right. The Son of Man or Chosen One, who was “concealed in the presence of (the Lord of the Spirits) prior to the creation of the world,” will reveal the wisdom of God to the elect (1 En. 48:6-7). The Son of Man, therefore, knows this wisdom because he was also there in some capacity from the beginning of all things, and he communicates wisdom to the persecuted elect in Israel at this time so that they can be the effective agents of eschatological judgment—the punishment of the wicked in Israel, the overthrow the pagan enemy—and restoration.

The word became flesh and lived among us

More or less the same crisis is in view in the more or less contemporary writings of the New Testament, and a similar story about the wisdom or word of God is told.

The word of God, which was at the beginning, through which all things were made, which was the life and light of humanity, has come looking for a place to dwell—to set up its tent—in the present age but has been rejected by Israel. Only this time, the word or wisdom of God is identified not with Torah but with a human person. Probably with reference to Jesus’ baptism, John says that the creative word “became flesh,” bringing the grace and truth necessary to resolve the crisis and renew the people of God (Jn. 1:1-18).

For Paul, however, how Jesus embodied divine wisdom is less a matter of his personal ontology than of the actions and events by which the resolution to Israel’s present crisis has been achieved. Christ “became to us wisdom from God” in a form that was a stumbling block to the Jews and sheer folly to the Greeks (1 Cor. 1:18-31). The rulers of the current age, which was passing away, failed to understand that it would be precisely through the suffering and failure of the cross that God would bring the old corrupt order to an end and restore his people.

Moreover, as in Similitudes of Enoch, this profoundly paradoxical, creative wisdom is transmitted to the “elect,” who were to be instrumental in the longer eschatological process. To those who are called, both Jews and Greeks, Christ crucified is “the power of God and the wisdom of God”; God has chosen the foolish to shame the wise; they are “in Christ Jesus, who became to us wisdom from God,” etc.; those who have the Spirit of God have “the mind of Christ” and therefore understand how their own suffering and perhaps death will be the means by which God will transform the ancient world (1 Cor. 1:24, 27, 30).

So here’s the New Testament argument about the eschatological wisdom of God. The wisdom that was actively present at the beginning of all things is now bringing a new world into existence. The transition is marked by the punishment of unrighteous Israel, the overthrow of the pagan order, and the renewal of the people of God through the faithfulness of the elect. The novel part of this otherwise thoroughly Jewish apocalyptic narrative is that this wisdom is embodied and made operative not through Torah observance and military action but through faithful obedience—of the Son in the first and supreme place, then of the many who would suffer for his sake, be conformed to his image, and be acknowledged as his brothers and sisters (Rom. 8:29).

Has anyone seen the eschatological wisdom of God?

But that was then, this is now. How do we talk about the eschatological wisdom of God today? We are again at the turning of the ages, but this time it is not the defeat of paganism and the establishment of the rule of Christ over the nations that is in view. Quite the reverse. In historical terms, we must say that the rule of Christ has come to an end, the rulers of the long age of Christendom were doomed to pass away, and a new secular-consumerist-humanist order is being established. We still confess the historical fact and power of the cross, without which we would not be here today. We still confess that Jesus is Lord for the sake of his body, which is the church (cf. Eph. 1:20-23). But are we bound to say that the dynamic active wisdom of God is being embodied or expressed in the same fashion?

I have a couple of poorly developed thoughts.

First, it may be the wisdom of God to let the Western church slowly die at the centre and be renewed at the uncomfortable social and intellectual margins of society. We cannot claim that the church is being conformed to the image of the Son because we are not being persecuted and killed. Ridiculed and ignored would be closer to the mark. But we are perhaps being conformed to the pattern of his ministry to Israel. When the centre fails, it is the “poor and crippled and blind and lame”—the despised tax collectors, prostitutes, and sinners—who suddenly find themselves rounded up and ushered in to the king’s banqueting hall (Lk. 14:21).

Secondly, it may have been the wisdom of the living creator God, the God of history, to let the world experience the trauma of the pandemic, lockdown, acute financial stress, the influx of refugees, as a foretaste of the climate catastrophe to come. Even in the midst of the pain and disruption there were signs of hope—the empty streets, the pollution-free skies, the wilding of the cities, and so on. A brief sabbath for the planet.

But of course, there is lots more that might be said….

I like this a lot, especially where you write, “There is a social wisdom that enables us to live well as a new creation.” Given that the West may be understood in the secular-humanist sense which you describe, but the Majority World is very much religious, perhaps a facet of this narrative missiology must include living wisely as new creation in the midst of religious pluralism.

Agreed, John. And you don’t have to be in the majority world for that to be relevant. Religious pluralism is part of the Western secular-humanist landscape given globalisation and migration. Perhaps this actually becomes part of the “priestly” function. What right do we have to say that we represent the living God? Tough one.