davo: When the ordinary Jewish…
Mark Newton : What I don’t understand is…
Kevin Holtsberry: Very helpful summary. I…
Andrew: Thanks, for this, Richard…
Samuel Conner: Just starting into your new…
END_OF_DOCUMENT_TOKEN_TO_BE_REPLACED

In the form of a God: The Pre-existence of the Exalted Christ in Paul: what the book is about and why (2 comments)
Notes on J. Richard Middleton’s The Liberating Image: The Imago Dei in Genesis 1 (0 comments)
Our eco-theological blindspots and the climate crisis (0 comments)
Biblical hermeneutics and the destabilising of the world (0 comments)
END_OF_DOCUMENT_TOKEN_TO_BE_REPLACED

How to pray the prayer of Jabez 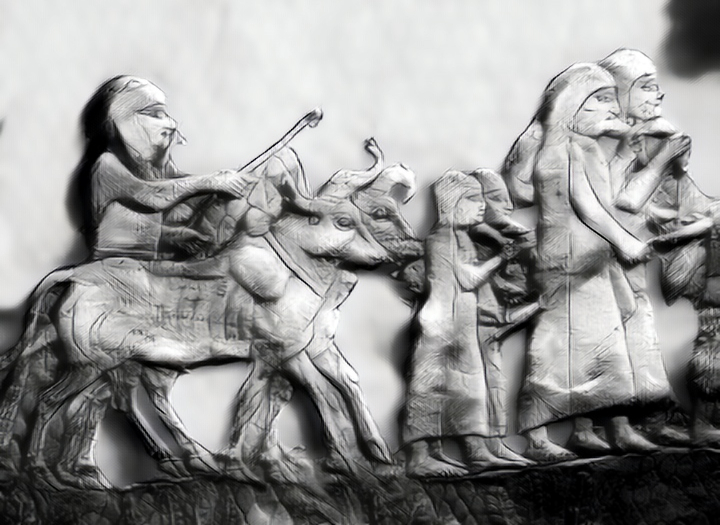 There’s an odd little story about a man called Jabez lodged in the middle of the twenty-three verses that make up the list of the descendants of Judah in 1 Chronicles 4. It was made very famous twenty years ago by Bruce Wilkinson’s best-selling book The Prayer of Jabez, which exposed a fair degree of overlap between evangelical spirituality and the Word of Faith movement. I wrote in my book on prosperity theology:

One can easily imagine Hagin and Copeland saying ‘amen’ to Wilkinson’s statement that ‘God really does have unclaimed blessings waiting for you’ and his argument that we are not selfish enough in our prayers. (220)

I heard a sensible sermon on the passage recently—sensible, but it still focused on the personal application of the prayer. It got me looking at it again and wondering if there might not be more to the story than meets the eye. See what you think.

And Jabez was honoured beyond his brothers, and his mother called his name Jabez, saying, “Because I bore in pain.” And Jabez called to the God of Israel, saying, “Blessing may you bless me, and enlarge my territory, and may your hand be with me, and keep me from harm, so as not to cause me pain.” And God granted what he asked. (1 Chron. 4:9-10, my translation)

The first eight chapters of 1 Chronicles consist of the genealogies of “all Israel,” copied from the “Book of the Kings of Israel” (1 Chron. 9:1). The list goes from Adam to Jacob and his sons, then through to David and his descendants in a somewhat disjointed fashion. In chapters 4 to 7 we have further listings of the families of the twelve sons of Jacob.

The story about Jabez and his prayer has been inserted—quite arbitrarily, it would seem—in the middle of the genealogy of the descendants of Judah. A town called Jabez, home to families of scribes, is mentioned in 1 Chronicles 2:55, but otherwise the name occurs nowhere else. There are narrative digressions in some of the other genealogies but always with clear contextual relevance.

After a brief acknowledgment of the source of the genealogies at the beginning of chapter 9, we are told that “Judah was taken into exile in Babylon because of their breach of faith” (1 Chron. 9:1). This is followed by a genealogy of the returned exiles.

Where the story about Jabez came from, we’ve no idea. But I wonder if it has been included here as a figure, an allegory, a parable, for Judah’s painful experience of exile and hopeful return. This is a bit fanciful, and it would be difficult to demonstrate it conclusively, but there seems to be a number of narrative details that lend support to the interpretation.

The Jabez story, as I say, occurs in the middle of the list of the descendants of Judah. The books of Chronicles begin with the genealogies, with the twelve tribes handled separately and at length, apparently because it is understood that the return from exile must entail a recovery of Israelite identity. It is Judah alone, however, which is said to have been taken into exile, and it is significant, presumably, that Judah is listed first among the sons of Jacob (1 Chron. 4:1-23), despite being the fourth son born to Jacob.

If we then look back to the birth of Judah, we learn that he was called Judah because Leah praised YHWH (Gen. 29:35); and when Jacob blesses his sons, he declares, “Judah, your brothers shall praise you; your hand shall be on the neck of your enemies; your father’s sons shall bow down before you” (Gen. 49:8). In other words, Judah will be “honoured beyond his brothers.”

The pain of exile

But also the reason that Leah praised YHWH is that she had given birth to her four sons in “affliction” (ʿony), because she was unloved—indeed, “hated”—by Jacob. With the birth of Judah she can finally cease bearing and so she praises God. So the mother of Judah, like the mother of Jabez, bore her son in pain.

That Jabez’s mother gave birth to him “in pain” (ʿotzev) naturally echoes the judgment on Eve: “I will surely multiply your pain (ʿitzevon) in childbearing, in pain (ʿetzev) you shall bring forth children” (Gen. 3:16). But it is also said that Adam will have to work the ground “in pain” (ʿitzavon) in order to eat all the days of his life (3:17). Pain, therefore, characterises the experience of the couple exiled from the garden more generally. The pain endured by Jabez’s mother foreshadows the pain that he prays to escape, which cannot be understood as a reference to childbirth.

In Isaiah 14:3 the word is used for the “pain” of exile, from which Israel will eventually be delivered:

When the LORD has given you rest from your pain (ʿotzb) and turmoil and the hard service with which you were made to serve, you will take up this taunt against the king of Babylon: “How the oppressor has ceased, the insolent fury ceased! (Is. 14:3–4)

The prayer would then be, in the first place, a prayer for liberation from harm and from the pain of exile.

That Jabez calls upon the “God of Israel” may allude to the fact that Judah was a son of Jacob, who was called Israel, because he had striven with God and with men and had prevailed (Gen. 32:28). The story concludes with the emphatic assertion that “God granted what he asked.”

The prayer of Jabez and the kingdom of God

Secondly, Jabez asks God to enlarge his “territory” (gevul). Modern attempts to put the prayer to the service of an evangelical piety naturally allegorise or spiritualise this detail. One conventional reflection on the passage, for example, reads:

Territory here does not really mean physical land. Jabez is more concerned about making an impact for the Kingdom of God. It is not a literal land territory [sic]. This may not be obvious at first glance, but when we look at the spiritual meaning of this line, it’s different. Jabez prayed that God would enlarge the territory of his heart, that it may overflow to those around him. He wanted to reach others for the sake of God’s Kingdom.

This is wrong in several ways. In the post-exilic setting presupposed in the books of Chronicles, physical land is very much the issue. We will hear later about the places of the Levites “according to their settlements within their territory (gevul)” (1 Chron. 6:54). Even if Jabez is understood as an individual, there is no reason to think that he is asking God to “enlarge the territory of his heart.”

But if Jabez has been made, in effect, a figure for post-exilic Judah, then what is in view will belong to a broader prophetic vision of the “eschatological” restoration of Jerusalem and Judah and the expansion of its influence in the region.

The passage in Isaiah that speaks of the “pain” of exile also says that the house of Israel will take possession of the nations—at least in the sense that foreigners will be “possessed in the land” as male and female slaves. “They will take captive those who were their captors, and rule over those who oppressed them.” This is just the beginning of a vision of the transformation of Israel’s status among the nations of the Ancient Near East and the extension of its sphere of political-religious influence.

Jerusalem is told to “enlarge the place of your tent” to accommodate the returning exiles (Is. 54:1-3). Her children will be so numerous that they “will possess the nations and will people the desolate cities.” That is the rationale for prayer of Jabez, who is figuratively Judah, that God will enlarge his territory.

How Paul might have prayed the prayer of Jabez

This expansion could arguably have been described as “making an impact for the Kingdom of God,” but not in the sense intended by Wilkinson or the author of the quote above. The kingdom of God was God actively ruling in time and space, over his own people first, then over the nations which had oppressed them. Geography remains determinative.

I would argue, too, that it is a mistake to “spiritualise” the concept of the kingdom of God in the New Testament. When Paul sets out to proclaim the good news of the coming rule of Jesus over the nations from one end of the Roman Empire to the other (cf. Rom. 15:8-24), he does so as a first century Jewish envoy of this future king claiming the territory for the God of Israel, the God of his fathers. The kingdom of God comes when this predicted coup becomes a political-religious reality, in time and space.

So we can imagine Paul reflecting on the story of Jabez, praying that the pain in which the Jesus movement was birthed and now spreads would come to an end and that its territory would be dramatically and literally enlarged. And God granted what he asked.