Andrew: Should we hope for something…
Andrew: Right. That’s the issue. I…
Eric Jordan Doerksen: If Jesus was offering…
Samuel Conner: Thank you, Andrew; this is…
Kevin Holtsberry: Ah, yes, just figured out…
END_OF_DOCUMENT_TOKEN_TO_BE_REPLACED

John R. Franke’s missional theology: understanding church, image, and kingdom (0 comments)
The two modes of “mission” (for want of a better word) in the Bible (2 comments)
A new course: Understanding and Practising “Missional Church” (7 comments)
What Jesus has to teach us about our response to the climate crisis (2 comments)
END_OF_DOCUMENT_TOKEN_TO_BE_REPLACED

Tim Farron resigned yesterday as leader of the Liberal Democrats because the conflict between his evangelical faith and the values of a progressive liberal party had become unmanageable. His official statement can be read here. 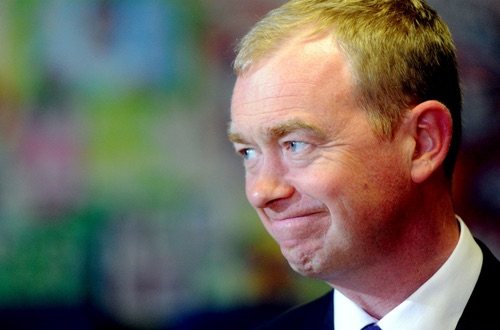 During the election campaign he had struggled in particular to explain his position on gay rights. Under media interrogation he insisted that he supported “equality under law, equal dignity and that includes people whatever their sexuality”. But he clearly also felt bound to maintain some awkward private religious opinions that were at odds with his political convictions.

It’s perhaps not surprising that people concluded that he was “out of step with his own party”—and indeed with the prevailing moral mood of British society.

Some have argued in the aftermath that British liberalism is not nearly as fair-minded and tolerant as it thinks it is. The director of the Liberal Democrat Christian Forum said that “his resignation reflects the fact we live in a society that is still illiberal in many ways and is intolerant of political leaders having a faith”.

Farron appears to agree. If he has become the subject of suspicion because of his beliefs, then “we are kidding ourselves if we think we yet live in a tolerant, liberal society”.

But the strategic quarantining of personal faith from public policy was surely unworkable, especially for a party leader. We can regard it as a brave experiment in Christian political engagement, but I think in the end it’s evidence that the church in the post-Christian West has not yet worked out where and how it fits in.

Are they all condemned?

I don’t know how many Muslims there are in America, I really don’t know, probably a couple million. Are you suggesting that all of those people stand condemned? What about Jews? Do they stand condemned too? … I understand that you are a Christian. But this country is made up of people who are not just—I understand that Christianity is the majority religion. But there are other people who have different religions in this country and around the world. In your judgment, do you think that people who are not Christians are going to be condemned?

He argued in an online article that Muslims stand condemned because they have rejected Jesus as God’s Son. “If Christ is not God, he cannot be the necessary substitute on our behalf for the divine retribution that we deserve.” Three passages from the Gospels are cited in support of the exclusivist position:

They said to him therefore, “Where is your Father?” Jesus answered, “You know neither me nor my Father. If you knew me, you would know my Father also.” (Jn. 8:19)

Whoever believes in him is not condemned, but whoever does not believe is condemned already, because he has not believed in the name of the only Son of God. (Jn. 3:18)

There are all sorts of issues raised here, but at one level at least I think these controversies serve to underline the need for a radical rethinking of the evangelical paradigm.

The marriage of Jewish particularism with a philosophical universalism in the early centuries, sustained first by the political expansionism of European Christendom, then by an absolutising rationalism, has bequeathed modern evangelicalism with a religious model which makes personal salvation a matter of fundamental existential necessity.

The overriding mission of evangelicalism, therefore, is to get people saved. The only name by which they may be saved is the name of Jesus. People who deny that Jesus is God and Saviour will be “condemned”, quite possibly to eternal conscious torment.

That’s not the biblical paradigm.

The Bible tells the story of a people chosen to serve the living God in the midst of the nations.

This proved an extremely difficult mission to sustain, for two main reasons: 1) because of old-fashioned sin the people of God found it very difficult to stay true to its calling; and 2) the surrounding pagan nations were powerful and aggressive.

These two factors were closely connected: Israel sinned, abandoned its vocation to be a royal priesthood and holy nation, and—more or less as a consequence—suffered invasion, oppression and exile at the hands of its powerful neighbours.

Two things happened in the New Testament to overturn this pattern.

First, the people of the living God was saved from the recurring political-religious plight. It was saved by the death of Jesus from the natural human sinfulness that time and again led to national disaster and which currently left them subject to a brutal Roman occupation.

When Jesus told the Jews that he alone revealed the Father or told the disciples that the Jews who rejected them were rejecting also him and the God who sent him, what was at issue was the salvation of Israel in the first century AD.

Russell Vought prooftexts. Like all good evangelicals he doesn’t understand the story.

The nation was on a broad road leading to destruction; only a few would find the narrow road that would lead to life.

When Peter declared to the Jewish Council in Jerusalem following the healing of the crippled man that “there is salvation in no one else, for there is no other name under heaven given among men by which we must be saved” (Acts 4:12), he was not talking about humanity’s existential quandary. He was talking about first century Israel and the historical crisis it faced.

That the man was healed “by the name of Jesus Christ of Nazareth, whom you crucified” was a clear sign that God had raised Jesus from the dead and had made him the cornerstone of a renewed people of God (Acts 4:10-11, 16). Sooner or later this ”crooked generation” would be destroyed by Rome. Only by calling on the name of the one whom YHWH had made Lord and Christ could Israel hope to be saved (Acts 2:36, 40).

[tweetable]The salvationist paradigm has to go. It’s not biblical and it’s not helping.[/tweetable]

Secondly, a growing number of Gentiles became part of this saved people of God in anticipation of the coming judgment on the Greek-Roman world, the end of the idolatrous oikoumenē, the beginning of a new order of things. They were themselves, therefore, saved from a world that was passing away; they became citizens of the kingdom to come (cf. Col. 1:13-14).

This adds a significant level of complexity to the story—we should expect that from history. The people of God became a hybrid Jewish-Gentile community that prefigured the coming reign of Jesus as Lord over the nations of the Roman empire. Subsequent developments have seen the end of that historical construct and the rise of secularism.

But as far as the church is concerned, the basic paradigm doesn’t change. The aim is not to convert the whole world. The aim is not to foist our values on everyone else. That is simply unrealistic. The aim is to maintain a concrete, potent and credible witness, as a holy and righteous people, as a new creation in microcosm, to the God who created heaven and earth.

Straws in the wind

Tim Farron’s story is another straw in the strong winds of cultural transformation that are blowing through Western societies. It illustrates painfully the fact that Christians are struggling to come to terms with the loss of credibility, with the sense of alienation, with the shifts in values, with the new eschatological horizons that are coming darkly into view.

It is a key part of the story by which we identify ourselves that we have been saved by the death of Jesus, who was then given authority over all things for the sake of his body (cf. Eph. 1:20-23). It’s our story, and no one can deny us the right to tell it.

Yep… we are *saved to serve* and we best do that in loving God by loving our neighbour; it’s that simple.

Really, same old social gospel: just do justice and help everybody be whoever they are already are. Sorry, this just ain’t the whole gospel—astonishing that people can read around the exclusivist claims of Jesus and just move on as thought the teaching of the historical Jesus could be so easily shunted aside by those supposedly wearing historical glasses to read about him. Repentance and believing the good news of salvation through faith in Christ “just has to go.” Mind and soul boggling obfuscation.

John R. Franke’s missional theology: understanding church, image, and kingdom
The two modes of “mission” (for want of a better word) in the Bible
A new course: Understanding and Practising “Missional Church”
What Jesus has to teach us about our response to the climate crisis
The Apocalyptic Symbolism of Mark 8:38 and (not) the Final Reign of God
Societal collapse, deep adaptation, and an agenda for mission
Multifaith Matters podcast: my conversation with missiologist Michael Cooper about the narrative-historical method
What is the essence of Christianity?
END_OF_DOCUMENT_TOKEN_TO_BE_REPLACED