Andrew: Should we hope for something…
Andrew: Right. That’s the issue. I…
Eric Jordan Doerksen: If Jesus was offering…
Samuel Conner: Thank you, Andrew; this is…
Kevin Holtsberry: Ah, yes, just figured out…
END_OF_DOCUMENT_TOKEN_TO_BE_REPLACED

What should we expect apostles to do today?

In my view, the missional-incarnational movement needs to engage constructively with the sort of narrative-historical reading of the New Testament that is emerging from biblical studies. And vice versa. I think that both mission and New Testament studies would be served by the dialogue. For example, Alan Hirsch and others have highlighted the importance of recovering an “apostolic” dynamic in mission, but the definition of apostleship is largely under the control of the missional agenda: the apostolic function “pioneers new missional works and oversees their development”, it is “responsible and gifted for the extension of Christianity”.1 This is a pragmatic definition devised by missiologists for practitioners, and clearly there is some overlap with the work of the New Testament apostles. But there is also a significant gap. A reading of the New Testament that asks about the function of the apostles in their own narrative-historical contexts suggests that there may be important aspects to the role which the missiologists have overlooked.

The apostles and Israel’s story

According to Mark Jesus appointed twelve, whom he named apostles (apostolous). The relative clause is not found in some manuscripts, but the twelve are called “apostles” in Mark 6:30. The purpose was that they should be with him and that he would send (apostellēi) them out to preach, call people to repent, cast out demons and heal the sick (Mk. 3:14-15; 6:12-13). Matthew has Jesus insist that they do not go to the Gentiles but only to the “lost sheep of the house of Israel”, proclaiming that “the kingdom of heaven is at hand” (Matt. 10:5-7). In this context “kingdom of God” or “kingdom of heaven” refers to the coming intervention of Israel’s God in the story of his people to judge and to restore. 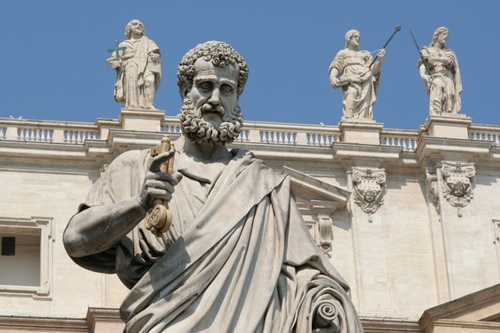 The apostles then become witnesses of the resurrection to the people and rulers in Jerusalem (Acts 1:21-25). Peter, notably, interprets the significance of the event for Israel: YHWH has made Jesus Lord and Christ, the king who will rule in the midst of his enemies, through whose name alone Israel will escape the punishment that is about to come upon this crooked generation.

Israel’s story and the nations

Having come to the realization that Gentiles who fear God and do what is right are acceptable to him, Peter relates to the Roman centurion Cornelius the events surrounding Jesus’ mission to Israel. The apostles, he explains, have been commanded by God to proclaim the resurrection to Israel and “to testify that he is the one appointed by God to be judge of the living and the dead” (Acts 10:42). Peter presumably has in mind the coming judgment of Israel. Those Jews who believe in Jesus will receive “forgiveness of sins through his name”. He does not attempt to draw out the significance of the resurrection for the nations, but Cornelius and his household believe his story anyway and praise the God of Israel.

Paul also tells the synagogue communities of the diaspora that God has raised his Son from the dead, making him Israel’s king and giving him the nations as his inheritance. Jews who believe this will receive forgiveness of sins and freedom from the condemnation of the Law. Otherwise, they face the sort of national disaster to which Habakkuk refers when he says, “Look, you scoffers, be astounded and perish; for I am doing a work in your days, a work that you will not believe, even if one tells it to you” (Acts 13:16-41; cf. Hab. 1:5). As in the case of Cornelius, however, it is the Gentiles who really take the message on board (Acts 13:48). 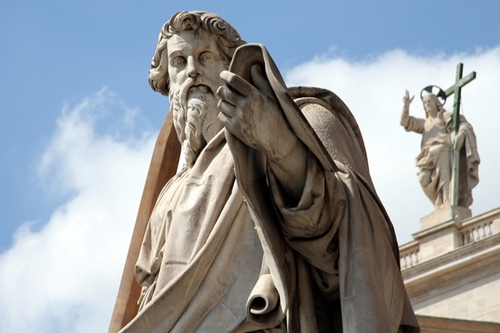 Once Gentiles start to believe the story about Israel, however, it becomes apparent that the resurrection of Jesus and his exaltation to the right hand of God must also have far-reaching implications for the nations. Paul received his “apostleship” in order to take the “gospel” concerning Jesus, who was appointed “the Son of God in power according to the Spirit of holiness by his resurrection from the dead”, to the nations (Rom. 1:4-5). If for the Jew it meant the sort of “wrath” described by Habakkuk (cf. Rom. 1:17), for the Greek it meant judgment on the whole pagan system and its attendant distortions and evils (1:18-32). The task of the apostles is to announce to the pagan world that the true and living creator God, the God of Israel, will no longer allow the nations to walk in their own ways, will no longer overlook the “times of ignorance”, but has fixed a day when he will judge the oikoumenē “by a man whom he has appointed; and of this he has given assurance to all by raising him from the dead” (Acts 14:16; 17:30-31). The ancient world is being turned upside down (cf. Acts 17:6).

The apostles, in other words, were sent into the world of pagan Europe to proclaim the coming reign of Israel’s God over the nations. I made this point at the Christian Associates staff conference last week. [pullquote]The story in Acts is driven by a gospel not of salvation—certainly not of personal salvation—but of God’s sovereignty over the nations in history.[/pullquote] Paul will explain in Romans how this gospel of “kingdom”, of judgment and rule, also presupposes Jesus’ death not merely as an execution, as in Acts, but as an atonement for the sins of God’s people. But in missional terms, salvation is secondary to the concrete, public vindication of the creator God in the eyes of the pagan nations.

Does this teach us anything about the “apostolic” function today? I think it does. An apostle is not sent to save souls; nor is he or she sent to plant churches or catalyse a movement or extend Christianity. An apostle is sent to make a proclamation, to say something to God’s people and to the world, and to call people to “repent” in response. Somewhere between the narrow individualism of modern evangelism and the mute testimony of social engagement we have forgotten that.

For a long time, as a consequence of the success of the mission of the New Testament apostles, the church embodied the victory of YHWH over the gods of the empire. In recent centuries, however, the world of Christendom has itself been turned upside down, overthrown by secular reason. It seems to me, then, that the church is apostolic today in the sense that it is being sent back into the world of secular Europe to proclaim again that the true and living creator God is in control of history and has given assurance of this by raising his Son from the dead. That—or something like it—should be our “gospel” and primary mission.

The missional-incarnational approach may continue to function without the narrative framework for some time yet in the US, where it is experienced much more as a reform movement than as a real challenge to secularism. But the argument I put to Christian Associates church-planters in Europe was that if their task is in any sense “apostolic”, they are called first and foremost to proclaim, to the church and to our thoroughly secularized culture, that God is a living reality, that he is not a thing of the past, that he judges and reforms his people, that he is no less jealous for his glory than he was two thousand years ago, that his faithful people will be vindicated, that he will “judge” the idolatries of our world, and so on. We begin by saying something about God and about the future of God.

Everything else—the formation of community, the organization of networks, hospitality, works of mercy and justice, perhaps the extension of Christianity, everything that we might wish to associate with good missional-incarnational practice—is a by-product of this leading claim.

I fully appreciate that it is difficult to know how to give public expression to some of these “crude” New Testament convictions today, which is why the dialogue between practitioners and interpreters is so important. From my perspective, the narrative-historical approach gives us a powerful paradigm for New Testament interpretation and in general terms for rethinking mission today. But the renewal of apostolic conviction and language will come, perhaps more by instinct than by conscious reflection, from those who are actively seeking to live mission out. Let’s talk about it. 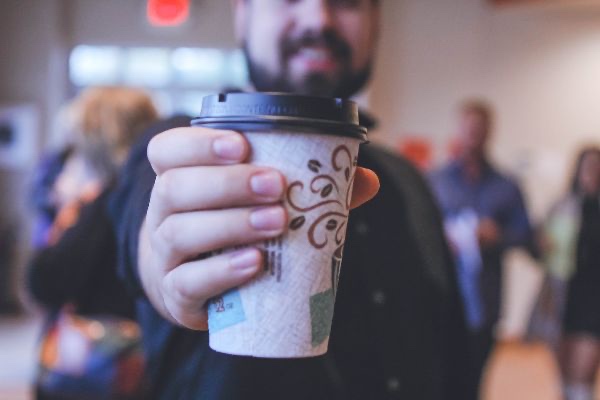 More on missional theology: was Jesus a liberation theologian?
John R. Franke’s missional theology: understanding church, image, and kingdom
The two modes of “mission” (for want of a better word) in the Bible
A new course: Understanding and Practising “Missional Church”
What Jesus has to teach us about our response to the climate crisis
The Apocalyptic Symbolism of Mark 8:38 and (not) the Final Reign of God
Societal collapse, deep adaptation, and an agenda for mission
Multifaith Matters podcast: my conversation with missiologist Michael Cooper about the narrative-historical method
END_OF_DOCUMENT_TOKEN_TO_BE_REPLACED