Cleanthes’ “Hymn to Zeus” and the renewal of monotheism (4 comments)
Conversation with Mike Bird about In the Form of a God (0 comments)
Answering Mike Bird about the referent of "all things" in 1 Corinthians 8:6 (0 comments)
Interview: The Preexistence of Christ and Narrative Historical Theology (1 comment)
END_OF_DOCUMENT_TOKEN_TO_BE_REPLACED

On the mortality of the soul

He who asked what happens to us after death has also asked whether I believe in the immortality of the soul. The short answer is no. A slightly longer answer would go something like this….

It’s a generalisation—we always have to reckon with the extent to which Jewish thought was hellenised in the period—but I think it’s correct to say that the immortality of the soul was a Greek contribution to the history of Christian thought. 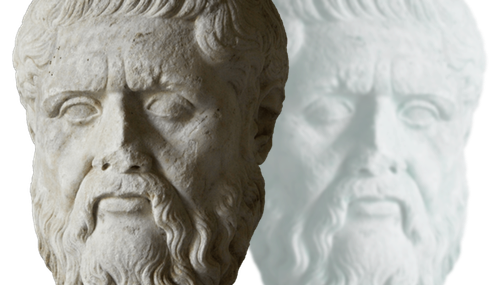 That argument found its way into Christian thought fairly early on. The second century Epistle of Mathetes to Diognetus, for example, says that:

The soul is locked up in the body, but it holds the body together… The soul, which is immortal, lives in a mortal dwelling… (Diog. 6:7–8)

But it’s not a biblical idea.

The Old Testament and the New Testament agree, by and large, that a person is an indivisible unity. Death is the end of the whole person, not the releasing of the indestructible soul from a mortal body into a new kind of existence, whether for better or for worse.

The dominant idea is that all the dead go down into Sheol or Hades to lead, in the words of the Jewish Encyclopaedia, “a shadowy existence without life and consciousness”. In effect, Sheol is the grave, a figure for death, for the corruption of the body and its return to the earth—and the “bars of Sheol” are probably not as much fun as they might sound:

Resurrection, therefore, must be the remaking of the whole person, not the rejoining of soul and body. Jesus’ resurrection was different only inasmuch as God did not abandon his anointed to Hades, did not let his flesh see corruption (Acts 2:31). By his resurrection he became a second Adam, the beginning of a new imperishable humanity—the beginning of new creation.

Originally resurrection was conceived within the national-historical setting of the renewal of Israel (cf. Dan. 12:1-3), and I think that this perspective dominates the New Testament. Paul expected a resurrection of the dead in Christ, corresponding to the resurrection of the righteous in Jewish thought, at the parousia. As a reward, so to speak, for their faithful witness and suffering they would reign with Christ throughout the coming ages.

[tweetable]To get to heaven you need either to have an immortal soul, which we don’t, or to be raised, which we aren’t.[/tweetable]

But the idea also emerged that, since the God of historical Israel was also the creator of heaven and earth, there would be a final resurrection and judgment of humanity.

A couple of New Testament texts might be taken to imply a body-soul dualism.

Jesus’ distinction between body and soul in Matthew 10:28 seems to reflect a hellenised martyr theology: “And do not fear those who kill the body but cannot kill the soul. Rather fear him who can destroy both soul and body in gehenna.” The real distinction here is between the disciple who is willing to forfeit his “life” (psychēn) for the sake of Jesus (Matt. 16:24-26) and the multitude of Jews who will be destroyed in the war against Rome.

In Revelation 6:9 and 20:4 we hear of the “souls” of those slain for their testimony to the word of God patiently waiting for vindication, but the “souls” are no more real than the “white robes” give to them (Rev. 6:11). They are symbolic elements in the apocalyptic drama of John’s vision.

So I am led to conclude that Christians who die between the vindication of the early martyrs and the final resurrection—i.e., during John’s thousand year period—do not go to heaven. To get to heaven when you die you either need to have an immortal soul, which we don’t, or you need to be raised from the dead, which we aren’t. So we will just have to wait. Or rather not wait, because we will be dead.

Andrew,
When the Bible speaks of a “first” resurrection, what do you believe that is/happened? If in baptism we participate in Jesus’ death, burial and resurrection, could that be what changes us into a different sort of being?

Thank you for this reminder of the biblical integrity of the human nature. It does raise pastoral issues when talking with the bereaved who would like to think of those who have died “being with Jesus in heaven”.
I accept the lack of duality in the biblical world view. As someone once expressed it, we don’t “have a soul”, we are a soul. The earth man (Adam) became a soul when the breath/spirit of God breathed into the dust.
However, In the New Testament there do seem to be some indications of personal continuity after death. A common expression used for dying is “falling asleep”, notably in 1 Cor 15, but also used of David in Acts 13:36 (and, admittedly, “saw corruption”). Although it might be a euphamism, 1 Cor 15 implies to me a future waking at the resurrection.
Another interesting reference is in the reponse of Jesus to the Sadducees in Matt 22:32. Referring to the patriarchs, Jesus says that “He is not the God of the dead but of the living.”
Do you have any comment on this? In particular, if there is continuity, but the body sees corruption, wherin lies this continuity?
Thanks, David

Cleanthes’ “Hymn to Zeus” and the renewal of monotheism
Conversation with Mike Bird about In the Form of a God
Answering Mike Bird about the referent of "all things" in 1 Corinthians 8:6
Interview: The Preexistence of Christ and Narrative Historical Theology
How we got from kingdom to Trinity: Constantine and pagan monotheism
Jesus and Paul, works and faith
Some hazardous thoughts on the Trinity for a new year and a new era
Was it Roman custom for people to return to their home town for a census?
END_OF_DOCUMENT_TOKEN_TO_BE_REPLACED