Gerald: TreeI see the New Heaven as…
Samuel Conner: This is just an…
Helge Seekamp: Here the transcription as…
Helge Seekamp: Now, I worked it through and…
Keith Witwer: Gentlemen,  Thanks for the…
END_OF_DOCUMENT_TOKEN_TO_BE_REPLACED

Wolfhart Pannenberg backs the narrative-historical method (up to a point)

Barney, who is clearly still having a hard time focusing on his PhD studies, sent me a copy of an essay by Wolfhart Pannenberg to read. We will be discussing it tonight over a pint, so I’ve taken the opportunity to summarise it here and present some initial thoughts regarding its relevance for what I am calling the narrative-historical method. The essay is “The Crisis of the Scripture Principle”. It was delivered as a lecture on a number of occasions in the US in 1963 (so Americans understand the argument already) and is included in the collections of essays Basic Questions in Theology, Vol. 1. 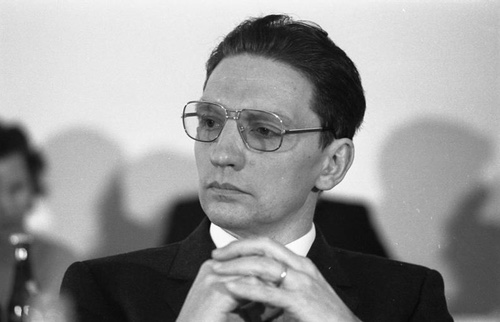 The tasks of theology

Systematic theology, Pannenberg says, is pulled in two directions. In the first place, it must be faithful to its origin, “the revelation of God in Jesus Christ as this is attested in Scripture”. But it also has the universal task of understanding “all being… in relation to God, so that without God they [sic] simply could not be understood” (1). Briefly put: “the revelation of God as the revelation of God is only borne in mind when all other truth and knowledge is organised around it and appropriated by it” (2).

Protestant theology, grounded in a medieval “Scripture-positivism”, has tended to restrict itself to the first task, the exposition of the biblical witness, although the content of scripture (the world, humanity, God, the course of history) always raises universal questions.

However, by confining itself to the “science of revelation” and not pursuing the universal task of making sense of reality in relation to God, Protestant theology isolated itself from the “extra-theological sciences” (3).

This led to a situation in which theology and the secular sciences came to be increasingly at odds with each other, because the foundation of theology, Scripture, “was assailed by criticism”. The outcome was a crisis for modern Protestant theology.

Pannenberg summarises the process: “The concentration upon Scripture and renunciation of the secular sciences had already set in motion the process that resulted in the dissolution of the Scripture principle” (4).

The uncomfortable relationship between the “Scripture principle” and historical criticism goes back to the development of rules for the interpretation of scripture in the fourteenth century (William of Ockham, for example). So we get to a situation where church dogma might “contradict the results obtained by theologians expounding the pertinent Scripture passages on the basis of these rules” (5).

Luther’s doctrine of the clarity of scripture was a direct development from these rules, and it was on these grounds that he opposed the papal teaching office.

Two things, however, have changed since Luther’s time because we have a heightened historical consciousness. i) We no longer accept that the historical content of scripture is identical with its literal sense. We look for history not in the texts but behind the texts. ii) We find it impossible to “overlook the historical distance between every possible theology today and the primitive Christian period”. We can’t simply believe what the New Testament churches believed.

The solution to the first problem, in Pannenberg’s view, is “to keep in mind the connection between the figure of Jesus and the primitive Christian proclamation of him” (8). Essentially, this means affirming the resurrection as a historical event.

The solution to the second problem is more complicated. The more we pursue the exegetical goal of understanding the biblical writings “solely as their authors intended them to be understood and as their original readers understood them”, the more acutely we become aware of the gulf between the intellectual world of the biblical texts and our own.

(Welcome to my world!)

The modern historical consciousness has made it impossible for theology to be naïvely “biblical”. “For in a changed situation the traditional phrases, even when recited literally, do not mean what they did at the time of their original formulation” (9).

So the question is how is this gulf to be bridged.

Modern hermeneutics since Gadamer has construed the task as a fusion of two horizons—“an expansion of the intellectual horizon of the interpreter to such an extent that it can also encompass the horizon of the text to be interpreted”. This sounds fine in principle, but Pannenberg is sceptical whether this can be done in any meaningful sense in practice.

If we are to bring “modern thought again into a more conscious connection with Christian tradition”, it will not be achieved by reverting to the “authoritarian forms of thought and life from which modern secular culture has freed itself”—in other words, not by the naïve, uncritical recital of traditional biblical phrases.

Rather, it must be shown to the secular present that its own hope for the future becomes recognisable in the event that was foundational for primitive Christianity, and whose meaning for that time was that the eschatological future of the world and the whole human race has dawned. (10)

This is where it gets very interesting…

This is where it gets very interesting from a narrative-historical point of view.

First, Pannenberg says that the historical difference between the two worlds, the biblical and the modern, has to be recognised as being theologically significant: “this difference is itself a moment in the action among men of the future of God which appeared in Jesus”.

This means, secondly, that “the attempt must be made to show which motifs of this primitive Christian faith push beyond the limits of the primitive Christian, the patristic, and the medieval worlds”. That is, we must bring New Testament eschatology into focus.

Then, thirdly, and crucially, he argues that it must be shown that “these impulses have not been impotent in relation to the realities confronting them, but that they have cleared the way for—even if they did not alone produce—the history of Christianity subsequent to these periods as well as its supersession by secular culture in the modern period” (10-11).

So instead of the attempt to expand the modern horizon to encompass the world of the biblical texts, both worlds are viewed “within that horizon which alone connects them without allowing their differences to disappear, viz., the horizon of the process of history itself” (11). In other words, it is only the narrative of history that connects us with scripture.

Pannenberg adds what seems to me the unnecessary apologetic claim that the concept of universal history is a biblical invention: “The universal-historical theme of modern philosophy of history was inherited from Jewish apocalyptic and Christian theology of history” (12). He recognises that the idea has become problematic in the modern era but points out that “even the modern natural sciences tend toward a historical understanding of the totality of reality”.

So what it comes down to is this: it is biblical eschatology that will reconnect theology as the exposition of scripture with theology as an account of “the totality of all events”. As Pannenberg puts it, “even for primitive Christianity, the meaning of the resurrection of Jesus was based on the conviction, held by those contemporaries who lived in apocalyptic expectations, that with this event the end of all things had already arrived” (12-13).

Look forward to discussing it tonight!

Jamie Davies on the apocalyptic Paul: from Weiss to Martyn
The narrative vocabulary of rape in the Old Testament and the counter-example of Amnon and Tamar
No one’s blaming Bathsheba
Further notes on David and Bathsheba
Did David rape Bathsheba?
The marginalised servant of the Lord: existence, function, and dysfunction
When prophecy mostly didn’t fail
What did it mean to be the “fragrant aroma of Christ”?
END_OF_DOCUMENT_TOKEN_TO_BE_REPLACED