Keith Wansbrough: Looks good now, thanks. The…
Andrew: Thanks, Keith. It was…
Keith Wansbrough: The chart didn’t appear for…
Juanita: Hi there Sam We spoke…
Andrew: David, many thanks for this…
END_OF_DOCUMENT_TOKEN_TO_BE_REPLACED

Cleanthes’ “Hymn to Zeus” and the renewal of monotheism (3 comments)
Conversation with Mike Bird about In the Form of a God (0 comments)
Answering Mike Bird about the referent of "all things" in 1 Corinthians 8:6 (0 comments)
Interview: The Preexistence of Christ and Narrative Historical Theology (1 comment)
END_OF_DOCUMENT_TOKEN_TO_BE_REPLACED

Getting the mission of the church “right”: the whole point of justification 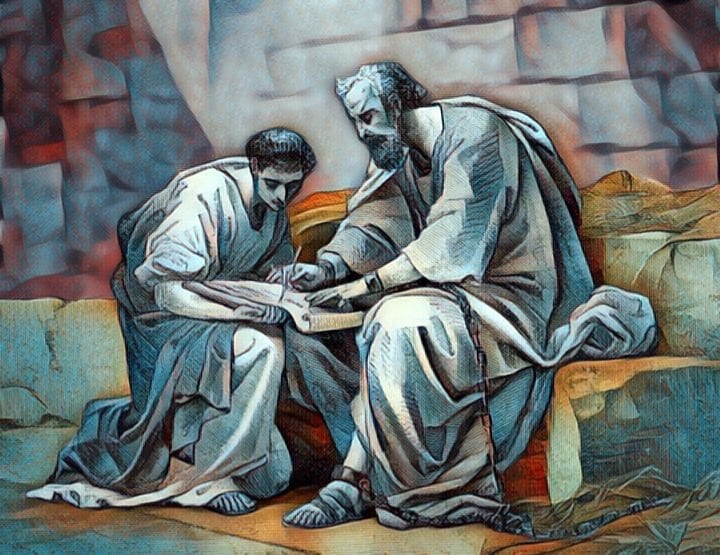 Here are three missional challenges that the modern evangelical church needs urgently to get to grips with: 1) resist the extreme individualism and narcissism of western culture; 2) tell a compelling, up-to-date-and-beyond story about the living God, the communities that serve him in the name of Jesus, and where things are going; and 3) live out in public the radical and quite possibly uncomfortable consequences of that story.

I say this after participating in a couple of online conversations this week—one about Paul’s teaching on “rightness” and the Law in Philippians 3:2-11, the other about how large-scale social change over the next few decades is likely to impact the mission of the church in the western context, if not globally.

In New Testament terms the two tasks and the two conversations are inseparable from each other, as can be demonstrated by a quick review of Paul’s argument in the Philippians passage. If you prefer to listen, there is a podcast version on Podbean.

Paul repudiates the “rightness” that he had under the Law, as a zealous Pharisee, counting it as so much dross, in order to gain Christ and be “found in him, not having my own rightness from the Law but that which is through the faithfulness of Christ [or faith in Christ], which is a rightness from God dependant on faith” (Phil. 3:8-9, my translation). I translate dikaiosynē with the awkward “rightness” because we tend to think of “righteousness” in ethical terms, often with overtones of “self-righteousness” that are difficult to dispel. In this context, at least, I think it is a matter of being in the right, as will become apparent.

Modern evangelicalism would normally assimilate Paul’s argument to the controlling universal paradigm of justification by faith rather than by works: we are always and everywhere saved from our existential sinfulness not by our good works—our metaphorical Pharisaism—but by faith in the atoning efficacy of Jesus’ death.

The shape of things to come

The first thing to say is that the argument of the letter is dominated by the expectation of a coming “day of Jesus Christ,” which would bring to an end the whole apostolic programme of forming communities of eschatological witness such as this one in Philippi (Phil. 1:6, 10). We have mostly lost this perspective, and for good reasons. But it is everywhere presupposed in the New Testament, and we are never going to understand what Jesus and his followers were on about if we filter it out.

What modern evangelicalism has done is snatch the children from their mother—on some spurious safeguarding pretext—and raise them in a theologically alien foster family.

Ernst Käsemann famously said that “apocalyptic was the mother of all Christian theology.”1 I’m not sure how well he understood New Testament apocalyptic, but the bald statement is correct. What modern evangelicalism has done is snatch the children from their mother—on some spurious safeguarding pretext—and raise them in a theologically alien foster family. No doubt the intentions were good, but it is time to send the kids home to learn where they came from. They won’t like it, but it’s good for them.

Paul understood his task to be to proclaim to the whole Greek-Roman world, from Jerusalem to Spain, that a resurrected Jewish messiah would sooner or later judge this decadent pagan civilisation and rule over the nations (cf. Acts 17:30-31; Rom. 15:12, 18-19, 24). On this day, which I think must be understood as a real day in history, every knee would bow and every tongue would confess, across the empire, that Jesus Christ is Lord, to the glory of the God of Israel (Phil. 2:10-11). The churches were partners in this bold undertaking (Phil. 1:5).

This was more or less in keeping with Jewish prophetic and apocalyptic expectation, but what had convinced Paul was the dramatic, arresting, eye-opening revelation of the exalted Son to him as he was about to inflict his violent zeal for the Law on Jewish followers of the Way in Damascus (Acts 9:1-5; Rom. 1:1-4; Gal. 1:16).

To identify with Christ or to gain Christ, therefore, was, in the first place, a corollary of the apocalyptic conviction. Paul believed himself to be a slave of the risen Lord who would one day rule the nations. This new state of affairs had come about, as a matter of fact, not through Torah-obedience—not through works of the Law—but through an unprecedented act of YHWH, who had responded to the faithfulness of the Son, whom he had sent to the mismanaged vineyard of Israel (Gal. 4:4), by raising him from the dead and seating him at his right hand to rule in the midst of his enemies.

So for Paul to be “in the right” meant zealously (Paul was not one for half measures) aligning himself with this new narrative. Under these extraordinary eschatological circumstances, when YHWH was pursuing a quite anomalous course in order to establish his reputation and glory among the nations, Jewish zeal for the Law was proving to be a hindrance rather than a help—not a way of being on the right side of history. To be “justified” was rather a matter of throwing in your lot with this rag-bag, visionary, prophetic-apocalyptic movement and dealing with the consequences.

And that brings us to the other aspect of identification with the future ruler of the nations. Paul rejects his obstructive Pharisaical past and chooses the “rightness” that comes from believing in this new future, knowing full well that this would mean becoming a victim as Christ was a victim. Indeed, Paul seems actively to have sought a Christ-like martyrdom: “in order to know him and the power of his resurrection and the partnership (koinōnian) of his sufferings, becoming like him in his death, if somehow I will come to the resurrection from the dead” (Phil. 3:10, my translation).

Paul has learnt the hard way that public witness to the exalted status and coming kingdom of Jesus would provoke persecution—indeed, he is writing to the Philippians from prison, not altogether sure that he will escape execution (Phil. 1:19-23). But for reasons that are perhaps a little too deep to fathom, he appears to have welcomed the prospect of emulating Jesus quite literally in his suffering, death, and resurrection.

For Paul, the apostle and servant of Israel’s disgraced and crucified messiah, to be found in the right meant a faithfulness and obedience to the point of death in the almost anxious hope of sharing in the experience of resurrection. This, I think, was the “prize of the upward call of God” that kept him pressing forward (Phil. 3:14).

All in the same boat

But if the churches were “partners” with him specifically in this eschatological mission, as corporate and visible signs of impending régime change, they could expect the same treatment: “for it was granted to you for the sake of Christ not only to believe in him but also to suffer for his sake, having the same conflict, which you saw I had and now hear I have” (Phil. 1:29-30, my translation).

So they are to have the mind of Christ, who took the path of humble obedience to the point of death and was vindicated by the Father (Phil. 2:5-11). They are to imitate Paul, being unashamed to identify with the suffering of a disgraced and crucified Jewish messiah, confident that on the day of Christ their bodies of humiliation would be made like the body of his glory (Phil. 3:20-21). And if the wisdom and rightness of this path is not immediately obvious to them, God will reveal it to them in due course (Phil. 3:15-16).

To be part of a New Testament church, therefore, was to be part of a community whose very existence, whose very reason for being, was determined by a vision of a radically different future for the Ancient Greek-Roman world. To be “in the right” was to be in lock step with what they believed the living God was doing in this period, but the churches would not know for certain until that day of Jesus Christ, when he would be revealed, not to a few visionaries only, but to all the nations of the empire, and every knee would bow and every tongue confess him as Lord.

Fast forward to the twenty-first century…

Fast forward to the twenty-first century, and we are way beyond the horizon of this apocalyptic vision. We can’t live in the past, we have to do mission in the present, so we have to find the courage to tell our own story about the living God and his people in a civilisation under increasing strain, facing a deeply disturbing future. And then we have to learn how to live that story out in communities of post-individualist, post-consumerist, post-narcissist witness.

To which I would add, post-modern, post-Christendom, post-9/11, pluralistic context.

Thank you, Andrew; this is very helpful.

re: “ And then we have to learn how to live that story out in communities of post-individualist, post-consumerist, post-narcissist witness.”

My sense on the side of the pond I live is that the churches that call themselves “evangelical” have, if anything, been going in the opposite direction from this. The concept of “community” itself seems much weaker than in earlier times. It has an “end of an age” feel to it.

I can’t see mainstream American “evangelicalism” reforming itself. It will die and something new, perhaps something from within, will replace it.

Cleanthes’ “Hymn to Zeus” and the renewal of monotheism
Conversation with Mike Bird about In the Form of a God
Answering Mike Bird about the referent of "all things" in 1 Corinthians 8:6
Interview: The Preexistence of Christ and Narrative Historical Theology
How we got from kingdom to Trinity: Constantine and pagan monotheism
Jesus and Paul, works and faith
Some hazardous thoughts on the Trinity for a new year and a new era
Was it Roman custom for people to return to their home town for a census?
END_OF_DOCUMENT_TOKEN_TO_BE_REPLACED