Andrew: That’s a very interesting…
Peter: In the Old Testament we see…
Andrew: Yes, the distinction between…
Scott: I also forgot to mention…
Scott: Thanks for the reply, Andrew…
END_OF_DOCUMENT_TOKEN_TO_BE_REPLACED

What does Luke’s account of Paul’s visit to Athens tell us about how to do “missional church”? (2 comments)
Not sure about the charts: please explain… (0 comments)
Kingdom of God and missional church: not as difficult to define as you might think (2 comments)
Defying history: the future of the church in a Third World Culture (14 comments)
END_OF_DOCUMENT_TOKEN_TO_BE_REPLACED 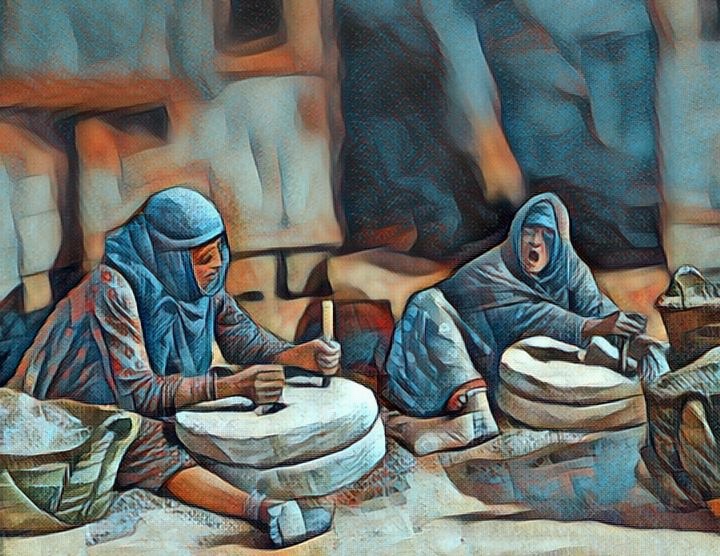 This really is a bit of a puzzle. In Matthew’s Gospel Jesus says concerning the hour and day of God’s judgment of Israel and the concomitant vindication of the Son of Man that it will be as in the days of Noah. In the midst of life catastrophe will come (Matt. 24:36-39). At the parousia of the Son of Man there will be two men working (presumably) in a field. One is taken and one is left. Two women are grinding grain at the millstone. One is taken, one is left.

Who is better off? The one taken or the one left?

Luke’s version of the logion is much the same, though a little more elaborate (Lk. 17:26-37). Not only in the days of Noah but also in the days of Sodom were people going about their ordinary business when disaster struck. That helps to narrow the field of reference.

So it will be when the Son of Man is revealed. People should not hesitate, they should not go back for their possessions, but should make a quick escape—just as Lot escaped from Sodom. The saying about not seeking to preserve one’s life (Lk. 17:33) then seems out of place here—both Noah and Lot did what was necessary to save themselves from the coming destruction.

The disciples ask, “Where, Lord?”, and Jesus replies cryptically, “Where the body is, there also the eagles will gather together” (Lk. 17:37, my translation).

So yes, who is better off? The one taken or the one left?

A moderate scholarly version of the traditional view is presented by Hagner in his commentary on Matthew:

At the time of the coming of the Son of Man there will be a division of humanity; some will be taken, some left behind. This is put very vividly in the reference to two men working in a field and two women grinding at the mill…. They are going about their normal activities, unaware of what is about to befall them, when suddenly one of them is taken and the other is left. Presumably those who are “taken” are among the elect whom the angels of the Son of Man are to gather at his coming (v. 31), while those who are left await the prospect of judgment.1

But there are problems with this. For a start, Jesus is not talking about a “division of humanity.” Nothing in this body of teaching points to a judgment beyond the boundaries of first century Israel. The “elect” are quite narrowly those whom Jesus chose and sent out as his emissaries to proclaim to Israel and to the nations the coming dramatic and decisive intervention of God in the affairs of his people to put things right.

So it’s a mistake to universalise the passage. This is something that will happen during the course of the conflict that will culminate in the destruction of Jerusalem and the temple. But it also seems likely that being “taken” (paralēmphthesetai) is not the happiest outcome either. This is not the rapture, folks.

The active form of paralambanō might mean “take along”: “And leaving (aphentes) the crowd, they took (paralambanousin) him with them in the boat, just as he was” (Mk. 4:36). But it is hard to find an example of the passive used in this sense. The dictionaries suggest that the passive could mean “be received” or “be accepted.” But there is only one other passage in the Greek scriptures where the passive of paralambanō is found, and I think this may provide the key to unlocking Jesus’ meaning.

The author of Wisdom of Solomon is discussing the punishment of the Israelites by snakes (Exod. 24:6-9). Although many died from the bite of the serpents, they were reminded of the oracles of God and were quickly delivered. Indeed, God has authority over life and death; he brings down to the gates of Hades, but he also brings his people back from the brink of destruction. A human person, by contrast, “kills in his wickedness but cannot bring back the departed spirit or set free the soul that has been taken (paralēmphtheisan)” (Wis. 16:14).

As in the Gospel passages, the theme is the violent judgment of Israel. The violent person, according to the author of Wisdom of Solomon, cannot restore to life the person whose soul has been taken. So—perhaps—one of those in the field or at the millstone or in the bed is “taken” by the violence of the invading Roman armies; and then, as we read next in Wisdom of Solomon 16:15, for the unrighteous to escape from God’s hand is impossible. The other, like Noah and his family, or like Lot, is left—and lives to fight another day.

One Old Testament passage is also suggestive, though we have a different compound with lambanō:

And I filled my anger, and I held back and did not finish them. I will pour it out on infants outside and on a gathering of young men as well, because husband and wife shall be seized (syllēmphthēsontai), an older person with fullness of days. And their houses shall be turned over to others, fields and their wives together, because I will stretch out my hand against the inhabitants of this land, says the Lord, because from their small even to their great, all carried out lawless deeds; from priest even to pseudo–prophet, all produced lies. (Jer. 6:11-13 LXX)

Did the reference to husband and wife both being “seized” in this passage prompt Luke’s more hopeful “in that night there will be two in one bed. One will be taken and the other left” (Lk. 17:34)?

Related content
Why I believe in the rapture
Resurrection, rapture and relevance
The ‘rapture’ in its literary and historical setting

Thanks! That does make a lot of sense. Unless Matthew was trying to make a different point than Luke it does fit in. It really fits in with Luke’s version of the discourse about Jerusalem being surrounded by armies

Re: Did the reference to husband and wife both being “seized” in this passage prompt Luke’s more hopeful “in that night there will be two in one bed. One will be taken and the other left”

Perhaps there is a connection with Jesus’ remarks in Mt 10 about one of the consequences of his ministry being division (seemingly an intentional consequence, “I came to bring [division]”, Mt 10:34-36), even hostility, within households.

Maybe the fact that two people, as close as husband and wife, have different destinies in the coming sorrows, can be thought of in terms of disagreements about how to respond to the siren call of of the militant nationalists versus the (granting that this is what the apostles were doing in their appeal to the people to rescue themselves from the prevailing corrupt generation) call to peace.

One can readily imagine the husbands wanting to participate in the rebellion and the wives urging caution.

What does Luke’s account of Paul’s visit to Athens tell us about how to do “missional church”?
Not sure about the charts: please explain…
Kingdom of God and missional church: not as difficult to define as you might think
Defying history: the future of the church in a Third World Culture
What exactly did Jesus get right?
The apocalyptic significance of Easter Week: suffering and kingdom
The apocalyptic significance of Easter Week: Jesus and the temple
Jesus and the judgment of the Watchers
END_OF_DOCUMENT_TOKEN_TO_BE_REPLACED