Andrew: See above.
Andrew: I always struggle with this…
Arthur Davis: Thanks for this one, Andrew…
Jo: “In a narrative-historical…
Andrew: Hi Rosemerryn, thanks. Just…
END_OF_DOCUMENT_TOKEN_TO_BE_REPLACED

When prophecy mostly didn’t fail (4 comments)
What did it mean to be the “fragrant aroma of Christ”? (0 comments)
Oops, mustn’t forget it’s Pentecost Sunday this weekend (0 comments)
No, not that undomesticated Jesus, the other one (9 comments)
END_OF_DOCUMENT_TOKEN_TO_BE_REPLACED

Why should I re-convert? 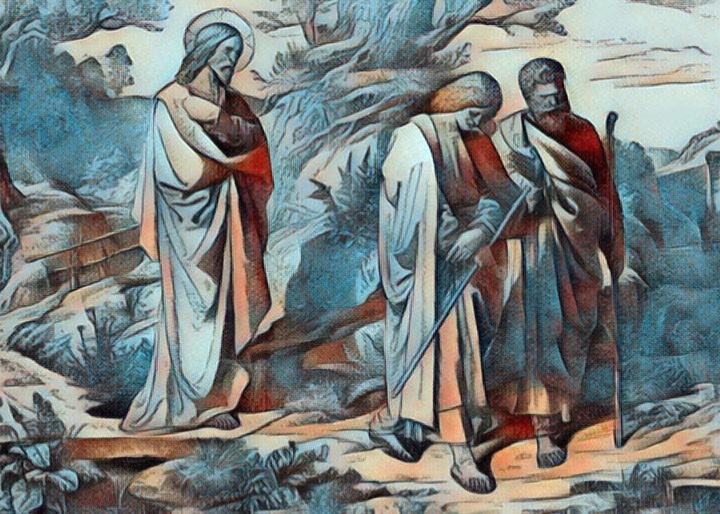 This is a story of our times, surely: a person I know slightly, trapped a while back in an evangelical Reformed seminary, drawn to the narrative-historical argument but not sure what to do with it, has now abandoned his faith, identifying as someone who is at best sympathetic to the metaphorical force of the Christian story.

He wants to know what I think about the resurrection of Jesus. Did it really happen in anything like a literal physical sense? It’s one of many reasons why people are finding it hard to stay Christian these days. Pete Enns considers several others, mostly of a rationalising nature, in a Bible for Normal People podcast out this week, if you’re interested.

The narrative-historical hermeneutic goes a long way towards grounding “Christian” thought and language in the concrete experience and outlook of first century Israel. That seems to me an essential development if the church is to rediscover a credible public witness in the coming decades. It’s why we need critical biblical studies.

So, for example, the cross is effective and “saving” fundamentally as a real act of faithfulness and obedience, to be replicated in the lives of the apostles and in the experience of the churches, not as an abstruse, impenetrable metaphysical transaction. The idea had been around for some time that it would be neither Torah-observance nor military power that would turn things around for Israel but the suffering of the righteous. Jesus fulfilled that expectation. We don’t need too much theologising to make sense of the cross.

‘So, I’m wondering,’ my friend says, ‘did Jesus actually get up from the dead? Why should I “re-convert”?’

In a similar way, the doctrine of the second coming of Jesus fails because the language has been detached both from its origins in Daniel 7 and from the historical perspective of Jesus and the early church. Daniel describes the vindication of the suffering righteous in Israel in history and the transfer of political-religious sovereignty to them. The narrative gets re-purposed. For Jesus, it would be a vindication of himself and his followers against a corrupt generation of Israel, within the lifetime of that generation. For the early church in the wider world, it would be the vindication of the persecuted communities of believers—in a less sharply defined timeframe—against both diaspora Judaism and the manifold powers of pagan religion.

And as a final example, I have argued till I’m blue in the face that there is no doctrine of hell as a place of eternal conscious torment in the New Testament. What we have is, on the one hand, the intense historical suffering of the Jews at the time of the war against Rome—Gehenna is a clear biblical symbol for the horrors of the siege; and on the other, the profound social disorientation of the collapse of Greek-Roman imperial paganism.1

Jesus’ purpose, therefore, was to save his people from a long tradition of rebellion against God—their particular historical sins (cf. Matt. 1:21)—which was building towards a devastating climax. Remarkably, what brought this about was his death, not least because it opened up a path of suffering that others would have to follow if the new future was to be concretely realised.

The story develops. His followers were equipped or empowered or anointed for the eschatological task when they experienced the outpouring of the Spirit of prophecy on the day of Pentecost. Gentiles came to see more clearly than most Jews that these events would have long-term implications for the wider pagan world and, in growing numbers, became part of the community of eschatological witness. They jettisoned their idols, turned to the living God, and waited for Jesus to deliver them from the wrath that would eventually come on the oikoumenē—classical pagan civilisation, the Roman Empire, depending on how we look at it (cf. Acts 17: 29-31; 1 Thess. 1:9-10).

But the critical element in this massive sea change in the affairs of the people of God was the conviction of Jesus’ followers that he had been raised from the dead. The significance of this was two-fold. First, it was God’s vindication of the faithfulness of the Son whom he had sent to recalcitrant Israel—the first of many sisters and brothers who would likewise suffer and be vindicated for the sake of the future life of God’s people (Rom.8:29).2 Secondly, it meant that Israel’s “Davidic” king was in a position to judge and rule not only over his own people but also over the nations of the empire which for so long had oppressed his people and defied the living God. This “political” vision, to be realised in history, is far more significant than any intimation of a final new creation.

‘So, I’m wondering,’ my friend says, ‘did Jesus actually get up from the dead? Why should I “re-convert”?’

The historian cannot answer the question. All we have are stories, in many ways quite ambiguous stories. But there’s a couple of things that we can say, I think—two important historical affirmations. And then we need to step back a bit.

First, the early church certainly believed that the recently crucified Jesus was alive in heaven with the Father, and that they could communicate with him in the Spirit; and then stories circulated about an empty tomb and resurrection appearances. That witness is historically important.

Secondly, Paul’s prediction in Philippians 2:10-11 was fulfilled in precisely the historical terms in which it was intended: the peoples of the Greek-Roman world foreswore their idols, their gods, and confessed Jesus Christ as Lord, to the glory of the living and true God, who made the heavens and the earth, and who—as our story goes—chose a people to serve him in the midst of the nations. The historical witness bore historical fruit, and the question of whether Jesus was raised from the dead should not be addressed without taking that outcome into account.

And that’s where we need to step back a bit….

The resurrection of Jesus was a critical moment in the story of God’s people, but it wasn’t the whole story. If Jesus had not been raised from the dead, then the apostles were preaching in vain, the churches were believing in vain: there would be no future, there would be no “inheritance,” there would be no rule of Israel’s messiah over the nations of the ancient world (cf. 1 Cor. 15:12-14).

The real “proof” of the validity of the apostolic testimony about the risen Lord was that three hundred years later the whole of the Roman world confessed an obscure, crucified Jewish prophet-messiah as Lord of the whole cosmos.

The other thing we can say, perhaps, is that evangelical seminaries have a lot to answer for.

Andrew, I see you referenced Pete’s latest podcast which I had bookmarked to listen to this week. I have read his blog and was about to dive into his podcasts. This will spur me on.

Did I miss whether you said that Jesus bodily came back from the dead?

Possibly not, or not in those terms. It wasn’t the question I was trying to answer. The “facts” as presented to us are that the tomb was empty, Jesus appeared to his followers in an ambiguous, elusive, but seemingly tangible fashion, that he was taken up into heaven to be seated in the divine council at the right hand of God, to judge and rule over the nations on God’s behalf until the last enemy is destroyed, and that his followers believed that they were in direct communication with him. Paul makes the more theoretical point that Jesus’ somatic existence in heaven is categorically different from his somatic existence on earth (1 Cor. 15:35-49).

When prophecy mostly didn’t fail
What did it mean to be the “fragrant aroma of Christ”?
Oops, mustn’t forget it’s Pentecost Sunday this weekend
No, not that undomesticated Jesus, the other one
What does Luke’s account of Paul’s visit to Athens tell us about how to do “missional church”?
Not sure about the charts: please explain…
Kingdom of God and missional church: not as difficult to define as you might think
Defying history: the future of the church in a Third World Culture
END_OF_DOCUMENT_TOKEN_TO_BE_REPLACED