Andrew: Thanks for this, Edwin.
…
Edwin Janzen: How would natural law…
Andrew: Excellent, Paul. Thanks. The…
Paul Prins: I understand that Jesus does…
END_OF_DOCUMENT_TOKEN_TO_BE_REPLACED
Subscribe to Recent comments

Opposite-sex relationships and the narratives of evangelical mission (0 comments)
Was Jesus among the oppressed? (4 comments)
Should evangelicals be reading the signs of the times? (5 comments)
Some notes on race and unity in narrative-historical perspective (0 comments)
END_OF_DOCUMENT_TOKEN_TO_BE_REPLACED 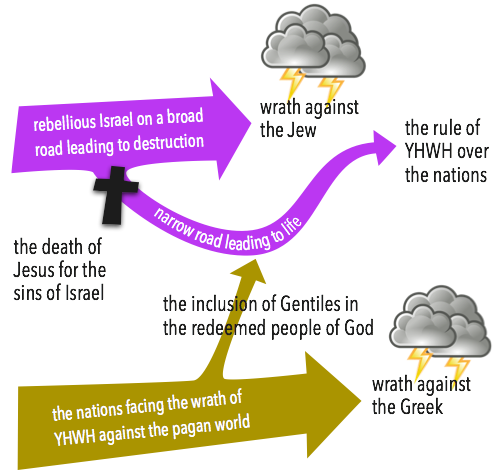 A quiz on the atonement (in narrative-historical perspective)
Stephen Burnhope: Atonement and the New Perspective
The wrath of God and the death of Jesus
Gentiles are saved by the salvation of Israel? Really? What about this, that, and the other?

Opposite-sex relationships and the narratives of evangelical mission
Was Jesus among the oppressed?
Should evangelicals be reading the signs of the times?
Some notes on race and unity in narrative-historical perspective
A great and terrible day of the Lord?
Review: God and the Pandemic: Tom Wright’s myopic theological response to coronavirus
Review: Walter Brueggemann, Virus as a Summons to Faith: Biblical Reflections in a Time of Loss, Grief, and Uncertainty
Seriously? Coronavirus is a dress rehearsal for persecution of the American church?
END_OF_DOCUMENT_TOKEN_TO_BE_REPLACED
Subscribe to Recent posts

Should evangelicals be reading the signs of the times?