The kingdom of God—temporal or spiritual? (4 comments)
The order of the descending city visions in Revelation and why it matters to us (3 comments)
Why the “bride, the woman of the Lamb” is not what I thought it was (6 comments)
So here’s the real reason why the holy city descends twice at the end of Revelation (2 comments)
END_OF_DOCUMENT_TOKEN_TO_BE_REPLACED 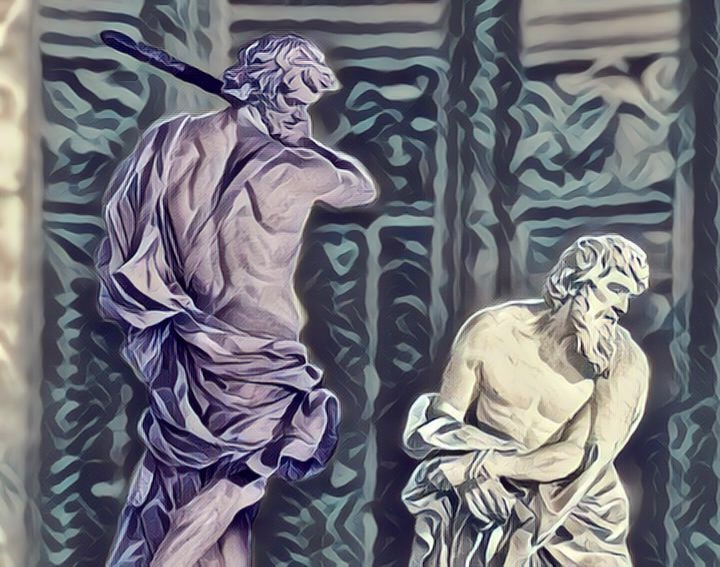 The martyrdom of Paul the Apostle

On The Gospel Coalition site Phil Thompson asks what Paul means when he says, “Now I rejoice in my sufferings for your sake, and in my flesh I am filling up what is lacking in Christ’s afflictions for the sake of his body, that is, the church” (Col. 1:24). How could anything be lacking in Christ’s afflictions? And how could Paul think that he was a fit person to make up the deficit?

Two solutions are considered and dismissed.

The “mystical union” view, associated with Calvin, says that Christ continues to suffer in the sufferings of his body, but this cannot explain why Christ’s sufferings need to be completed.

The “messianic woes” view, “based on some alleged parallels in Jewish literature,” asserts that Paul’s suffering is eating away at the fixed quota of suffering that the church must endure before the eschaton. But 1) this sounds like arrogance on Paul’s part; 2) Paul thinks that his suffering directly benefits the Colossians; and 3) the supposed Jewish parallels are not very good.

So Thompson recommends a third view—a new consensus that has emerged over the last decade.

He thinks that there is a link between filling up (antanaplērō) Christ’s afflictions in verse 24 and making the gospel fully known (plērōsai) in verse 25.

The connection is mission. Paul is saying he’s carrying out his God-given Gentile mission. And in carrying out that mission, he’s making the message fully known geographically, taking it to the ends of his known world and establishing a gospel beachhead across the Empire.

The gap that needs to be filled up is the one between the present state of affairs and the “suffering necessary to establish a gospel presence among all the Gentiles.” Paul is making up that gap by taking the gospel to the heart of the Roman Empire, and in the process the believers in Colossae have benefited.

Thompson doesn’t attribute this “consensus” to anyone in particular, so it’s difficult to check the details. It seems to me that it fails on similar grounds to the “messianic woes” theory: it doesn’t explain why this is a filling up of the sufferings of the Christ rather than of the missional church.

So I recommend a fourth view. I proposed this a long time ago in a Tyndale Bulletin article that is actually listed in The Gospel Coalition’s resource library. Thompson should have done a bit more research!

…and in my flesh I am filling up what is lacking in Christ’s afflictions for the sake of his body, that is, the church.

…and I fill up what is lacking of the sufferings of the Christ in my flesh for the sake of his body, which is the church.

If “in my flesh” is moved to the beginning of the statement, it appears to qualify “I fill up,” and “Christ’s afflictions” are understood to be “for the sake of his body.”

But in the Greek “in my flesh” more naturally attaches to “the sufferings of the Christ.” Paul is saying, in effect, that he has personally—in his flesh—not yet suffered to the extent that Christ suffered. He rejoices in his sufferings because he is being more closely conformed to the pattern of Christ’s sufferings.

This is exactly what lies behind the argument about conformity to the “image” of Christ in Romans 8:29 and 2 Corinthians 3:18. The “image of Christ” is not ideal redeemed humanity but suffering servanthood—especially apostolic servanthood—to the point of death.

More directly, the interpretation is supported by what Paul says in Philippians 3:9-10. He repudiates his credentials as a Pharisee in order to gain Christ and “that I may know him and the power of his resurrection, and may share his sufferings, becoming like him in his death, that by any means possible I may attain the resurrection from the dead.”

This explains Colossians 1:24 exactly. It is Paul’s deepest desire, his driving apostolic ambition, to experience fully what Christ experienced—to share in his sufferings, undergo the same death, in the hope that he too many attain the resurrection from the dead. In other words, he desires to fill up what is lacking in his own flesh, in his own experience, in his own life, of the suffering of Jesus to the point of death on a Roman cross.

Related content
How does Paul fill up what is lacking of Christ’s sufferings?
Sonship and suffering at the heart of Romans
If you enjoyed reading this post, why not share it with associates, friends, and loved ones?

For as long as I can remember thinking about this, it has seemed to me that one ought to read Col 1:24 with Acts 9:16 in mind. Though it’s not clear to me whether “I will show him” implies that Paul was shown at the outset what lay ahead of him in terms of what he “must suffer”, or the “I will show him” was more of a progressive unveiling as it happened.

But it’s hard for me to escape the sense that Paul believed from the outset that a lot of suffering for the sake of Jesus’ name lay ahead of him. He embraced that as a “grace” (as in Phil 1:29), a privilege. It makes perfect sense to me that Paul perceived a “deficiency” in his conformity to Christ’s sufferings, and pressed on to fill that up.

Hey Andrew, thanks for interacting with my article. I just stumbled across your post and thought I’d bounce back a four items.

First, I’ve read your article several times in my work to wrestle with this verse over the years and have appreciated your take and insights. I certainly provided nowhere near a full catalogue of the interpretations of the passage given the constraints of a popular article and the vast array of minority views on the verse. Instead, I focused on views that are incredibly common in the field (i.e., the mystical union view was the predominant view until the mid-1900s, and the messianic woes view dominated the scene from CFD Moule forward). Please do not read my omission of your reading as a slight.

Second, if you’d like to chase some of the sources, a few that would understand the text in a missional sense would be:

Hanna Stettler, ‘An Interpretation of Colossians 1:24 in the Framework of Paul’s Mission Theology’ in Jostein Ådna and Hans Kvalbein, eds., The Mission of the Early Church to Jews and Gentiles (Wissenschaftliche Untersuchungen zum Neuen Testament, 127; Tübingen: Mohr Siebeck, 2000), pp. 185-208.

A sort of variation of this view was also popularized by John Piper in the second edition of his Desiring God. You can pick up this sort of missional orientation, albeit somewhat generalized, as far back as Chrysostom (“[Paul] will not have the sufferings to be his own, but his, through the desire to reconcile these persons to [Christ]”).

Third, related to your handling of the passage, I’ll make a few observations. I would value your feedback as I sharpen my own understanding of the text and of your view in particular:

Finally, your main critique of my interpretation is that I did not helpfully explain how I would view the afflictions as those “of Christ” and not “of the missional church.” I agree that I didn’t deal as well with that point as I should have. Here’s an attempt:

Jesus Christ experienced affliction in his ministry and death to fully proclaim the good news among the Jewish people (cf. Rom 15:8). Paul is filling up those very same afflictions in his ministry (and future martyrdom) by fully proclaiming the good news among the Gentiles (cf. Rom 15:18–19). The afflictions of Jesus Christ are thus properly said to be his entire sufferings that are ”incomplete” in that they haven’t been extended by proclamation to and participation among the Gentiles. He has left a specific and attainable parallel set of sufferings to Paul specifically that can be extended to the sufferings of the missional Church as she brings the good news to the whole world principially.

My interpretation wouldn’t rule out that a cruciform martyrdom is on Paul’s mind here, but that it was secondary to his primary point, viz. that his afflictions are following the same missional paradigm of Jesus.

Any critiques on my thinking would be welcome here and/or via my email.

The kingdom of God—temporal or spiritual?
The order of the descending city visions in Revelation and why it matters to us
Why the “bride, the woman of the Lamb” is not what I thought it was
So here’s the real reason why the holy city descends twice at the end of Revelation
Why does the holy city Jerusalem descend from heaven twice at the end of Revelation?
Apocalyptic thinking and the fate of the dead in the New Testament
Conversation with Rob Bavington about church-planting in Bradford, UK
The sinfulness and salvation of all Israel in Romans
END_OF_DOCUMENT_TOKEN_TO_BE_REPLACED

Conversation with Rob Bavington about church-planting in Bradford, UK