Keith Wansbrough: Looks good now, thanks. The…
Andrew: Thanks, Keith. It was…
Keith Wansbrough: The chart didn’t appear for…
Juanita: Hi there Sam We spoke…
Andrew: David, many thanks for this…
END_OF_DOCUMENT_TOKEN_TO_BE_REPLACED

Cleanthes’ “Hymn to Zeus” and the renewal of monotheism (3 comments)
Conversation with Mike Bird about In the Form of a God (0 comments)
Answering Mike Bird about the referent of "all things" in 1 Corinthians 8:6 (0 comments)
Interview: The Preexistence of Christ and Narrative Historical Theology (1 comment)
END_OF_DOCUMENT_TOKEN_TO_BE_REPLACED

What Christmas teaches us about the gospel 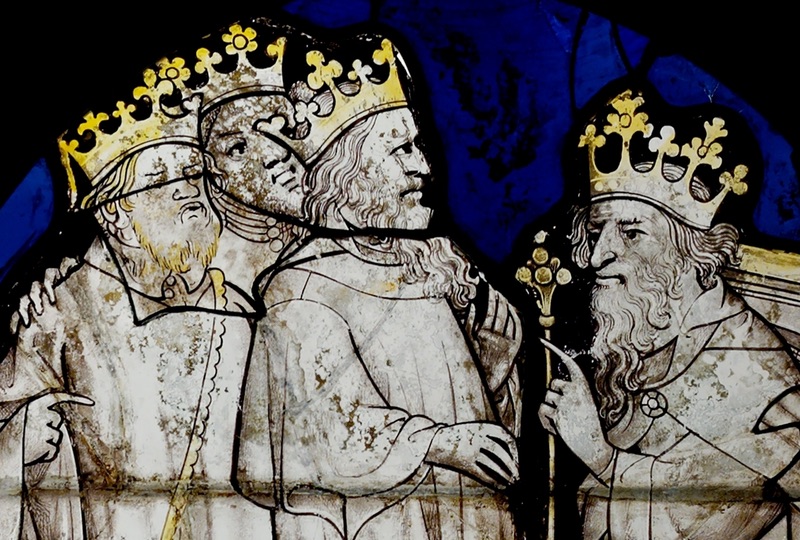 Jonathan Leeman has weighed into the debate about whether the gospel has to do with personal salvation or social and cosmic justice. Or both. Or neither. He takes Tim Keller’s side in this week’s little well-mannered twitter spat, and zealously raises the banner of “inseparable asymmetry” in the hope of rallying divided evangelicals to a traditional understanding of the church’s mission. The primary problem solved by the gospel, he insists, is our sin against God. The secondary problem solved by the gospel is our sin against others.

It’s stirring, but it’s not a biblical way of thinking. It is a theological way of thinking that reckons only with the general and universal and disregards the one dimension to scripture that more than anything else gives meaning to a term like “gospel”—that is, the troubled historical experience of the people of God.

The error is found on both sides of the modern debate. Making social and cosmic justice primary and demoting the forgiveness of sins gets us no closer to the “truth” of the New Testament witness.

What ought to hold the two sides together is not a contrived tendentious phrase like “inseparable asymmetry”. That’s hardly going to solve the problem. The reason that evangelicalism is tearing itself apart in this way is that the modern church lacks the sort of narrative self-understanding and sense of purpose that controlled the meaning of such “theological” terms as “gospel” and “kingdom” in the New Testament period.

Fortunately, we are approaching Christmas, which is the time of year when the narrative shape of things ought to be most apparent.

Mary’s son would be called Jesus because he would “save his people from their sins” (Matt. 1:21). It was not the whole world that needed saving, it was Israel. The virgin conception had nothing to do with the biology of incarnation; it was an exceptional prophetic sign that God was with his people at a time of great crisis, both to judge and to save (Matt. 1:23). The magi from the east came looking for a new king who would “shepherd my people Israel” (Matt. 2:6). Herod killed the babies not because he didn’t want the world to be saved but because he didn’t want a rival to his throne (Matt. 2:16).

Salvation meant that the mighty would be brought down from their thrones, and those at the bottom of the social heap would be lifted up; the hungry would be filled, and the rich would be sent empty away.

For Luke the unconventional conception of Jesus was a sign that he would be “the Son of God”—not “God the Son”, not the second person of the Trinity, which was another story, but the Davidic king who would “reign over the house of Jacob for ever” (Lk. 1:32-33, 35). Jesus was the anointed king, the Lord, who would bring peace to a people under Roman occupation (Lk. 2:1, 11, 14).

In this story disobedient, unjust Israel is called to repent because it had not walked in the ways of God. Israel stood in need of forgiveness because its rulers were proud, corrupt and self-serving and had neglected the poor and helpless (Lk. 1:46-55).

Salvation in the Christmas narrative was not the universal forgiveness of personal sin. Salvation meant that the mighty would be brought down from their thrones, and those at the bottom of the social heap would be lifted up; the hungry would be filled, and the rich would be sent empty away—into the outer darkness where there was wailing and gnashing of teeth. Salvation meant that the righteous in Israel would be saved from their enemies and freed to serve the God of their fathers without fear (Lk. 1:67-79). The child was “appointed for the fall and rising of many in Israel” (Lk. 2:34).

Finally, the nations of the ancient world would see this act of salvation and would gain a new understanding of and respect for Israel’s God. As a result Israel would be held in high esteem among the nations (Lk. 2:29-32).

So why did Israel need forgiveness of sins? Because as a nation it had fallen consistently short of God’s standards of corporate righteousness. What was the “gospel”? That Israel was about to be judged and renewed.

This is a compelling story of good news that perfectly holds together forgiveness of sins and the demand for social justice. For too long Israel had not practised righteousness. Its very existence was under threat—as John would say a few decades later, the axe was laid to the root of the trees. So Israel needed a new king, who would lead his people to repentance, defeat their enemies, and rule over them throughout the coming ages.

That was the gospel story—at least as far as Israel was concerned; Paul’s perspective was a little different. No one was arguing about primary and secondary sins. There was no need for a cumbersome theoretical clamp of “inseparable asymmetry” to stop things falling apart. It just needed a powerful prophetic sense of past, present and future, a sense of history, a sense of what God was doing for the sake of his people at a time of crisis.

It’s not our story. Our story is different—but not so different that there aren’t lessons to be learned from the Christmas material about what it would mean for the confused, fractious, disoriented post-Christendom church to hear good news today.

Andrew, a good friend of mine who is with Communitas here in the states introduced me to your work about a year ago. This seemed an appropriate time to say Merry Christmas to you and yours, and let you know I appreciate your efforts, even though this is my first comment here, your writing has been the catalyst for much thought and conversation. Re: Mission is next in line on my book pile as well, looking forward to it! Blessings to you in the New Year my friend, keep up the good work.

Thank you, Les. I shall try hard not to guess who our mutual friend is.

Credit where credit is due right you are. Leon Longard, team leader for Diakonos Community in Indianapolis, Communitas is an exceptional organization and he’s proof of it.

Andrew — Have you read Scot McKnight’s Kingdom Conspiracy? While I know McKnight doesn’t take the narrative approach as far as you would prefer, I thought he at least does well and highlighting the problem on ‘both sides of the fence’ in regards to the discussion around kingdom mission being primarily about personal salvation or social justice. He notes that both get off track because both fail to see the bigger picture of the kingdom of God across the Scripture.

Thank you, Andrew, for a year’s worth of serious thinking. Whenever I see a new posting from you I read it straight away, and then again later. I don’t always agree, but often find my mind changed or opened. Most satisfying is when I come to a conclusion on something or other, and then discover you agree with me. Please accept this feeble old man’s heartfelt appreciation and gratitude.

Why did Jesus instruct his disciples not to preach the kingdom of God to Gentiles and Samaritans?
Cleanthes’ “Hymn to Zeus” and the renewal of monotheism NEW
Did Jesus promise to return within the lifetime of his disciples?
Alexandria and Antioch: a revised tale of two cities
Man and woman as “one flesh”: are we just obsessed with sex?

Cleanthes’ “Hymn to Zeus” and the renewal of monotheism
Conversation with Mike Bird about In the Form of a God
Answering Mike Bird about the referent of "all things" in 1 Corinthians 8:6
Interview: The Preexistence of Christ and Narrative Historical Theology
How we got from kingdom to Trinity: Constantine and pagan monotheism
Jesus and Paul, works and faith
Some hazardous thoughts on the Trinity for a new year and a new era
Was it Roman custom for people to return to their home town for a census?
END_OF_DOCUMENT_TOKEN_TO_BE_REPLACED