Rich: I think this is probably one…
Joseph Holbrook: I loved your last paragraph.
Bible Drew : You may have posted on this…
Andrew: I just came across this…
END_OF_DOCUMENT_TOKEN_TO_BE_REPLACED
Subscribe to Recent comments

Speaking in tongues (glossolalia) in narrative-historical perspective (2 comments)
Opposite-sex relationships and the narratives of evangelical mission (1 comment)
Was Jesus among the oppressed? (7 comments)
Should evangelicals be reading the signs of the times? (5 comments)
END_OF_DOCUMENT_TOKEN_TO_BE_REPLACED

The “patriarchy paradox”: why both complementarians and egalitarians may have got it wrong (and right)

An article in the London Times today reports on what it calls the “patriarchy paradox”, which is that social equality between men and woman appears currently to reinforce rather than weaken gender stereotyping. You need to subscribe to the Times to view the article, but I’ll summarise the content here.

The assumption has been that when women are presented with the same opportunities as men, when the playing field is levelled, gender stereotyping will slowly disappear: we will increasingly see women taking on traditionally male roles in society, and vice versa.

Two new studies, however, have backed up a growing understanding among psychologists that the opposite is in fact the case: “The more gender equality in a country, the greater the difference in the way men and women think.”

A survey of 130,000 people from 22 countries carried out by the University of Gothenburg suggests that in countries where there is a high participation of women in the workplace, parliament and education, there is a greater divergence between male and female behaviour as measured by standard psychological criteria.

It appears that the complementarians can’t have it both ways. They can’t have both patriarchy and authentic gender differentiation—at least, not in the modern world.

The second study, published in the online journal Plos One, describes a correlative finding: women are much more likely to choose conventionally male careers in countries ranked poorly on gender equality by the World Economic Forum.

Erik Mac Giola, the lead author of the Swedish study, is quoted: “It seems that as gender equality increases, as countries become more progressive, men and women gravitate towards traditional gender norms.”

The article notes further that the patriarchy paradox runs counter to that stream of feminist theory which insists that gender differences are constructed rather than essential, and offers some speculation on the reasons. For example, perhaps people in developed, progressive societies have greater freedom to “be themselves”, in effect, thus “magnifying natural differences”. The counterpart to that, it seems to me, wold be that in unequal societies, women more aggressively pursue traditional “male” careers or lifestyles as a way of achieving social equality.

It’s not really for me to comment on the accuracy or credibility of the research—it is supposedly now “one of the best-established findings in psychology”. But, on the face of it, it has interesting implications for the biblical and theological debate about gender.

The patriarchy paradox suggests that both sides may be partly right and partly wrong—though I think the egalitarians are slightly less wrong.

It appears that the complementarians can’t have it both ways. They can’t have both patriarchy and authentic gender differentiation—at least, not in the modern world. If men and women are to fulfil their innate created and divergent potentials, there has to be equality. So there has to be the freedom, in principle, for women to play a leadership role in the family and the church without the fear that they are sabotaging the machinery of creation .

“Traditionalists or complementarians have generally argued both that men and women are biologically different and that men should have authority over women.”

The second part is incorrect. We don’t argue that men in general should have authority over women in general, but only husbands over wives. This, of course, is the natural order, and exists in every society on earth.

Malcolm, the second part might be incorrect if I’d said what you said I said. But I didn’t. I didn’t say “men in general” and “women in general”. I said that complementarians have “generally argued that…”. I didn’t specify the context, but the discussion was about patriarchy, so it sort of goes without saying that the primary context is the household. But also, wouldn’t most complementarians argue that a woman—even a sngle woman—shouldn’t exercise authority over men in a church context?

Gender and headship in eschatological perspective
Will there be gender inequality in the resurrection?
The curse of patriarchy and the hope of new creation
Craig Keener and the fallacy of mutual submission 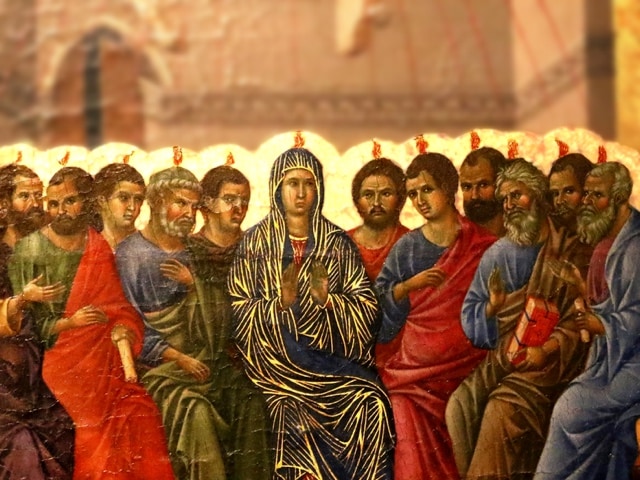 Speaking in tongues (glossolalia) in narrative-historical perspective
Opposite-sex relationships and the narratives of evangelical mission
Was Jesus among the oppressed?
Should evangelicals be reading the signs of the times?
Some notes on race and unity in narrative-historical perspective
A great and terrible day of the Lord?
Review: God and the Pandemic: Tom Wright’s myopic theological response to coronavirus
Review: Walter Brueggemann, Virus as a Summons to Faith: Biblical Reflections in a Time of Loss, Grief, and Uncertainty
END_OF_DOCUMENT_TOKEN_TO_BE_REPLACED
Subscribe to Recent posts