Juanita: Hi there Sam We spoke…
Andrew: David, many thanks for this…
David: And, for further reading, I…
David: There’s a substance to this…
Arthur Davis: That, I think, is the…
END_OF_DOCUMENT_TOKEN_TO_BE_REPLACED

Conversation with Mike Bird about In the Form of a God (0 comments)
Answering Mike Bird about the referent of "all things" in 1 Corinthians 8:6 (0 comments)
Interview: The Preexistence of Christ and Narrative Historical Theology (1 comment)
How we got from kingdom to Trinity: Constantine and pagan monotheism (2 comments)
END_OF_DOCUMENT_TOKEN_TO_BE_REPLACED 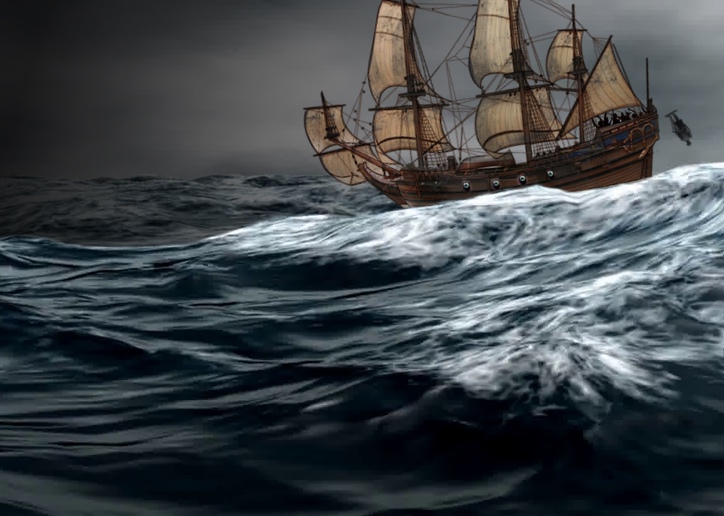 I thought that this was a rather good piece on marriage by the sociologist Mark Regnerus in Christianity Today. You have to be a subscriber to read it, unfortunately, or you could look out for his forthcoming book, The Future of Christian Marriage.

Briefly, in the article he tries to give a picture of how young Christians today view marriage, based on interviews with nearly 200 people from seven countries (Mexico, Spain, Poland, Russia, Lebanon, Nigeria, and the United States). His conclusion is that the global picture is not markedly different from attitudes in the West. Marriage is now regarded as “a capstone that marks a successful young adult life, not the foundational hallmark of entry into adulthood,” which explains why so many young people—even Christian young people—are loathe to commit. But the statement that caught my eye is this one:

In an era of new options, more choices, greater temptations, higher expectations, consistent anxiety, and endemic uncertainty, nothing about the process of marrying can be taken for granted. Although I risk sounding alarmist, I can’t stress this point enough: The institution of marriage is under severe strain.

First, this is a further indication that Western civilisation, having some time ago set sail from the shores of the old world, has travelled beyond the point of no return. We can’t turn back. We have to press on, even if we have no idea how long it will take to reach the brave new world of a post-Christian anthropology—or if such a place even exists.

This is a further indication that Western civilisation, having some time ago set sail from the shores of the old world, has travelled beyond the point of no return.

The legalisation of same-sex marriage and the promotion of transgenderism have disrupted the traditional biological binary. The Black Lives Matter movement is a flare up in a long struggle to throw overboard the shipload of racial and colonial baggage that we have brought with us. The coronavirus pandemic has come upon us like a rather vicious squall, but the fear is that it merely presages more deadly storms ahead thanks to unmitigated climate change.

Fearful of being caught as stowaways and made to walk the plank, the church is torn between trying to blend in and hiding in the lifeboats. Some of us are wishing that we’d never left Egypt.

The second thought is that Regnerus’ alarmism sounds a lot like Paul’s teaching about sexuality and marriage in 1 Corinthians 7. The church is going through, or is about to go through, a period of intense social turmoil. Paul knows what it means to be persecuted, for the normal patterns of life to be disrupted, and he thinks, frankly, that the saints in Corinth would deal with the stress better if they didn’t have families to worry about.

But he knows that’s unrealistic. Most people have a strong sexual drive, and few have the gift of celibacy; and besides, many are already married and have families to look after. So they will have to manage as best they can. The thing is to stay focused on the eschatological vision, which is the gospel—that Jesus is Lord and will one day be confessed as such by the nations of the Greek-Roman world.

That is the context in which Paul here teaches about sexual relations, celibacy, marriage, and indeed slavery. Some scholars argue that the crisis he had in mind was an empire-wide famine—Wright takes this view in his book on coronavirus. This would give us a decent analogue for the pandemic, but I think that a larger narrative of “eschatological” transition is in place.

We normally get what we need from the letter—for our preaching or private devotions—by picking out isolated bits and pieces of teaching about sexuality, or evangelism, or spiritual gifts, or the restricted role of women, or whatever, and we rarely see the wood for the trees—such is our haste to chop the trees down and drag them back into our own world.

So let’s step back, pause, and try to get a clearer view of the eschatological dimensions of the letter. I have paraphrased the texts to a degree in order to highlight what I think is the controlling narrative as concisely as possible.

Paul’s task as an apostle, therefore, was to make sure, as far as it was in his power, that the church in Corinth would still be standing when the day of Jesus Christ came. Everything he is says on matters of ethics, religious practice, sexuality, community relations, spiritual gifts, gender, and resurrection is subject to that programme.

Our programme is very different. There’s no point in saying the same things today and expecting them to work or be meaningful in the same way. The world has changed too much. Landmarks have been moved. Magnetic north isn’t where it used to be. Christendom is behind us, not ahead of us. We are having to rethink matters of ethics, religious practice, sexuality, community relations, spiritual gifts, gender, and resurrection within the frame of a very different “eschatological” narrative. That is part of my argument in my book on same-sex relationships and the narratives of evangelical mission.

The fact that Regnerus’ analysis of marriage under stress sounds like Paul’s analysis of marriage under stress does not mean that the same diagnosis and remedies apply. But it does encourage us to think and teach in the way that Paul did by taking into account the narrative that frames all that we do. For now we see the future only dimly, uncertainly, as though in an antique mirror, but we see enough to disciple communities with that future in mind.

Related content
Discipleship and the eschatological narrative of 1 Corinthians

Ad: reach the brave new world of a post-Christian anthropology

…we sail to a new „trans-Augustine„, Post-neo-Platonism“, „trans-Christendom„ anthropology with totally other remedies because of — in my opinion too — different diagnosis.

thx for the compressed clarifications… Andrew

Conversation with Mike Bird about In the Form of a God
Answering Mike Bird about the referent of "all things" in 1 Corinthians 8:6
Interview: The Preexistence of Christ and Narrative Historical Theology
How we got from kingdom to Trinity: Constantine and pagan monotheism
Jesus and Paul, works and faith
Some hazardous thoughts on the Trinity for a new year and a new era
Was it Roman custom for people to return to their home town for a census?
A Hindu asks a very good question about the death of Jesus and the salvation of Gentiles
END_OF_DOCUMENT_TOKEN_TO_BE_REPLACED