Samuel Conner: I see radical contrasts. For…
Katapetasma: Jesus entered Jerusalem as…
Jon Hallewell: I’m not sure why but I…
Paul McGuire: Andrew, I’m sure you have…
Andrew: Well, a couple of points in…
END_OF_DOCUMENT_TOKEN_TO_BE_REPLACED

Did Paul think that women are more gullible than men? 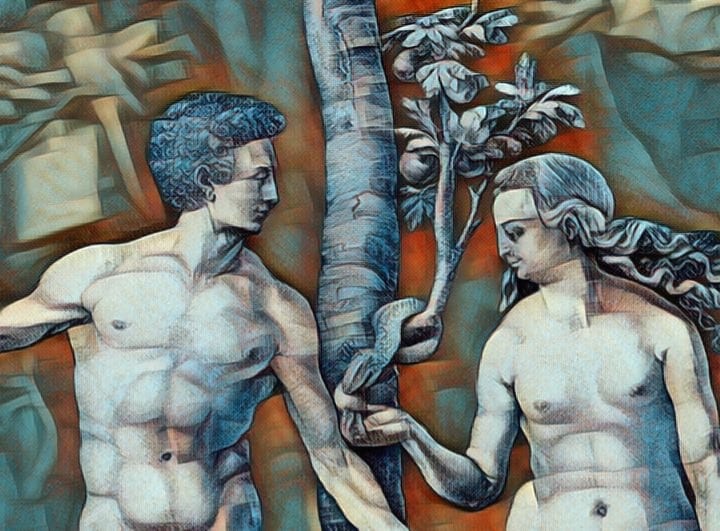 Writing to Timothy, Paul (presumably) says that a woman should learn quietly in all submissiveness and not be allowed to teach and “exert influence over” (authentein) men because “Adam was formed first, then Eve; and Adam was not deceived, but the woman was deceived and has come into transgression” (1 Tim. 2:13-14). I argued years ago in Speaking of Women: Interpreting Paul that the point here is not that Eve was deceivable but that the serpent deceived. I was given reason to reexamine this argument recently, and I want to add some further weight to it here.

1. The syntactic parallelism is important: Adam was formed (eplasthē), then Eve || Adam was not deceived (ouk ēpatēthē), but the woman…. The passives highlight the role of the implied active subject: God formed Adam, then Eve; the serpent did not deceive Adam but deceived the woman.

2. The reason why Adam was not deceived was not that he was innately less deceivable or gullible but that the serpent did not choose to deceive him. The question we have to ask, therefore, is why the serpent chose to deceive Eve rather than Adam.

3. The theme of the deception of Eve occurs quite often in Hellenistic-Jewish literature, and mostly the emphasis is on the active role of the serpent rather than on the passive condition of either the woman or the man.

4. Josephus lays the blame at the feet of the serpent, so to speak: he “persuaded the woman, out of a malicious intention, to taste of the tree of knowledge, telling them, that in that tree was the knowledge of good and evil … by which means he overcame the woman, and persuaded her to despise the command of God” (Ant. 1:42–43).

5. In 2 Corinthians 11:3 Paul uses the serpent’s action in deceiving (exēpatēsen) Eve as a type or figure for the deception of the church by false teachers who proclaim a different gospel.

6. The rationalist Philo, it should be noted, associates the man with the intellect and the woman with the “outward senses,” which are easily beguiled and seduced (Philo, 1 Gen. 46). He thought that the mind of the man is “competent to disentangle the notions of seduction; but the mind of the woman is more effeminate, so that through her softness she easily yields and is easily caught by the persuasions of falsehood, which imitate the resemblance of truth” (1 Gen. 33). He seems to suggest that women are more anxious than men to “acquire a life which should be free from old age, and from all decay.”

7. The view is expressed in Letter of Aristeas 250 that “the female sex is bold, positively active for something which it desires, easily liable to change its mind because of poor reasoning powers, and of naturally weak constitution.”

8. The mother of the seven sons martyred by Antiochus Epiphanes professes herself undeceived: “I was a pure virgin and did not step outside my father’s house, but I kept watch over the built rib. No seducer or corrupter on a desert plain corrupted me, nor did the seducer, the snake of deceit, defile the purity of my virginity” (4 Macc. 18:6–8). This is significant for two reasons: it shows that it was not universally assumed that women were deceivable, and it highlights the connection between deception and seduction.

9. The Testament of Job also distinguishes between women who are susceptible to the wiles of Satan and women who are not: “Do you then not see the devil standing behind you and troubling your thoughts, that he might also deceive me? For he plans to exhibit you as one of the senseless women who lead astray the sincerity of their own husbands” (T. Job 26:6).

10. The tempting of Eve and Adam is given sexual overtones by the psalmist when he prays, “let not the beauty of a lawless woman beguile (apatēsatō) me, nor any one that is subject to unprofitable sin” (Ps. Sol. 16:8). The thought behind this is that a woman who has broken the law (she is paranomousēs) may then deceive a righteous man by her beauty. Like Paul the psalmist uses the Genesis story to warn of the dangers of sexual attraction.

11. The association between deception and seduction is further enforced by Exodus 22:16: “Now if someone leads (apatēsēi) astray an unbetrothed virgin and lies with her, with a bride price he shall pay the bridal price for her as a wife for him” (Exod. 22:16 LXX).

12. In the context, the reason why the serpent targets Eve appears to be that the man was “formed” before the woman. Given the emphasis on learning, it seems to me that Paul’s point is that the man is intellectually and socially “formed” before the woman. The verb plassō can mean both to form or mould a soft substance and “to direct personal character or cultural formation, shape” (BDAG s.v. 2). I think that Paul plays on this ambiguity.

13. In 2 Timothy 3:6-7 Paul warns against false teachers who “creep into households and capture weak women, burdened with sins and led astray by various passions, always learning and never able to arrive at a knowledge of the truth.” This strongly suggests that Paul is developing a sort of typology or analogy between the seduction of Eve by the serpent, leading to the further deception of Adam, and the seduction of “weak women” in the community by false teachers, leading to the deception of the community as a whole.

So I would hold that Paul’s argument here is consistent with that strand of Jewish thought that places the weight on the sinister intention of the serpent to deceive, associated closely with the ever-present danger of sexual seduction. He has nothing to say about the woman’s poor reasoning powers, weak constitution, or natural gullibility.

It is not the woman’s innate liability to deception that threatens the theological integrity of the church in Ephesus but the age-old dynamics of sexual seduction and the retarded “formation” of women in a patriarchal culture. Malicious deception works because we have conflicting desires and because we are, to varying degrees and in various ways, ignorant.

In the modern western world the intellectual and social formation of women more or less matches that of men and in many instances exceeds it. It is also glaringly obvious that men are at least as vulnerable to seduction and deception as women are. Threats to the theological integrity of churches abound, but different solutions are required.

Related content
The “patriarchy paradox”: why both complementarians and egalitarians may have got it wrong (and right)
Adam was formed first, then Eve
If you enjoyed reading this post, why not share it with associates, friends, and loved ones?
Go to top level

What are the differences between man and woman according to the creation stories?
Why won’t there be marriage in the resurrection?
The “patriarchy paradox”: why both complementarians and egalitarians may have got it wrong (and right)
What is the case against the case against women’s ordination?

Jesus and the Capitol Hill mob
Now available! Hell and Heaven in Narrative Perspective (second edition)
Progressive Christianity and the narrative-historical method
A happy disappointing Christmas to everyone!
Podcast: Talking with Lynsey and Stuart Gilmour about an “alternative” approach to mission in Scotland
Podcast: The ends of the ages: church in the Anthropocene
What did Paul mean by the groaning of creation? Does the argument work today?
New Testament eschatological texts categorised by horizon
END_OF_DOCUMENT_TOKEN_TO_BE_REPLACED