Andrew: See above.
Andrew: I always struggle with this…
Arthur Davis: Thanks for this one, Andrew…
Jo: “In a narrative-historical…
Andrew: Hi Rosemerryn, thanks. Just…
END_OF_DOCUMENT_TOKEN_TO_BE_REPLACED

When prophecy mostly didn’t fail (4 comments)
What did it mean to be the “fragrant aroma of Christ”? (0 comments)
Oops, mustn’t forget it’s Pentecost Sunday this weekend (0 comments)
No, not that undomesticated Jesus, the other one (9 comments)
END_OF_DOCUMENT_TOKEN_TO_BE_REPLACED

The difference between “shalom” and human flourishing 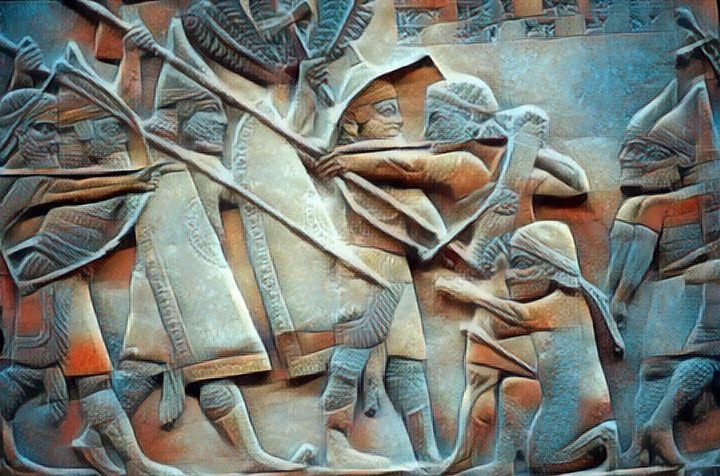 The Hebrew word shalom features prominently in “missional church” discourse. John Franke says, for example, in his Missional Theology: An Introduction: “The restoration of peace or shalom, the all-embracing blessing of the God of Israel and Jesus Christ, may be the simplest, most compelling, and most comprehensive way of articulating the content of the commission given to the church” (35).

Similarly, Michael Goheen writes in A Light to the Nations: The Missional Church and the Biblical Story: “Most of Jesus’s words and actions pertain to the healing of human life; in him, God is restoring human life to its intended shalom (78); “Peace (shalom) describes human life in creation as it was meant to be: a life of flourishing and prospering in which our relationships with God, with one another and with the non-human creation are luxuriant, thriving and wholesome” (92).

In Communitas’ guide to starting and shaping missional churches we quote Cornelius Plantinga: shalom means “universal flourishing, wholeness, and delight—a rich state of affairs that inspires joyful wonder as its Creator and Savior opens doors and welcomes the creatures in whom he delights” (Dynamic Adventure, 17).

The Hebrew or biblical concept of “peace,” therefore—so the argument goes—cannot be reduced to the absence of war or social disorder. Rather, shalom signifies an ideal state of human existence and therefore can be used to define and undergird a lively humanitarian and social justice dimension to the mission of the church.

In recognition of this I recently started adding the word to my narrative missiological model, as being more or less equivalent to the concept of a new creation flourishing: 1) Israel begins as a new creation people of shalom, which has recovered the original blessing of creation in microcosm, in the land; 2) they are redeemed and become a royal priesthood mediating between God and the world; and 3) in times of existential crisis they find a marginal prophetic voice—and even being—that speaks both to Israel and to the nations.

That biblical narrative is then replicated on a larger scale in the post-biblical era: first, the new stasis of Christendom, when the “land” becomes the continent and kingdom becomes empire, one way or another, and then the existential crisis of the Western church under a dominant secular humanist culture at the dawn of the Anthropocene.

It seems to me that the popular interpretation of shalom as “universal flourishing,” etc., needs to be corrected in two respects.

The first is that it should not be confused with New Testament expectations concerning the kingdom of God. I’ve made this point before and won’t go over it again here, except to say that “kingdom of God” and “new creation” are distinct ideas in the biblical narrative: the kingdom of God is a “political” concept; it has to do with judgment and rule; it relates to events in history and the government of nations.

Secondly, I’m not sure that it is right to identify shalom with the positive idea of human flourishing, either in Israel or beyond. I’m not going to attempt an exhaustive review of the usage of the word, but here are some instances to consider.

That will have to do. It’s a quick and arbitrary selection (let me know what I’m missing), but I am leaning towards the conclusion that shalom is not itself the “universal flourishing, wholeness, and delight” of God’s new creation. It is indeed—no doubt disappointingly—the termination or absence of conflict, between Israel and God, between Israel and the nations. It is highly desirable, but it is not an end in itself; it is a transitional concept; it is the “political” condition for flourishing.

In the prophetic narratives, of course, these various distinct concepts all neatly link together and cooperate. God acts as king in history (kingdom of God) to bring captivity, conflict, social disorder to an end and restore peace to his people (shalom), so that they may then again be blessed and flourish (new creation) and serve him in the midst of the nations (royal priesthood). I think the same separation of ideas and the same sequence of thought applies in the New Testament.

When prophecy mostly didn’t fail
What did it mean to be the “fragrant aroma of Christ”?
Oops, mustn’t forget it’s Pentecost Sunday this weekend
No, not that undomesticated Jesus, the other one
What does Luke’s account of Paul’s visit to Athens tell us about how to do “missional church”?
Not sure about the charts: please explain…
Kingdom of God and missional church: not as difficult to define as you might think
Defying history: the future of the church in a Third World Culture
END_OF_DOCUMENT_TOKEN_TO_BE_REPLACED