Cleanthes’ “Hymn to Zeus” and the renewal of monotheism (4 comments)
Conversation with Mike Bird about In the Form of a God (0 comments)
Answering Mike Bird about the referent of "all things" in 1 Corinthians 8:6 (0 comments)
Interview: The Preexistence of Christ and Narrative Historical Theology (1 comment)
END_OF_DOCUMENT_TOKEN_TO_BE_REPLACED

Salvation by faith, judgment by works, and the theological captivity of ideas

Someone got in touch recently asking about how we square the circle of justification by faith and judgment according to works in the New Testament. We are told all the time that we’re saved by faith and not by works—don’t you dare lift a finger to try and save yourself! But there’s no shortage of biblical texts warning that if we misbehave, we’ll get our comeuppance. Ephesians 5:5, for example: “For you may be sure of this, that everyone who is sexually immoral or impure, or who is covetous (that is, an idolater), has no inheritance in the kingdom of Christ and God.”

One of the questions raised about death is whether Christians face a divine judgment and if so why and what kind. It is a good question because on the one hand we believe that our acceptance with God is based on free grace purchased by the substitutionary sacrifice of Christ and that this acceptance is attained through faith not earned through meritorious works. But on the other hand the New Testament frequently teaches that believers will be judged by God along with all men and that both our eternal life and our varied rewards will be “according to works.”

His solution is to make a distinction between being “accepted into eternal life on the basis of the shed blood of Jesus” and “receiving eternal life according to works”. He understands “according to works” to mean that the good deeds that we do will be accepted by God as “corroborating evidence of our faith”. There will be an “accord” between our salvation and our works.

But the New Testament doesn’t say this. Paul’s argument in Romans 2:6-11 is not that works are in accordance with salvation but the reverse: either “eternal life” or “tribulation and distress” is assigned according to what a person has done. Works precede salvation or condemnation.

The problem, as so often with doctrine, is that an idea that was once running wild in a historical narrative has been captured and caged in a theology zoo. The viewing public gawps at the poor creature, wonders why it looks so confused and miserable, and has no idea how it would behave in its natural environment. 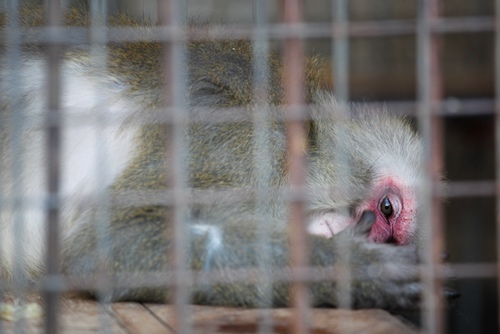 The hermeneutical problem is that our doctrines have grown so accustomed to captivity that they wouldn’t last five minutes if we returned them to the wild. So the best we can do is let them die out, shut down the zoos, and head off to the wilderness of the ancient narrative with our binoculars to see how these ideas worked in their original context.

So my basic argument is that the question needs to be evaluated, in the first place, from the perspective of the early churches as they faced two distinct historical-eschatological horizons: first, judgment on Israel in the form of a devastating war against Rome; secondly, judgment on the idolatrous pagan world and the conversion of the nations to the worship of the God of Israel. Both salvation by faith and judgment by works mostly have these realistic outcomes in view.

Judgment of the eschatological communities of believers

The first question then is this. The mission of the New Testament churches was to establish communities that would bear witness to the coming judgments and promised an inheritance in the age that would come after these judgments. On what basis did people participate in these communities and this witness?

Paul’s argument was that participation could not be on the basis of works of the Jewish Law—the Law simply was not producing communities of righteousness. Participation depended instead, therefore, on pistis, understood as a concrete belief and trust over time (hence also faithfulness) in the eschatological significance of Jesus’ death and resurrection. These were communities of people who believed that the resurrection of Jesus would have drastic and far-reaching implications for Israel and for the nations.

When the appropriate eschatological horizon came—judgment on Jerusalem or judgment on the pagan world—the communities of followers or believers would be “judged” according to what they had done. If a disciple was found not to have acted concretely over time according to his belief in the new future signified by Jesus’ death and resurrection, he would be excluded from the life of the age to come in the same manner as unbelieving Israel (cf. Matt. 25:30).

In such a storyline it is meaningless to differentiate between salvation by faith and judgment by works. You don’t start a race unless you intend to finish it.

The whole point of being a disciple was not that you were saved but that you would serve the interests of the master of the house in his absence. Paul understood very well that he did not deserve to be an apostle of the risen Jesus, but he also knew that the apostles would have to “appear before the judgment seat of Christ, so that each one may receive what is due for what he has done in the body, whether good or evil” (2 Cor. 5:10).

The letters to the seven churches in Revelation 2-3 give us a pretty good idea of what was at stake for these early pressurised communities:

In such a storyline it is meaningless to differentiate between salvation by faith and judgment by works. You don’t start a race unless you intend to finish it.

So if people, whether Jews or Gentiles, became part of a community of God’s new future “by grace through faith… not of your own doing”, etc., it was in order that they might do the “good works” for which they were “created in Christ Jesus” (Eph. 2:8-10). It was those “good works” which in the end would bring about the transformation of the ancient world that had for a long time been the goal of apocalyptic Judaism. The good works were everything.

Israel and the nations

The witness of these eschatological communities to the death and resurrection of Jesus became necessary because first Israel and then the Greek-Roman world faced the wrath of God (cf. Rom. 2:6-11).

The judgment of the nations was also narrative-bound. At the end of the age of second temple Judaism the nations would be judged by the Son of Man according to how they had treated the disciples (“the least of these my brothers”) who had been sent out into the world, on Jesus’ behalf, to proclaim the coming reign of the God of Israel (Matt. 25:31-46). Righteous Gentiles who had compassion on the disciples would be included in the new world-order; unrighteous Gentiles would be debarred, or worse. As I stated recently, this is not a personal judgment after death. It is a judgment of the nations, in the real world.

More generally, the ancient world would face judgment because of idolatry, sexual immorality and unrighteousness, climaxing in the overthrow of the great harlot of pagan Rome (Rom. 1:18-32; Rev. 18). Nevertheless, Paul expected some Gentiles to be found “in the right” on that day on account of their righteous behaviour—for bucking the trend depicted in Romans 1:18-32. In fact, they would put diaspora Judaism to shame (cf. Rom. 2:27).

Beyond that, for those of us who were not involved in the eschatological drama of the first three centuries, whose horizon is the third one of a final judgment, it appears that we must also expect to be judged according to our works:

Better pull our socks up, then. Eh?

Or maybe salvation-by-grace-through-faith will be assessed on the evidence of works?

Perhaps I still belong in the zoo.

Interesting post Andrew.  While I totally disagree with this three horizon outlook you have going — the great harlot is not pagan Rome; it’s fleshly Israel — I am interested in looking again at this dynamic of faith and works in the NT and how it fits within a 1st century context. I started rethinking this very topic myself about a year ago. I still haven’t worked it out to my satisfaction, but your insights will definitely help me along. Thanks for this.  Feel free to present more on this subject.  The more input the better.

“they were assured that if they persevered and conquered, as Jesus himself had conquered—that is, if they became martyrs…”

Do you think the writer was only referring to martyrs? It seems a bit strange to me that the writer was only talking about those in the 7 churches who would die as martyrs. Was martyrdom this widespread? Could ‘persevere and conquer’ simply mean ‘remain faithful until the return of Christ’?

That’s a fair point, though I am inclined to think that suffering as Christ suffered and conquering as Christ conquered remains the leading idea; and there is the clear statement in Rev. 20:4 that those who had lost their lives because of their testimony would be raised in a first resurrection to reign with Christ throughout the coming ages. The obvious point of comparison here would be 1 Thessalonians 4:13-17 and Paul’s distinction between the dead who are raised and the living at the parousia.

Cleanthes’ “Hymn to Zeus” and the renewal of monotheism
Conversation with Mike Bird about In the Form of a God
Answering Mike Bird about the referent of "all things" in 1 Corinthians 8:6
Interview: The Preexistence of Christ and Narrative Historical Theology
How we got from kingdom to Trinity: Constantine and pagan monotheism
Jesus and Paul, works and faith
Some hazardous thoughts on the Trinity for a new year and a new era
Was it Roman custom for people to return to their home town for a census?
END_OF_DOCUMENT_TOKEN_TO_BE_REPLACED