Gerald: TreeI see the New Heaven as…
Samuel Conner: This is just an…
Helge Seekamp: Here the transcription as…
Helge Seekamp: Now, I worked it through and…
Keith Witwer: Gentlemen,  Thanks for the…
END_OF_DOCUMENT_TOKEN_TO_BE_REPLACED

More on missional theology: was Jesus a liberation theologian? 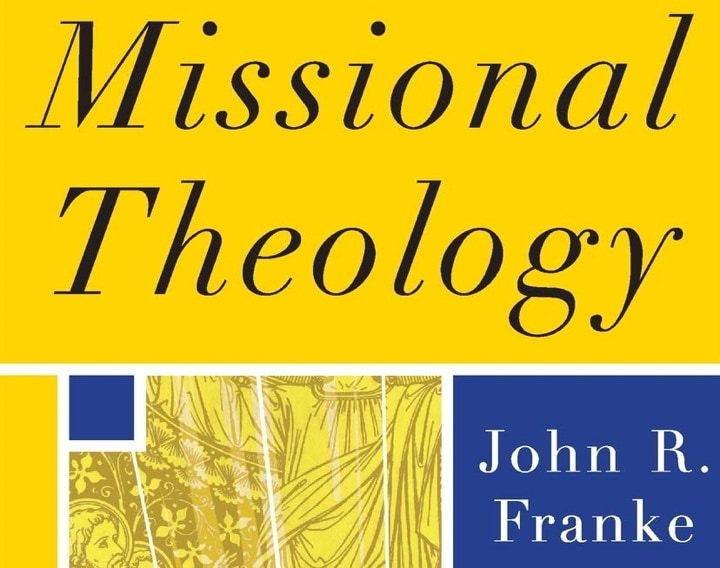 Theology always emerges from a particular set of circumstances and conditions that give it a particular shape. From the cultural particularity of Second Temple Galilean Judaism to the passage of Christian Theology into the thought-forms of Hellenism and numerous other cultural settings…. (70)

Well, I liked it on first reading. On second reading, I’m not so sure.

Agreed, theology is shaped by culture in complex and often unobvious ways. But there is more to any “particular set of circumstances and conditions” than culture. What theologians, including missional theologians, consistently fail to take into consideration is the historical perspective of the people who are generating the theology in their particular context—the story in which, consciously or unconsciously, they are participating.

So, yes, the Greek fathers had to translate the problematic Jewish nexus of Father, Son, and Spirit into the efficient, rational—rational to the point almost of being mathematical—thought-form of Trinitarian orthodoxy. But what gets forgotten is the Jewish-Christian apocalyptic narrative, evidenced from Acts onwards, that has the occupation of the Greek mind as its more or less explicit objective.

As a result, we have no good narrative connection or continuity between the eschatological vision of the New Testament and the eventual consolidation of the Christian presence in the Greek-Roman world. The theological enterprise merely requires proof texts or pointers to the validity of its own theoretical conclusions. Eschatology will have to wait.

Will those who are liberated be few?

Or to take an example from Franke’s previous chapter on missional church, the “particularity” of Jesus’ theology of “liberation” is not merely cultural. It is unhelpful to think of this as a universal agenda that just happens to be expressed in language and thought-forms current in Second Temple Galilean Judaism.

Franke quotes Jesus’ reading from Isaiah 61 in Luke 4:16-21 and then asserts:

This emphasis on the liberating ministry of Jesus points to an understanding of the church as the community of Christ’s followers who join with Jesus in his struggle to liberate humanity from the forces of oppression and enslavement. (47)

He asks why everyone in the synagogue got so upset and tried to kill Jesus by throwing him over a cliff (Lk. 4:28-29). Because Jesus had made the point that “liberation extends to all people, not just to a particular group” (50). Elijah had helped a non-Jewish widow, Elisha had healed Naaman the Syrian (Lk. 4:25-27). “The liberating grace and love of God are for all, not just for the chosen few.”

I don’t think that that is what the story is about at all.

According to Isaiah, the Spirit of God has empowered the prophet to bring good news to the poor, to bind up the broken-hearted, to proclaim liberty to the captive and the year of the Lord’s favour (Is. 61:1-3). The message is delivered to those who “mourn in Zion”—it is, in effect, Luke’s equivalent of the Beatitudes. The city will be rebuilt, the covenant with Israel will be renewed.

When Jesus says, “Today this Scripture has been fulfilled in your hearing” (Lk. 4:21), he does not mean that he is inaugurating a general mission of liberation that will be carried on by the church. He means that those who, like Anna, were “waiting for the redemption of Jerusalem” (Lk. 2:38), who hungered and thirsted for righteousness, etc., could be assured that the God of Israel was again about to act on behalf of his oppressed people to liberate, rebuild, and restore.

In this context, the saying about one or two people outside Israel who benefited rather than the many widows and lepers in Israel stands as a condemnation of the faithlessness of those who would hear his words and reject them. The other side to the promise to those who mourn in Zion is the warning of a catastrophic judgment. The coming of the kingdom of God would be a two-edged sword.

The widow of Zarephath and Naaman the Syrian are no more the first fruits of a mission to the nations than the Syrophoenician woman, who was lucky to get the crumbs that fell from Israel’s table (Matt. 15:21-28; Mk. 7:24-30).

The sheep and the goats

Further flimsy support for the mission-as-liberation argument is found in two other passages: Jesus’ story of the separation of the sheep from the goats in Matthew 25:31-40, and the statement in James 1:27 that “Religion that is pure and undefiled before God the Father is this: to visit orphans and widows in their affliction, and to keep oneself unstained from the world.”

I’ve discussed the sheep and goats passage on several occasions. What it teaches is not Jesus’ “concern for the poor and marginalized.” This is a judgment of the nations, at the time of the vindication of the Son of Man, according to how they reacted to the presence of Jesus’ destitute and persecuted disciples—the “least of these my brothers” (cf. Matt. 1040-42). No doubt, Jesus would have had something to say about the oppression of the poor and marginalised in the Greek-Roman world, but he does not say it here—or anywhere else. See further:

Look after your orphans and widows

James makes a very Jewish point. He is writing to “the twelve tribes in the Dispersion,” which evokes a very Jewish mindset, even if it must be interpreted figuratively. He is not setting out a missional programme; he is calling these communities to maintain an internal righteousness, to observe the “law of liberty,” to keep themselves unstained from the world (James 2:22-27).

The concern for orphans and widows is likewise an internal matter—as, for example, in Psalm 146:9: “The LORD watches over the sojourners; he upholds the widow and the fatherless, but the way of the wicked he brings to ruin.”

James is not exhorting them to do humanitarian work among the nations, and there is certainly no thought of liberating the oppressed. He is teaching them how to look after themselves in a hostile social-cultural environment as they wait for the coming of the Lord (James 5:7).

There undoubtedly is a broader theology of liberation in the New Testament. It is found most widely in the apocalyptic idea that the Greek world would be liberated from its bondage to idolatry (Acts 14:15-17; Rom. 1:18-23; 8:20-22; 1 Thess. 1:9-10; Rev. 14:7) and from the concomitant ethical and social evils described in Romans 1:24-31 and elsewhere. It is also found in John’s vision of the overthrow of Rome and the implicit liberation of peoples from its dreadful corrupting power (Rev. 18).

But the mission of the churches is not actively and directly to bring about these ends. It is, I think, to embody the prophesied future post-pagan reality in their corporate lives as a matter of rather strict obedience, no matter what the cost.