davo: When the ordinary Jewish…
Mark Newton : What I don’t understand is…
Kevin Holtsberry: Very helpful summary. I…
Andrew: Thanks, for this, Richard…
Samuel Conner: Just starting into your new…
END_OF_DOCUMENT_TOKEN_TO_BE_REPLACED

In the form of a God: The Pre-existence of the Exalted Christ in Paul: what the book is about and why (2 comments)
Notes on J. Richard Middleton’s The Liberating Image: The Imago Dei in Genesis 1 (0 comments)
Our eco-theological blindspots and the climate crisis (0 comments)
Biblical hermeneutics and the destabilising of the world (0 comments)
END_OF_DOCUMENT_TOKEN_TO_BE_REPLACED 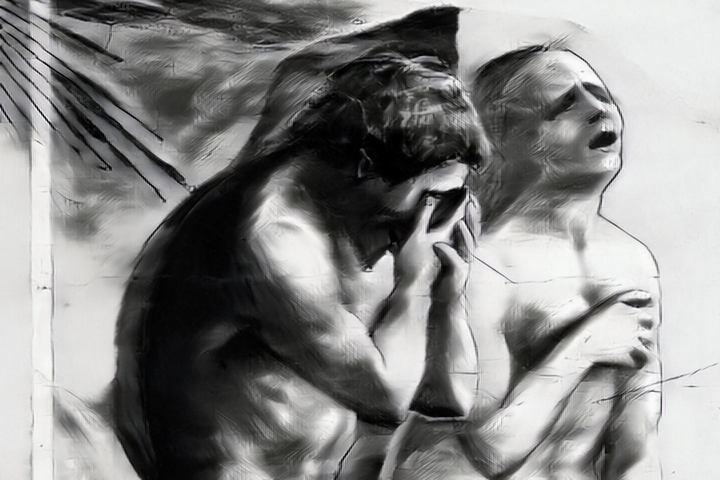 What happens when Adam and Eve disobey God and eat the fruit from the tree of the knowledge of good and evil? What are the consequences of their sin? How does it change things? The common assumption is that the “fall” is a catastrophic ontological event that corrupts not only humanity but the whole of creation—with the corollary that redemption entails the “healing” not only of humanity but of the whole of creation. I rather think that this controlling theological construct is overblown. My basic point would be that the biblical perspective is presented as story, not as theology, and not as theology dressed up as story—in effect, allegory. This is as true for the mythopoetic narrative in Genesis 2-3 as for Paul’s essentially historical reflection on creation or the created thing being in subjection to futility, groaning, and in pain in Romans 8:19-22.

So what actually goes wrong when Adam is caught in the garden with his pants on?

Well yes, first, the direct effect of eating the fruit is that their eyes are opened, they become conscious of their nakedness, and they make rudimentary clothing to cover themselves (Gen. 3:7). The intense experience of shame is presumably understood to be a key marker of moral self-awareness, but it also intrudes on the “one flesh” relationship of the man and the woman, who at first “were both naked and were not ashamed” (2:24-25).

Secondly, the woman will endure intense pain in childbearing and will find herself trapped in an unequal and probably conflictual relationship with her husband. He will rule over his demanding wife in the same way that Cain will have to rule over the importunate sin that crouches at his door (4:7). The repressed and precarious existence of women in patriarchal societies is judgment on her transgression.

Thirdly, the ground (ʾadamah) from which Adam was formed will be cursed “on account of” him (Gen. 3:17) or “in your labours” (LXX), inasmuch as human subsistence has become difficult or dangerous. Instead of eating the readily available fruit of the garden, he will have to cultivate the “plants of the field” by the sweat of his face until he dies and returns to the ground (3:17-19).

It is important to note that God “formed the man of dust from the ground” before planting a garden in Eden (2:5-8). To return to the dust of the ground, therefore, is to return to an original condition: Adam existed first on the barren earth, he lived and worked for a short period of time in the garden, but was then expelled from the garden back into a wider world that had been there all along. The point is emphasised when God decides to drive Adam from the garden “to work the ground from which he was taken” (3:23).

There is a midrashic expansion of the story of the expulsion of the first couple from paradise in the first century AD Life of Adam and Eve. It begins abruptly. They are driven out of paradise, make a tent for themselves, mourn for seven days, get hungry, and go looking for food but with no success. They search further afield but find “nothing such as they had had in Paradise, but only such as animals eat” (L.A.E. 2:2). Adam explains to Eve, “The LORD apportioned this for animals and beasts to eat, but for us there used to be the food of angels” (4:2). Eventually, the angel Michael turns up with an assortment of seeds and shows Adam how “to work and till the ground so as to have produce by which they and all their generations might live” (22:2).

Life of Adam and Eve is a Latin version of what is presumed to have been a Hebrew original. There is also a Greek version, known as the Apocalypse of Moses, which lacks substantial parts of the story as it appears in the Latin text. In his introduction to the translation in The Old Testament Pseudepigrapha, Johnson notes the close affinity of Life of Adam and Eve with the writings of Paul. He affirms Wells’ view that Paul was a near contemporary of the original author and “moved in the same circle of ideas.”

I mention this because it highlights the narrative continuity between life in the garden and life on the outside, not some radical disjunction between a pristine and a fallen creation. If Johnson is right, then it is all the more likely that Paul thought along similar lines, not in terms of later metaphysics.

So what actually changes? It is not clear that Adam and Eve would have died in the garden, but they are denied the opportunity to eat of the tree of life and live forever, virtually as divine beings (3:22). Because of deception, ignorance, and disobedience they have forfeited the right to enjoy a blissful, innocent existence in Eden. But there is no ontological “fall” as such, whether of humanity or of creation as a whole. There is no change of state; nothing is broken, nothing is transformed.

Instead, what happens is that Adam and Eve are sent from the garden and become part of the natural, painful cycle of life and death. They lose their privileges, but the calamity is only that they now have to fend for themselves, amongst wild beasts, on ground that produces thorns and thistles, painfully bringing forth each new generation. The created order remains what it always was.

So where does that all leave us?

Well, first, again, there is no “fall” in Genesis 3 from some elevated, ideal state of creation to a degraded or corrupted state of creation. It’s wrong to think of a perfect world turning sour because Adam and Eve ate the fruit of the tree of the knowledge of good and evil. Rather, what we have is their lateral expulsion from a safe environment back into the real world, so to speak, a hostile world to which they struggle to adapt. They do not fall downwards, they fall sideways. The garden continues to exist, but there is no way back into it, no access to the tree of life (Gen. 3:24).

The only ontological change (if we can call it that) in the whole story is that their eyes are now open. They are no longer like the animals. They have gained a god-like sense of moral responsibility.

Secondly, of course, Paul says that death came into the world through the sin of Adam (Rom. 5:12), but this is only a summary of the more elaborate story told in Genesis 2-3. How death comes into the story is not at all clear, but Paul’s argument has to do not with ontology but with judgment, and in this much he is in agreement with the Genesis story.

Thirdly, it is unlikely that Paul thought in terms of a cosmic fall and a cosmic redemption. He is always—like any biblical prophet—a historical thinker, wrestling in the first place with the troubled state of his people in a fiercely pagan world. The point he makes in Romans is that the Greeks, like other peoples, once knew enough of the living creator God to have worshipped him alone, because his power and divine nature were evident in the things made. But they decided to suppress that insight and to worship the created thing instead of the creator (Rom. 1:19-23). Therefore, they face the fairly imminent “wrath” of God (Rom. 2:9; cf. Acts 17:29-31).

It is not clear that Adam and Eve would have died in the garden, but they are denied the opportunity to eat of the tree of life and live forever, virtually as divine beings (3:22). …

But there is no ontological “fall” as such, whether of humanity or of creation as a whole. …

Instead, what happens is that Adam and Eve are sent from the garden and become part of the natural, painful cycle of life and death. …painfully bringing forth each new generation. The created order remains what it always was. …

Rather, what we have is their lateral expulsion from a safe environment back into the real world, so to speak, a hostile world to which they struggle to adapt.

Thanks for your thoughts, Andrew.

I’m inclined to wonder, think, and speculate… that physical pain and death were likely ever-present natural realities of the original created order. If the pain of Eve’s child-bearing could be increased, might this suggest that pain was already a present reality “pre fall”? Again, if Adam could reach forth and imbibe from the Tree enabling him to “live forever” then might this suggest the presence of pre-existing biological death and decay “pre fall”?

As For Paul’s “death entered”… maybe this ‘death’ can be simply understood in terms of the fractured nature of life relative to Adam’s sphere of existence and influence, and not so much globalised out to all and sundry as is typically assumed? Again, just wondering.

Agreed. We may not be able to answer all these questions, but they point to the fact that the theologically instructed reader is often deaf to what the text is actually saying. It’s a bit like the argument for a proto-gospel in Genesis 3:15.

The idiom “multiplying I will multiply” (harbah ʾarbeh), translated “I will surely multiply,” occurs twice in the expression “I will surely multiply your offspring” (Gen. 16:10; 22:17). I wonder if the point, then, is not so much that Eve will suffer intense pain but that she will suffer the pains of childbirth repeatedly—women in traditional (patriarchal) societies will have many children, and may well die in childbirth.

Very interesting, that interpretation helps to fit some of the pieces together that haven’t seemed right.