Gerald: TreeI see the New Heaven as…
Samuel Conner: This is just an…
Helge Seekamp: Here the transcription as…
Helge Seekamp: Now, I worked it through and…
Keith Witwer: Gentlemen,  Thanks for the…
END_OF_DOCUMENT_TOKEN_TO_BE_REPLACED

Someone recently told me that the narrative-historical perspective is “quite disorienting”. The experience reminded him of a quote from the philosopher Wittgenstein: “Language is a labyrinth of paths. You approach from one side and know your way about; you approach the same place from another side and no longer know your way about.”

I have often thought about it in similar terms. Scripture is a great forest. Evangelical tradition has bulldozed a broad, efficient road through the forest, and many are those who walk briskly along it, in a hurry to get from A to B. But a growing historical awareness is teaching us to look at the forest with different eyes and with greater curiosity. For all the clarity and efficiency of the traditional theological route, it gives us a very misleading impression of the shape and extent and life and richness of the forest. 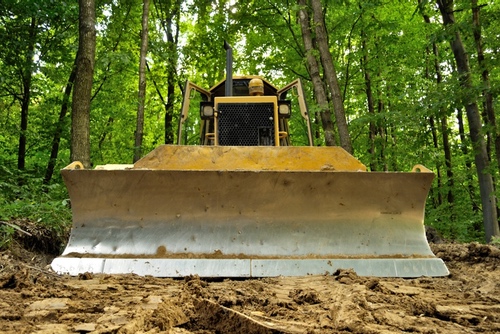 Here I list very briefly 24 ways in which (as I see it) the shift in perspective changes conventional evangelical ways of thinking—how it casts beliefs and doctrines in a different light. It also serves, indirectly, as a response to Björn Wagner’s question about mission and theology.

The Bible: The Bible tells the story of how the God who called Abraham would eventually become God of the nations. It is true insofar as it is an accurate witness to how the community understood that story.

Story: Current evangelical theology focuses on personal and (to a lesser extent) cosmic themes but almost entirely ignores the central narrative of scripture, which patently has to do neither with the salvation of individuals nor with the restoration of the cosmos but with the historical existence of Israel in relation to mostly hostile nations. Evangelical theology has got the whole narrative structure inside out.

Jesus: For evangelical theology Jesus is God-as-man, who invades history at an arbitrary point in order to save humanity. The narrative-historical approach puts Jesus firmly back in the New Testament narrative and puts the New Testament narrative firmly back in its literary and historical context. Jesus cannot be properly understood apart from what happens before and what happens after.

Apocalyptic: The theology of Christendom has been at core Johannine: Jesus is the Word become flesh who takes away the sin of the world. Both historical criticism and historical experience, however, are pushing us to recover the much more widely attested apocalyptic storyline, running from the Synoptic Gospels, Acts, Paul and culminating in Revelation, which is that God has put his Son in charge of things, not least the historical fate of his people. I use the term “apocalyptic” here because the whole story works towards realistic outcomes that were most vividly described in Jewish and Jewish-Christian writings.

Atonement: Traditionally Jesus’ death has been understood as an atonement for the sins of the world according to an abstract universal metaphysic. Under a narrative-historical hermeneutic it is primarily a death for the sins of Israel according to a Jewish martyrdom theology or at least a general understanding of the place of suffering in Israel’s story.

Kingdom: Statements about the coming kingdom of God have in view not a final renewal of all things (that’s another matter) but the intervention of God in history to judge his people and establish his own rule over the nations of the ancient world.

Great Commission: The so-called “Great Commission” was not a universal missional mandate. The disciples were sent to tell Israel and the nations about the significance of the resurrection in the period leading up to the end of the age of second temple Judaism.

Gospel: The gospel was not “believe in Jesus and you will have eternal life”. It was the public announcement that through the judgment and restoration of his own people the God of Israel was about to bring centuries of pagan domination to an end and annex the nations of the Greek-Roman for his own rule.

Pentecost: Pentecost was interpreted by Peter not as the founding experience of the universal church but as the indiscriminate empowering of the community of disciples to continue Jesus’ prophetic proclamation to Israel on the years before the war against Rome.

Church: The New Testament church is not a model or template for the universal church throughout the ages but a remnant of the people of God in eschatological transition. It is the historical community that must make the difficult journey from the death of its leader in Jerusalem to an improbable victory over the supernatural forces that inspired and sustained pagan Rome. This is part of our story, but it is not our story.

Discipleship: Disciples, apostles and communities of believers were trained with eschatological outcomes in view. Jesus taught his disciples to take up their own crosses in the expectation of being vindicated at his parousia (see below). The apostles built churches that would survive the coming day of persecution. Paul knew that if he was to fulfil his calling he would have to suffer as Christ had suffered, in the hope of being glorified as Christ had been glorified. Discipleship is learning to deal with our place in the story.

Justification by faith: The doctrine of justification by faith belongs to the eschatological narrative: the church in transition would eventually find itself publicly justified for having believed—and for having acted on the belief—that the resurrection of Jesus from the dead signalled the impending transformation of the standing of God’s people in the ancient world, etc.

The parousia: The coming of the Son of Man or parousia marks not the end of history but the moment when Jesus “comes” to deliver his persecuted followers from their enemies and share his glory with them.

Heaven: Contrary to the traditional view, going to heaven at death is not for the whole universal church. It is the suffering church in eschatological transition—in particular the martyrs—which shares in a “first resurrection” and reigns with Christ throughout the coming ages at the right hand of God. The rest of us have missed that bus and will just have to wait for the next resurrection to come along.

Hell: In narrative-historical perspective there is no place of conscious torment after death, traditionally called “hell”. But historical judgments against Israel and against an aggressive paganism are conceived in fiercely apocalyptic terms. Jesus’ “judgment of gehenna” refers to the horrors of the coming war against Rome and siege of Jerusalem.

Mission: Mission should be defined in line with the core “political” narrative. The church in the West today is the “Abrahamic” community that is the product not only of this eschatological transition narrated in the New Testament but of subsequent developments—notably the collapse of Christendom and the assimilation to modernity. We are still a priestly-prophetic people called to serve the one true living God, but with all this narrative baggage. The church in the West today must rise to the particular challenge of securing a credible ongoing witness as society reinvents itself on a post-Christian basis.

Missio Dei: Perhaps the missio Dei could be construed as God determining to maintain a viable priestly-prophetic people for himself, throughout history, come hell or high water, for the sake of his reputation among the nations and cultures of the world.

Renewal of all things: Highlighting the dominant political narrative that controls scripture contradicts optimistic arguments about the progressive or eventual conversion of all humanity and restoration of the world-as-we-know-it. In the course of history there are high points and low points, but everything is contingent—temporally and geographically.

The end: Humanity will always be in rebellion against the creator. The church is not somehow collaborating with God in the slow and fitful transformation of the world. But in the end, I think, God will have the final word over everything that is corrupt and wicked, including the final enemy death. There will be a final judgment of all humanity and a new heaven and new earth.

Theology: The goal of theology is to serve the narrative, to make sense of the narrated existence of God’s people. Theology should not be an excuse for misreading the texts.

Why is the doctrine of the Trinity not wrong if it is simply something that emerged centuries later out of the contacts of what’s apps are included in scripture?

I will not even touch into its critical christological failure in denying the human person of Jesus Christ — the man christ Jesus.

Greg, it seems to me that it is precisely because it emerged so much later and under very different intellectual conditions that the doctrine of the Trinity was a necessary and valid reformulation of the biblical material.

We now look back on that process with whatever degree of historical-critical consciousness we bring to it and judge it flawed. But if Christian faith was going to be sustainable on a civilisation-wide scale, so far removed from its Jewish origins, it was essential, I suspect, that the story of Christ’s elevation to the right hand of God, in the heavenly court, to pour out the gift of the Spirit of prophecy and of a new covenant on his followers and to rule over the nations was translated into a “rational” Neo-Platonist metaphysics.

We have formally preserved that translation in our creeds, but it is under considerable strain from two directions—historical readings of the New Testament which highlight its essentially apocalyptic character, and a modern metaphysics that struggles to make sense of classical three-in-oneness.

My sense is that a historical hermeneutic gives us much better grounds not only for interpreting but also for believing the New Testament. But both classical orthodoxy and the demise of classical orthodoxy are part of history and have to be taken seriously. Where do we go from here? That’s what we’re working on.

Jamie Davies on the apocalyptic Paul: from Weiss to Martyn
The narrative vocabulary of rape in the Old Testament and the counter-example of Amnon and Tamar
No one’s blaming Bathsheba
Further notes on David and Bathsheba
Did David rape Bathsheba?
The marginalised servant of the Lord: existence, function, and dysfunction
When prophecy mostly didn’t fail
What did it mean to be the “fragrant aroma of Christ”?
END_OF_DOCUMENT_TOKEN_TO_BE_REPLACED